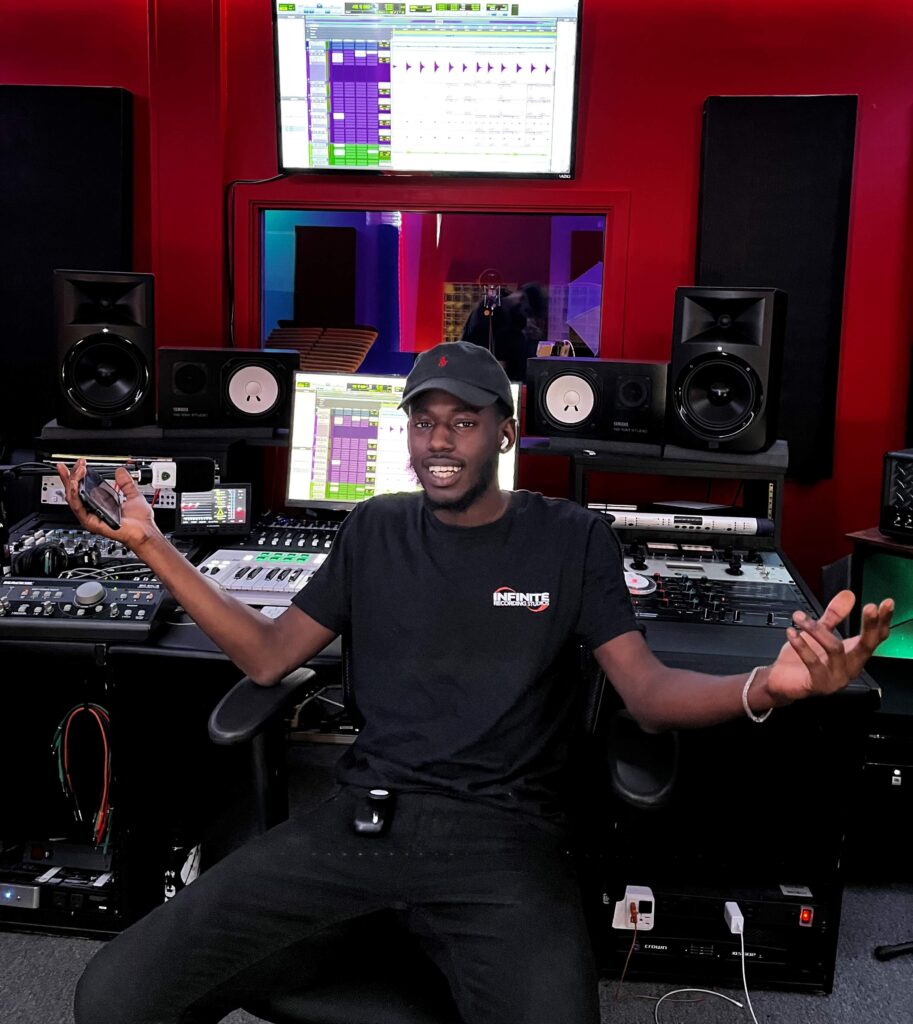 Recording Connection grad Phillip Dickson Jr. enrolled in Recording Connection’s 6–9-month Audio Engineering & Music Production Program once he’d decided being self-taught would take him only so far. Since that time, Phillip has grown as a beatmaker and producer, and even landed the post of staff engineer at Infinite Recording Studios, the very same Boston studio where he trained.

Read on to learn more about Phillip’s journey and to get his advice on how to make the most of one’s time in the program.

Where you were at in life when you found Recording Connection?

“I was looking for something to do with my music after high school because I knew I wanted to do some professional music production…. I had people that really liked my music, but the recording part was the problem because I didn’t know how to record… I was just figuring it out on my own, trying to learn the music, trying to engineer, produce as well as record.”

How many hours, overall, do you think you spent not on actively making music but on trying to figure things out?

So, you reached out to Recording Connection and went to interview with mentor Steve Catizone at Infinite Recording Studios in Boston. Tell us about that.

“I came in thinking it was going to be intimidating, like, ‘Oh, my gosh, will he like my music? Oh, this is a professional guy. I’m not a professional,’ … but it was… literally the opposite…. I came in [and] he was like, ‘All right. Let’s get into it. Let me hear your music.’ And then we dived into [it]… and we started a conversation about what I wanted to do with the music.”

Your dad went with you. What was that like? Did he ask questions or just observe? “It was a mix of both. He would ask questions, you know, parental questions… to get more information. But then he would sit back and really watch what’s going on and see how I’m acting… to see if I really wanted it, and it’s something I really wanted.”

What are some of the biggest or most helpful things Steve has taught you?

“We sat down going from lesson one, what is sound and all that, like, I didn’t even really know what sound was!… That even blew my mind…. So, now, I think about sound differently when I’m producing…. He explained… a lot of things from how I would deal with artists, clients, to how I would sidekick to the 808 and engineering questions. So, [there’s] a lot of information that he helped me with. …

As far as engineering, Recording Connection, they taught me everything from the input of the mic to EQ’ing, mastering the finished products, everything. And there’s a lot to go through. There’s a lot…. I can do a lot more than I thought I could have [before]. A lot more.”

When it came down to getting the right sound, was being able to learn straight from a pro helpful?

You’re now officially part of the team at Infinite Recording Studios. How did you feel when you got brought on as staff engineer?

“When I was brought on at Infinite, I felt accomplished, motivated, and prepared. I had worked very hard in my studies and my craft for a long time.”

Along with your work at Infinite, you’ve also been producing an up-and-coming artist.

“Her name is Shine Red Diamond [@shinereddiamond on Instagram]. I met her through a studio owner and my business partner…. We’re basically helping each other become each other’s best. So, everything production-wise, she can get from me, and everything from an artist, I can get from her. And we are working on… two mixtapes and an album. The album is pretty much… done and the mixtapes are on [the] way.”

How does it feel to be a working pro?

“I feel much more knowledgeable and confident. I gained a lot of real in-the-studio experience. Working in real time where anything can go wrong, teaches me many ways to fix many problems that I run into before, during, and after a session.”

What’s your advice to current and future Recording Connection students? How can they make the most of the program while they’re in it?

“When you are taking the Recording Connection’s classes, do take them very seriously because it’s a lot of information to know…. If I had this information [before] Boom! It would have been a lot easier. A lot easier… and not a lot of time wasted. Just figuring out the ‘simple stuff’ that I learned here is crazy. It’s really crazy.” 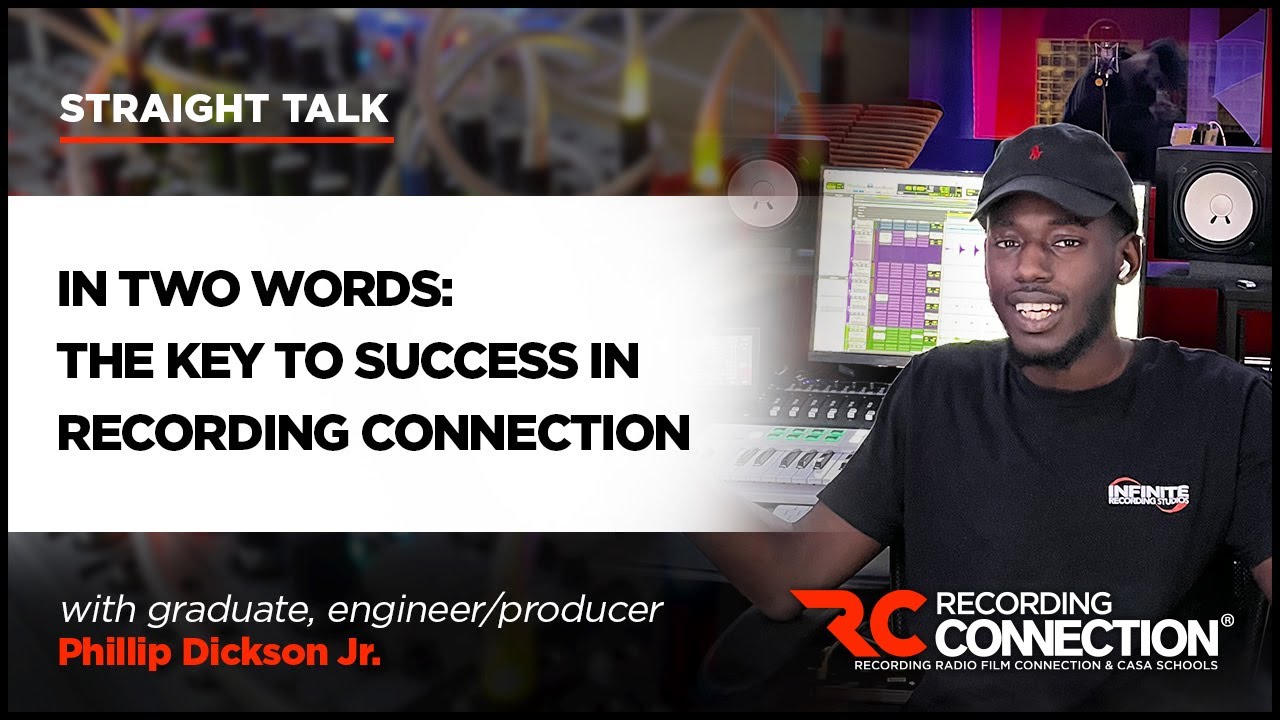