Recording Connection grad Efrain Matias enrolled in Recording Connection’s 6-9 month Advanced Audio Engineering & Music Production Program just as his military career was coming to an end. Efrain’s crucial decision invest in developing his engineering and music production skills and focus on doing what he loves led to him getting hired where he trained, launching his own business, and ultimately opening Silverback Audio in Burbank, where he and his wife and head of business development, Destany Matias, serve as co-owners.

Now, the ex-service member is servicing an array of artists across various genres, one session at a time.

What led you to Recording Connection?

“What led me to Recording Connection was me wanting to get my foot in the door at a studio…. Recording Connection made sense. I already had a little bit of experience under my belt. So going into the advanced audio engineering curriculum was really beneficial for me…. I got straight to the point. And then I got to work with Bernard and he… decided to take me on over at his studio.

I [had] spent a lot of time working in the military, doing a lot of difficult things. And so I figured if I was going to work this hard at anything, it might as well be something that I genuinely am passionate about.” Find out how Efrain went from extern to studio owner in our Straight Talk video below! 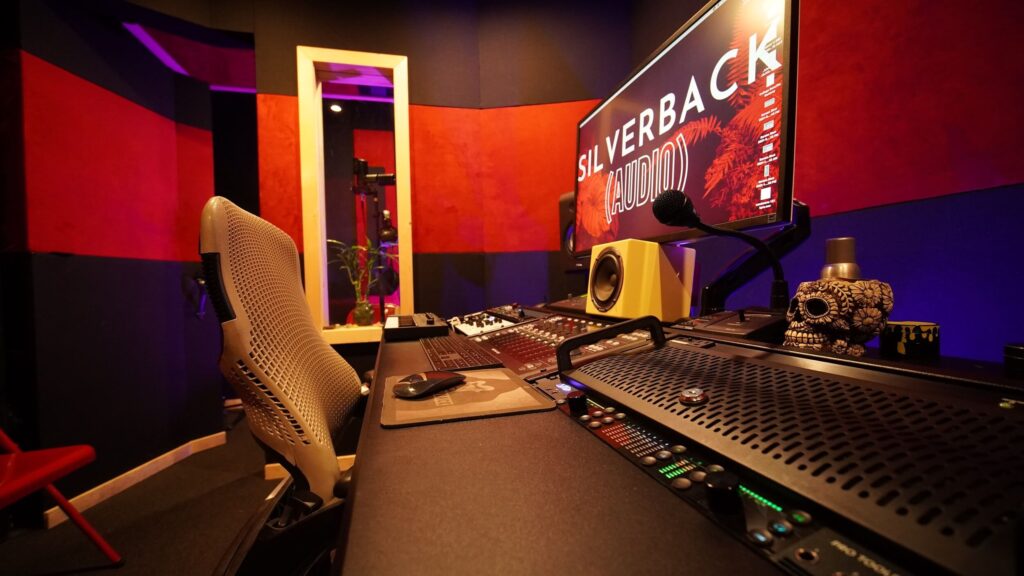 Training with Bernard “IQue” Johnson, what are some of your biggest takeaways from that experience?

“He really preached about trying to get the performance out of the artist…. And he taught me to, when I’m hearing a song, not only to listen to performance, but also what else needs to be there and how to… ask for that. A lot of times, artists will go through and have, like, real high energy. But because the verse is 16 bars long, they may run out of breath in the middle of a record, and then you lose that energy halfway through a take. And so to, identify that, find what’s working with the artist, because you’re really subject to where their talent lives.

He showed me a lot of his business processes and creating invoices for clients and stuff like that… the nature of the business and how to take advantage of several sources of income, not just working with musicians, but also showed me how to train other people, showed me how to set up templates for post-production or capturing dialogue for film and stuff like that. … And he showed me some really simple techniques for miking a drum kit. That was really interesting…. [And] he helped solidify or verify any speculation about certain things.”

Take us through your evolution from Recording Connection graduate, to working in Bernard’s studio in San Diego, to opening Silverback Audio in Burbank.

“So I was working with Bernard for a long time and he expressed that he’s probably going to be taking his services over to Phoenix [and he started] prepping me on all the business aspects and expenses that are outside of just your normal things, like your gear that you would have, and seeing if I wanted to possibly either take over his lease over at his location or just preparing me so I can accept my own clients and run things as normal as possible.

So I started working, taking my own clients from home…. A lot of the records just instantly started doing really well and… so, I started becoming known for putting out quality.

And from there, I ended up opening my own commercial location from my house. And that was right around COVID… and it made things really difficult. But then, because a lot of studios closed down, I had a lot of work. And so, I was quickly working with a lot of the top talent in San Diego. And we had one record… we probably cut this record in about 45 minutes. Recorded it, mixed it, mastered it…. I think right now it sits at almost two million views with no marketing or anything like that, just working with local talent…. And I decided that, you know, as much as I love San Diego, it’s time for me to expand and try some other things and see what else I can do in the Los Angeles area. So, we ended up moving our studio to here in Burbank.”

How important is it for someone going through Recording Connection to be proactive, to be the manager of their own success in the program?

What’s your advice to current and future Recording Connection students? How can they make the most of the program while they’re in it?

“By really practicing the things that your mentors teach you at home. Because we can learn a lot one on one, but when you’re alone, you’re going to expose yourself to all the things you forgot and all the ideas that you have in your head that you aren’t sure [on how] to translate into Pro Tools…. Once you put yourself in that situation several times, you’re going to be able to really start developing your skill, knowing what your limitations are; it’s going to create more questions back in the studio. ‘Oh, how do I do this thing?’ Or, ‘I was at home and I was trying to record the keys and I came across this issue.’ [Or] maybe you’re having latency on the MIDI Controller and you don’t understand that process.”

Let’s circle back to something you mentioned at the beginning of this interview. You said Bernard had taught you to listen for what else needs to be there in the song as you’re tracking the vocals. Many call that having the “ear of the producer.” How can aspiring producers develop that ability?

“That’s a really good question. I go for familiar is the best way I can explain it…. I try to figure out… ‘What was that performance like in a similar record?’ I know if they’re doing a lot of aggressive type of vocal work, similar to a punk song or something, certain elements go really well with punk records, and you’re like, ‘Well, I could really get a cool, distorted type of vocal sound and that could really steer me in the right direction.’ And so, I think about what different genres tend to have in their songs and kind of imagine what that would be for this song.”

We’re happy to announce, Efrain Matias is now a Recording Connection mentor! If you’re interested in training with him or one of our other amazing mentors, reach out!


Efrain Matias Tells How He Went from Extern to Studio Owner. 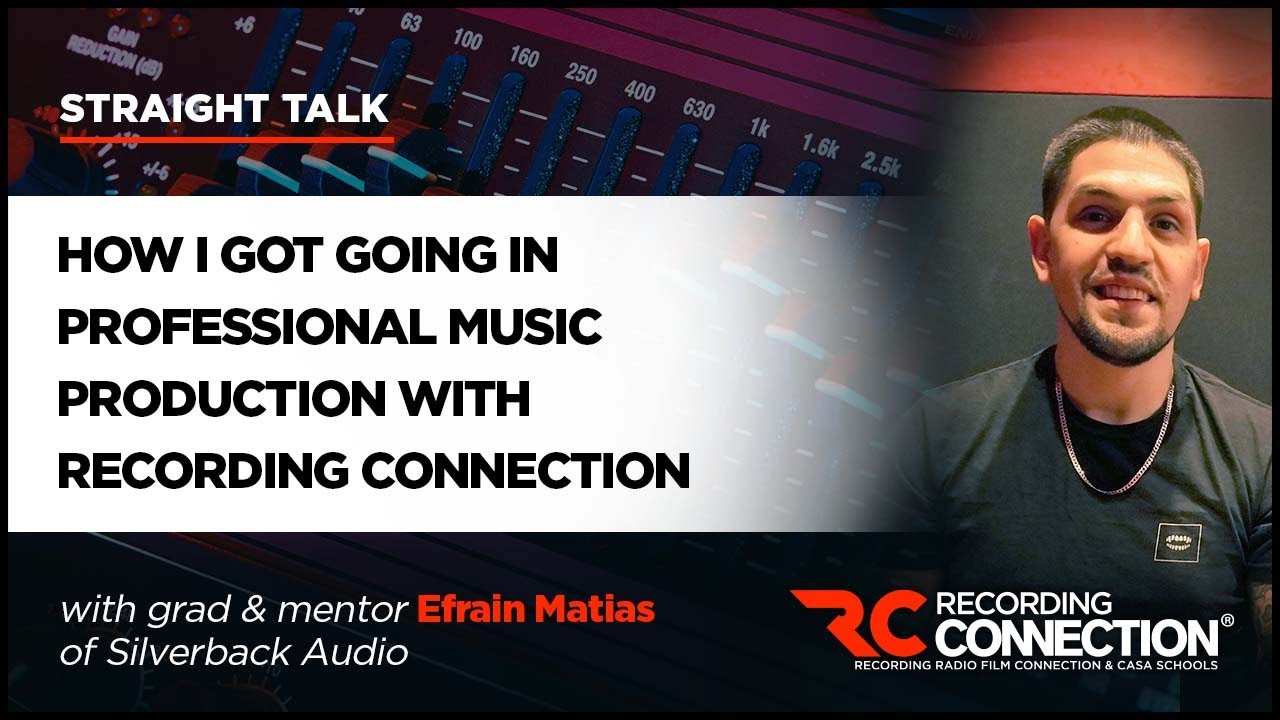