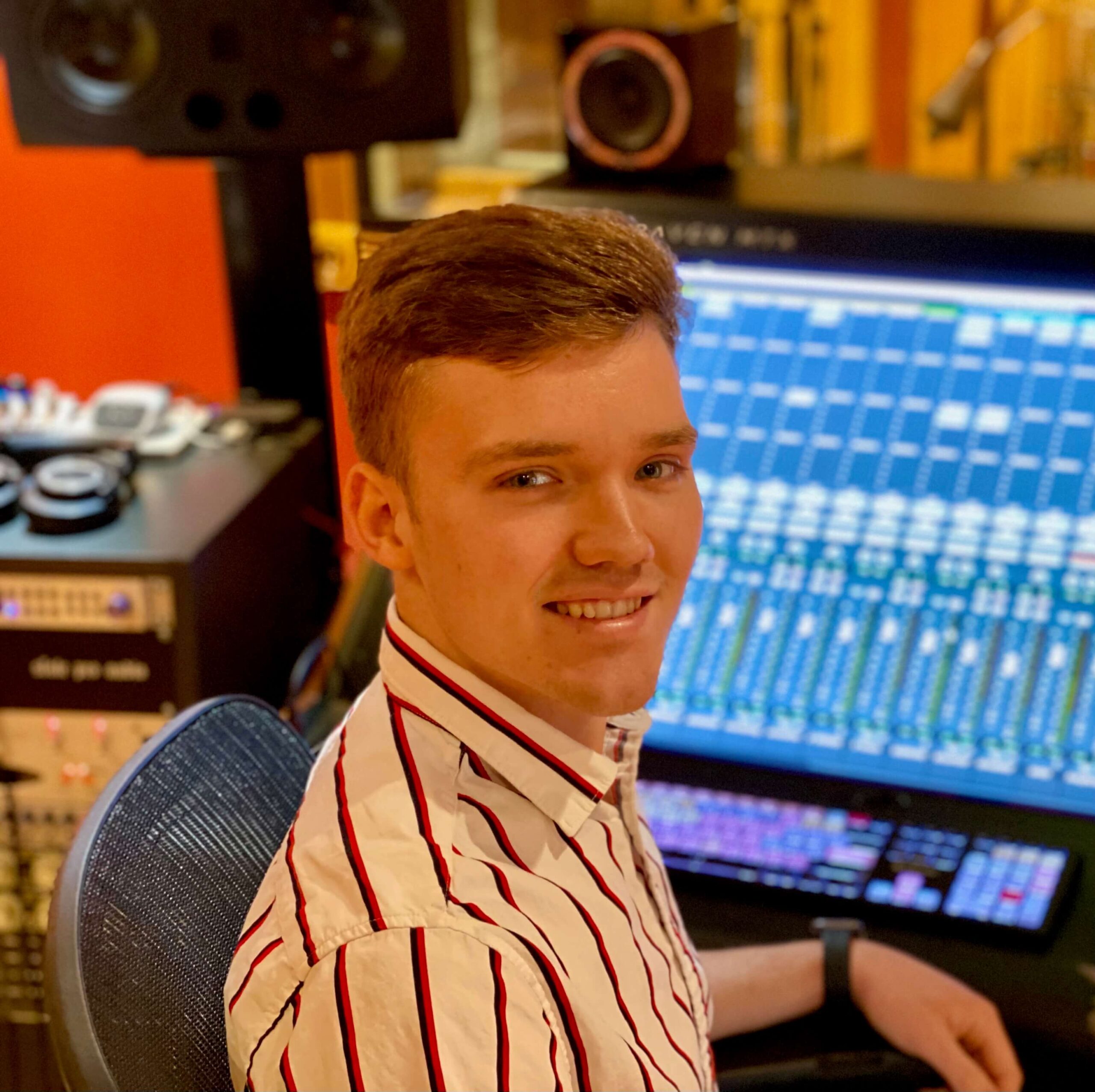 When Caleb Ostermann finally made the crucial decision to follow his bliss and build a professional career in music, he’d already taken a couple different educational paths only to find he just couldn’t commit do doing something he didn’t love. But when he aligned his love of music with his fierce work ethic and, in his words, “dropped into something better,” a whole new future emerged, along with one singularly golden opportunity. Read on to learn how Caleb went from ho-hum to full throttle in just a matter of months!

You pursued a couple of different educational paths before you decided to enroll in Recording Connection for Audio Engineering & Music Production. Please tell us more about that.

“So, I started out just… being, like, ‘Well, I got to do something in college. And so, I decided to go into physical therapy, did that for a year. And then decided to go into PE teaching, for some reason. And about a week and a half into that is when I got the call, just with some information about an audio engineering program. And I was like, ‘I can’t do this anymore.’ School has never been my favorite thing and learning inside of that kind of context has never been… something that I’ve done well with. It’s more of the hands-on stuff that I do better with anyway. And so, within a week and a half ‘I dropped in,’ is what I like to say, ‘to something better.’” Learn more about Caleb’s journey in our Straight Talk video with him below!

It turned out that during your months externing at Forte Studios, your mentor Caleb Kuennen had been quietly assessing you to see if you’d be able to step up to the challenge of replacing him at Forte. Tell us all about that.

“I was talking to him one day… [and] asked him, ‘Is there anything that I can help you guys out with after I’m done with my program?… And he was like, ‘Actually, about that, I’m resigning at the end of this program. And so, I’m going to recommend you as my replacement.’ And so, he didn’t hire me per se. But… through the externship, he was able to kind of see my work and how I did. And so, [it was] a long-form interview almost and, yeah, and then the owner of the studio [Joshua Jacobson] was the one that hired me.

Before I had been… watching YouTube videos or trying to figure these things out on my own. And the way that I learn, it’s almost like I needed someone to just… directly show me how they work, exactly what they do. And so, getting that nice base structure put in really helped me build up from there. And now I can watch, you know, the YouTube videos and actually understand, ‘Okay, I can apply this to this,’ and understand that that will work well.

But yeah, before then, I was just kind of flying in with a blind eye, trying to apply all these tips and tricks to my music and it wouldn’t work because it’s all circumstantial, really.”

So, what, in your opinion, did you do right? What enabled Caleb to say, “Hey, you’re going to take my place when I’m gone.”

“It’s just kind of amazing how God worked out the whole situation, just in the way that He led me here…. Also just always showing up. That’s a big part, just showing up, being there, being attentive, seeing the clients’ needs, and really going after helping them as much as you can. Always ask[ing] him [the mentor] questions, being interested in learning. And I’m very thankful for Josh and how he is in support of me as a learner, [who is] still learning…. The biggest thing was just being there and ready to learn.”

What’s your advice to current Recording Connection students? How can they make the most of it while they’re in it?

“I think definitely meeting your mentor halfway, or even three-fourths of the way, really putting in that extra mile just to learn and understand the concepts and make it easier for them. Because that’ll make you more attractive for them to either recommend to another studio or to the studio that you’re at. Yeah, just really wanting to learn and get better. And yeah, definitely engaging in all the content that is put forth by the Recording Connection. And, yeah, looking into things that you’re unsure of; don’t just kind of brush them off. Really get to know your material and get to know it well. Get to know your studio, get to know all of the analog and digital gear that you have, and get to know Pro Tools because it’s huge in the music industry.”


Caleb shares his journey to getting on the right path and building a future he loves. 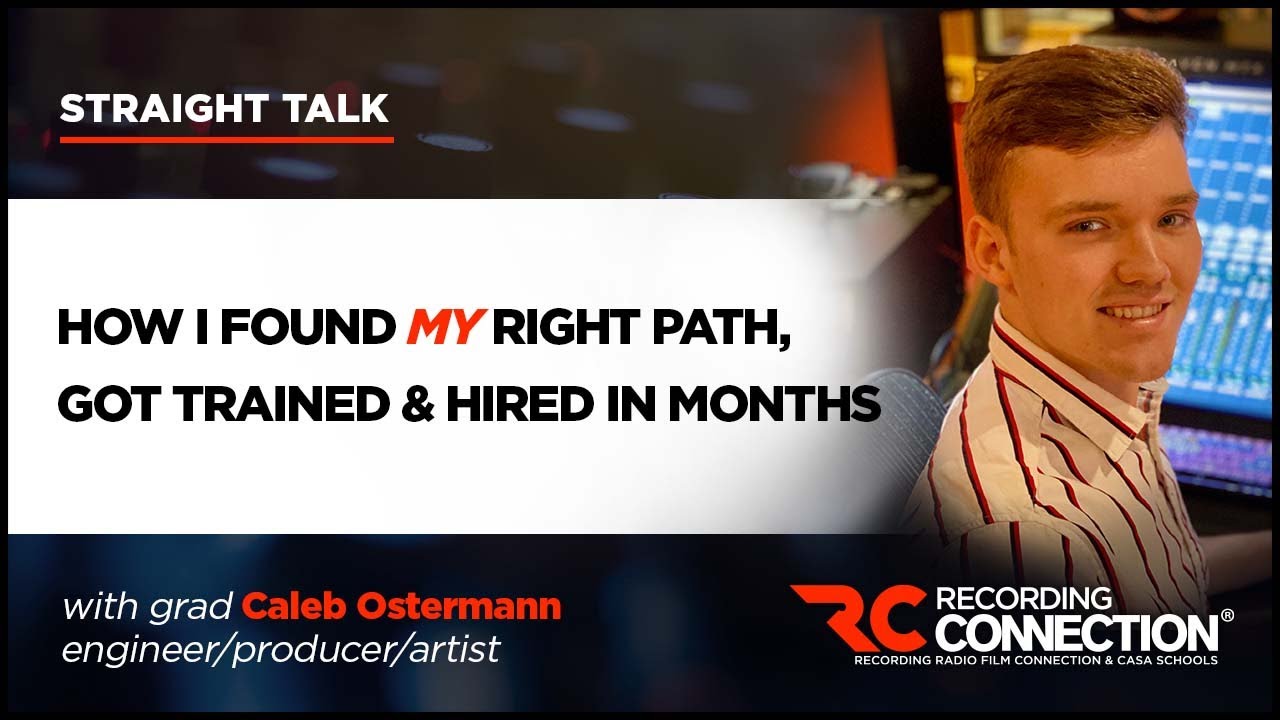