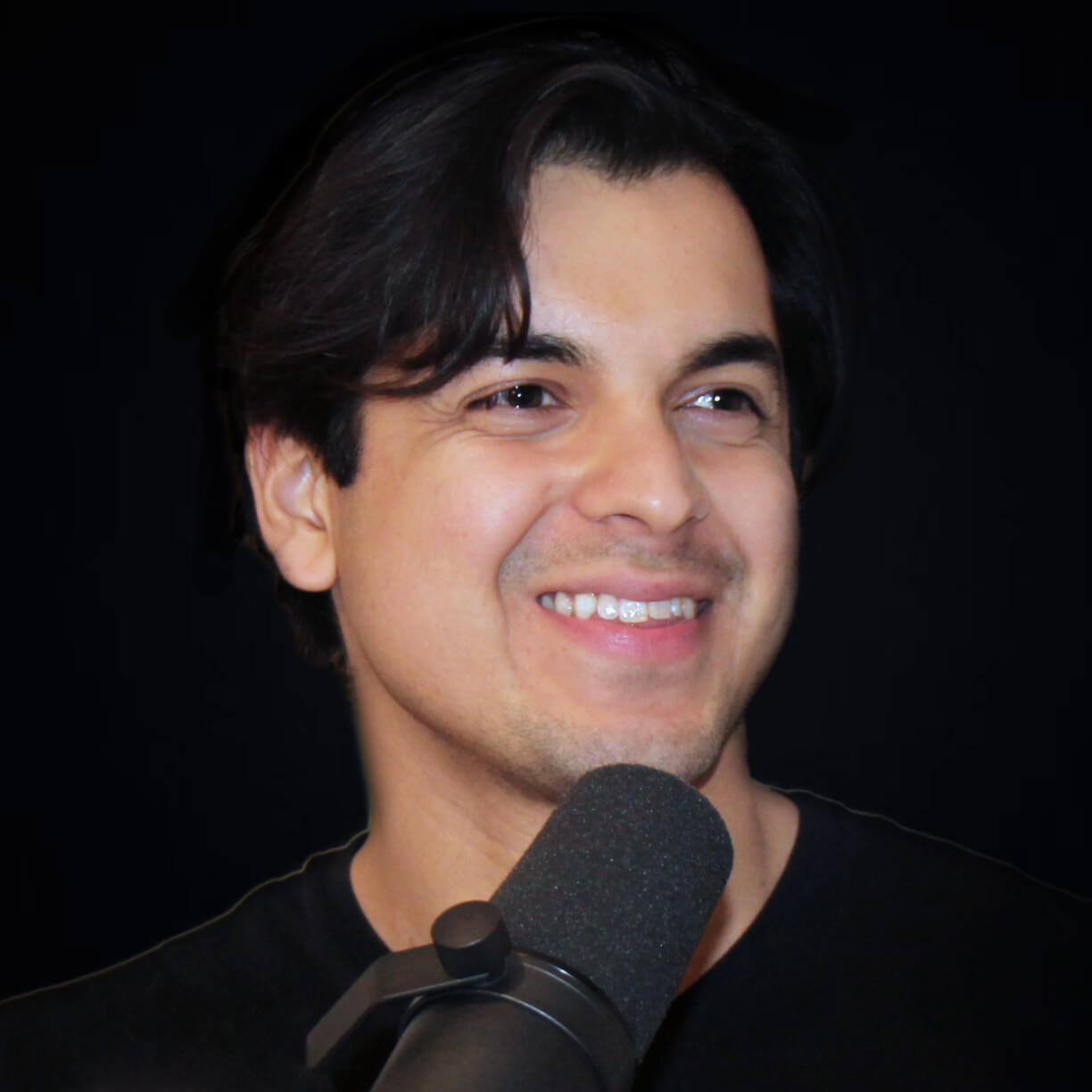 Recording Connection mentor Jony Mansilla is both the founder/owner of Jony Studios as well as a busy singer/songwriter who’s consistently producing his own music. We caught up with the entrepreneurial creative to discuss being an artist and a business owner, get his hard-earned insights for anyone looking to build their career in music, and to talk about former student, JR Stewart, who he mentored in our Recording Connection for Music Business Program.

There are those fiery creators who say, “I just want to do what I want to do 100% of the time.” What’s your advice to them?

“I think there’s two sides to that coin. I think, with one side of that, it’s, yeah, you should follow your intuition, you should follow your creativity, but on the other side, I think collaboration can cause huge growth. Right? Take, for example, “Old Town Road.” …Little things like that can create a huge spark, and I think your network has so much to do with it. In anything, whether it’s the music industry, whether in business, it’s like that’s something you have to learn from really early on. If you are nice to people and you’re genuine and you come to them with a sense of, ‘How can I add value to you?’ without expecting anything in return, you’d be surprised what will happen to your career and what will happen to your life. And you’ll just keep growing exponentially. So, I do think you should be more open-minded. [But]… follow your intuition.”

You’re a believer in consistently cutting and releasing new music. Why is that so?

“For the longest time, I was scared of ever releasing original music…. In my head, I was like, ‘Someone’s going to steal the song. Someone’s going to steal the idea. Someone’s going to take my riff.’… And the funny thing is that that mindset is completely wrong because, first of all, if you never release it and then someone releases something that sounds like it, now you’re the one copying that person. So, you actually want it to be heard by as many people as possible. Secondly, you have to be in an open-mind frame realizing that your creativity is endless. Even if something happens with one song, you have plenty more songs to go; they’re going to just keep getting better, right?… I had to get over that by just saying to myself, ‘Alright, I’m going to release one song a week,’ and it started with covers, and then I was like, ‘Now I’m going to release my originals. I’ll give myself one month to do everything.’

Each time I released one, it got a little bit easier. I feel like there’s so many musicians where their best song is still in a note on their phone…. You just have to release it, you know?… Your next song will be even better…. That’s how you keep progressing.” More with Jony Mansilla in our Straight Talk video below!

So, when it comes to the goal of “making it” with that one song that goes big, care to bust that myth?

“Whether you’re a musician or a producer or a songwriter, you need to know how to network…. I think the thing is finding the perfect balance. Obviously, if you’re a talented enough musician where everything just aligns perfectly, that has happened to like 0.000001%, that’s not as important… but I think that’s where people need to kind of shatter that belief. …

A lot of people will look at someone like Billie Eilish, for example, and they’ll be like, ‘Oh, I’m going to be like her,’ you know, like, ‘the one song I release on YouTube is just going to get so many views,’ … That’s not the case for most people, you know. For most people is going to be like the Russ [the rapper] scenario where you have to make 300 songs.”

How do you manage being a creator as well as a studio owner?

Now, when you’re creating art, that’s when you have to have the separation.

So, if I have a song idea… I’m just focusing on my feelings and on my emotions. I’m not focusing on like, ‘This is going to make me money.’ No, I don’t even think about that because then the creativity is lost. You have to stay in that zone where it’s like, ‘I need to finish this song based on how I’m feeling, and it has to be essentially for me.’ …if I can convey the emotion that’s inside of me, then people are going to connect to the song and that song is going to be more likely to be listened to by more people…. If you have a very generic song that doesn’t come from a real place, people can smell it out a mile away.”

How is learning from a professional like you a more efficient way to learn? One can spend a lot of time trying to figure things out on their own.

“You get some direction, you know…. You’re connecting studio owners with students. And that’s huge, that’s something I wish I’d had. I would’ve been the first one to sign up for that. [As a student] you pick up on a lot of … [the] why they’re doing, what they’re doing, and their [mentor’s] creative process. And you can get inspired by that to find out your own creative process. And, if you have a question, you can ask it.

If he/she has a question about EQ, I can tell them, ‘Oh, you know what, it’s better to cut out this frequency, especially on the vocals because it can sound too muddy,’ or, ‘You need to have harmonic balance to make the track sound full,’ and ‘You need to have the track, you need to listen to it in the car and in different places to see if it actually is the way you want it to sound,’ because things sound different in every format, right? So, there’s a bunch of things, but just the fact that they could be here and… learn that firsthand, it’s going to save them a lot of years of time.”

JR Stewart, your previous extern who’s now graduated, how did he make the most of the experience? How did he change or grow over the months you mentored him?

“JR was a really, really nice person. I really liked how creative he was…. And he was really, really cool. He would even come up with like business ideas for like a music application and things like that and he would discuss it with me, and he would actually create PowerPoints. And this wouldn’t be a task I would give him. He would just be like, ‘Hey, man, like I have this idea. I created a PowerPoint. Can I show you this idea?’ And then I would give him my thoughts and I would give him the plan, if he wanted to move forward with it. …

We also started The Jony Studios Podcast together…. On the second or third episode, it’s on my website, you can hear… I’m interviewing him from his perspective. He couldn’t believe it because he joined this program and now he’s in a podcast for the best studio in town [voted Toronto’s Best Studio 2020 by The Record]…. If he wouldn’t have taken this step, he wouldn’t have had access to me and my network.

We would have conversations, not only about music but about growth in general…. A lot of his thinking had changed by the end of the program…. I definitely saw that growth…. He felt way more confident in himself too, I think, just being in a studio where I was essentially very similar to him when I was his age. It was a great opportunity for him to see that it’s possible to open up your own recording studio and do what you love. And the thing is a lot of people are too scared to chase something because they don’t think it’s an option. But anything is possible.”


Jony tells how out-of-the-box thinking enabled him to bring in more business during Covid-19. 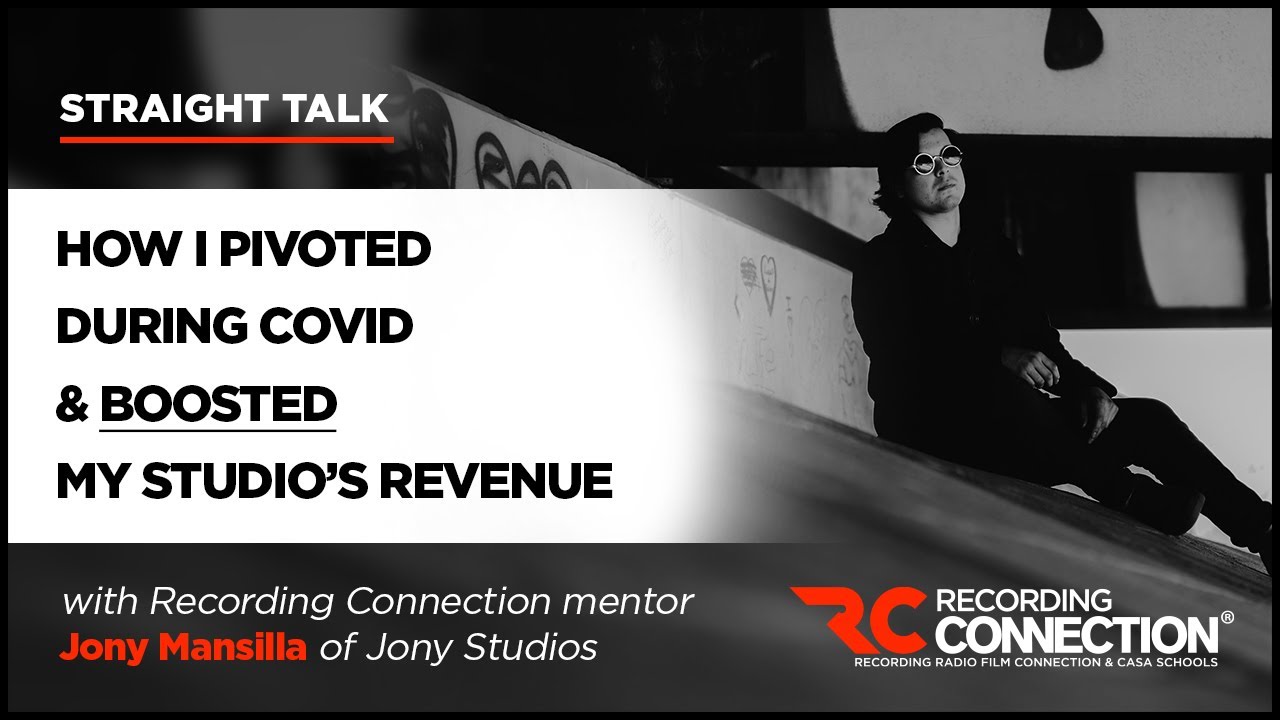