How Zach Eaton Got Audio Skills & Got Hired at Premier Recording Studio in One Year. 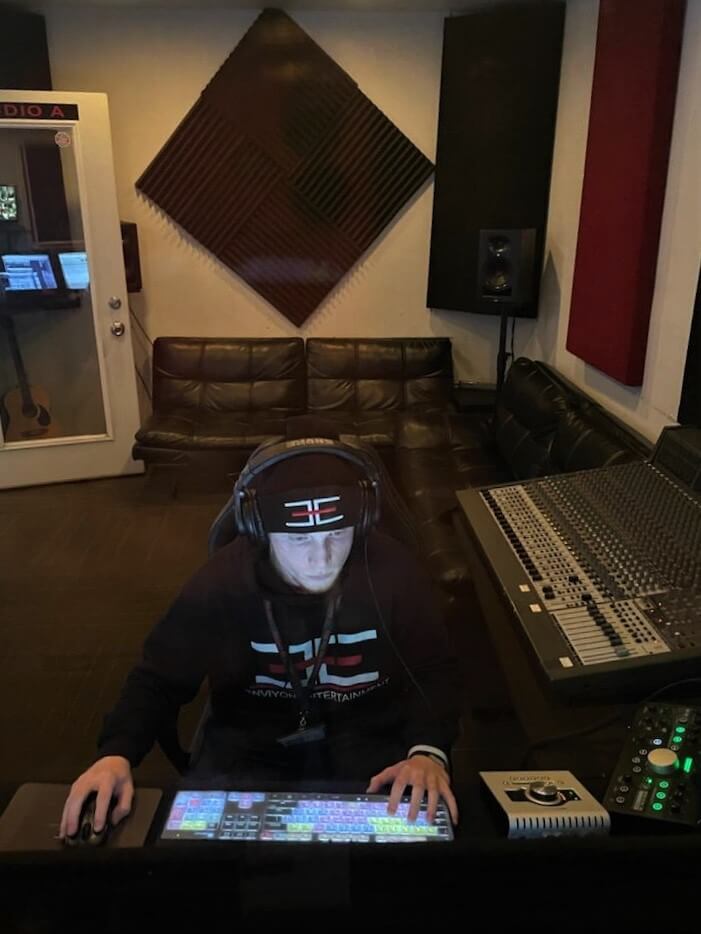 In a little over one year, Recording Connection graduate Zach Eaton went from first semester college student to Recording Connection student extern, to audio engineer at Enviyon Entertainment Recording Studios. Read on to see how he did it and tune into our Straight Talk video with Zach below!

Where were you at in school or college when you found us?

“I was doing my first semester of junior college, actually, when I found out about you guys…. Actually because of that, ended up just dropping out of college completely after that first semester. And then, what would have been my second semester became my first semester—really only semester—I guess, with you guys at the Recording Connection.”

Turns out, you had an ally in your decision to drop out of conventional junior college and enroll in our 6-to-9-month Audio Engineering & Music Production Program:

“My mom. She knew how much I liked making music and just being around the music…. She actually pushed me towards dropping out in the first place and going and doing something that I really wanted to do. So, that’s what she did. She did a lot of research into different schools, different things, to see what they did, what was different about each one. And we found Recording Connection and thought, like, ‘Wow, it gets them hands on, it puts them in the studio.’ And, you know, that’s the kind of learning that I am best with, when I can actually sit down, and see things, and, you know, play around with them.”

What was it like training with Recording Connection mentor engineer/producer Joe Delfino at Miller Street Studios?

“It was a really good time. He’s very smart, he knows what he’s doing…. The way I am, it’s kind of like, I have to warm up to people, warm up just kind of being in a certain environment. And after we had our little interview where my parents came in as well, and we were talking, just see if I’d be a good fit there, I actually felt comfortable relatively quickly…. He taught me really well in aspects of, you know, just like learning the basics of Pro Tools, and… building on that…. he teaches you, like, the personability of being in the studio, of being the person in the chair, sitting down, being the engineer.

And then, just sitting in on sessions with him, you know, you get to see how he acts with his clients and everything. So you have a better idea as to how to go about certain things when, you know, you’re in certain situations and things like that…. So it was pretty easy just to kind of get in there. And then kind of learn from him, watch what he’s doing.” See what else Zach learned by training remotely with his Academic Facilitator in the Straight Talk video below!

How did you land the audio engineering job at Enviyon?

“So, Gervais [in Recording Connection’s Career Services Department], he sent me an email, basically just saying that Enviyon had reached out to the school, and they were looking for some engineers, just to come onto the team…. And, I mean, within 15 minutes of me getting that email, I had already finished the application, because I figured, like, this opportunity just got handed to me on a silver platter. How can I not take that? That was just my whole thought process, that you gotta beat everybody to it, and I did.

What’s your advice on how Recording Connection students can make the most of the program?

“I would say definitely take advantage of the fact that you have all the resources you need on your computer, essentially, because, like, that is your textbook. You know? And, I mean, you guys…you actually did a lot for, like, I don’t know if it was, like, six extra months or if it was just that full year, where I was able to keep looking into old chapters [of the eBook curriculum] and things that I had already learned, just to go back [and review]. I would say definitely take advantage of things like that.

Take advantage of the people that you work with on…you know, through the computer [the Academic Facilitators] who will help you kind of point things out, because I actually did get a really good connection [with AJ]. We would make beats, and he taught me more about the engineering aspect, the mixing. Yeah, he would just show me a lot of different stuff. Just a lot of different creativity, you know, aspects.” There’s more on this in the video below!

And we actually still do keep in touch. I told him about the job and everything. He was super excited for me. So, I mean, yeah, just being, you know, very personable, looking back on old chapters, learning new things just continuously.”

So let’s go back to your parents. Your mom helped you find Recording Connection? How are they feeling about this choice you’ve made for your career?

“They’re beyond proud…. And I told them too, even if I wasn’t to get the job… I would go back or I would go find another studio. I feel like them knowing that I’m actually doing something with it, makes them feel a lot better… because now I’m going to be making money that these kids in college are losing, essentially. I think that was definitely the best route for me. I know that they’re glad I took it. So it’s all good vibes over here.”


Zach tells how his Ac Fac helped him with beats & mixing and how Career Services helped him land his 1st studio job! 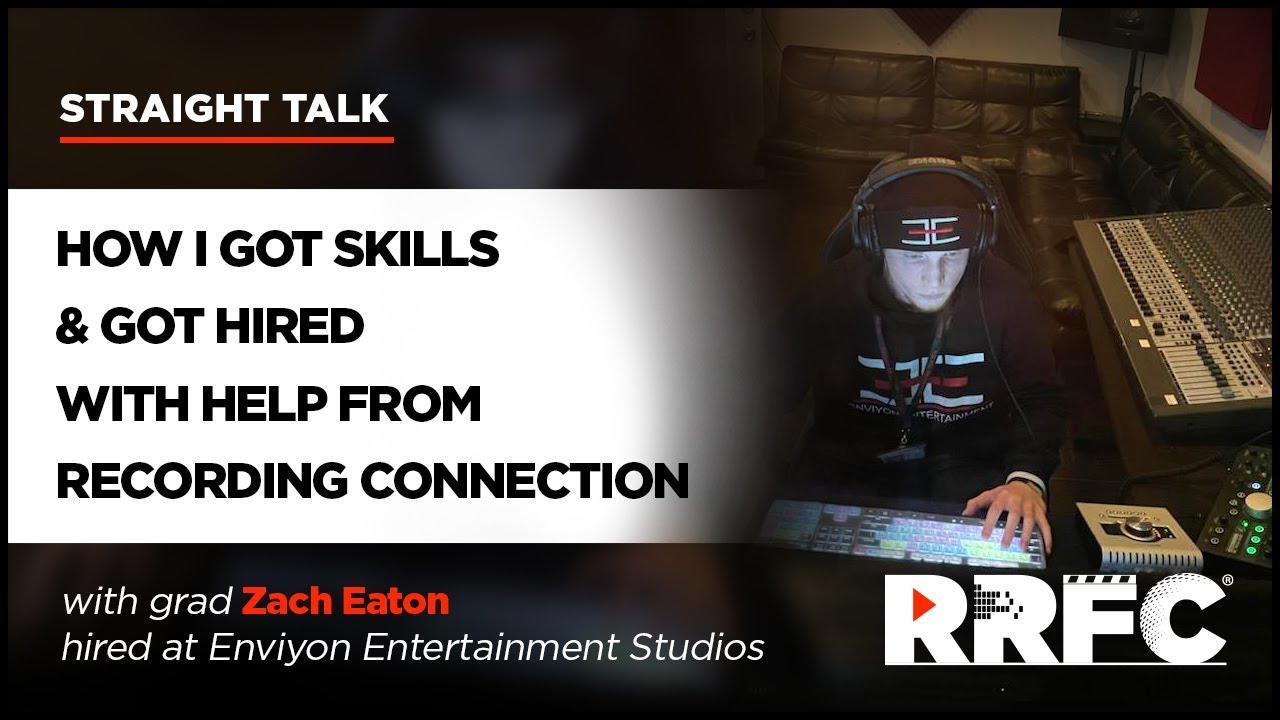