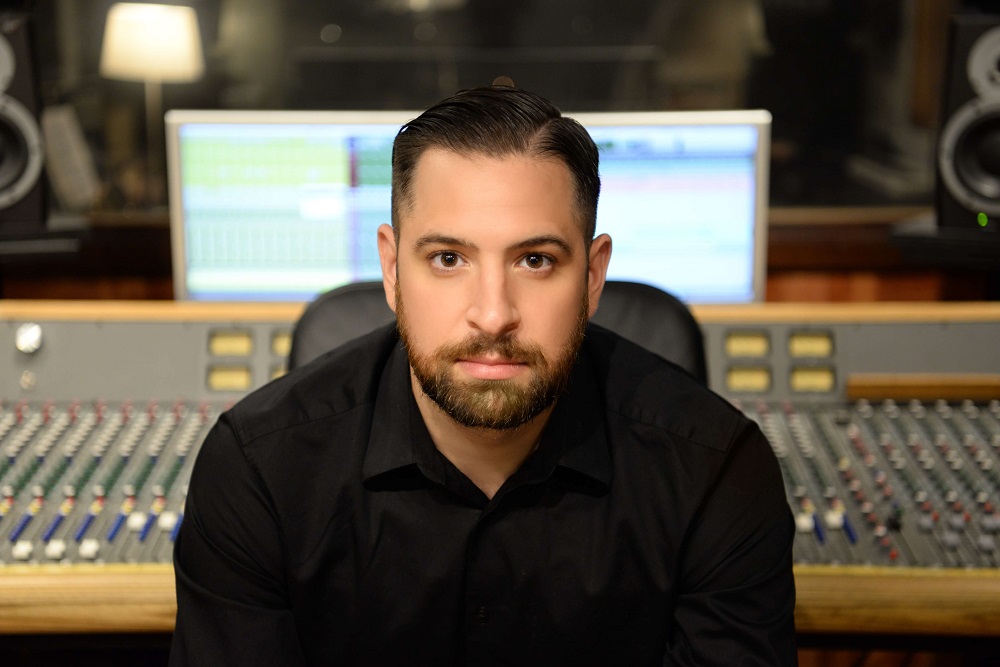 There’s a misconception that the musicians and creatives who actively work in music are somehow airy-fairy or laissez faire. Care to dispel that myth?

“I think if you want to be in the industry, you know, music or music-related industries like entertainment, you have to treat it as a profession, so there is no airy-fairy way to remain in it…. I think there’s an attention span to certain genres of music, meaning like, the general public will become obsessed with the genre and if you’re gifted in that style you might have a ‘moment.’ But the people that we employ at our studio, it’s not really about being great at any one style. It’s about being professional so that when that style transitions into another one, you’re still a person whom people would want to work with. I think that part’s more important and that’s just basic etiquette, I think, professional etiquette. That’s a lot more important than musicality, because the musicality’s kind of a given. That’s the starting point really.”

What kinds of work does the team at Mirrortone do?

“If it has to do with audio, we do it. It’s not just music, even though we’re musicians, we also do a lot of audio post-production. And that’s born out of doing anything that we can in music…I do a lot of film scoring, so we ended up also doing a lot of audio post-production for these films that I’m scoring, so, doing the foley, the sound design, the 5.1 mixes. And because we’re a recording studio, we show up organically for advertising agencies or podcast companies that need to record, because after all, we have microphones and great recording equipment, and we know how to edit that stuff. So, if it has to do with audio, we do it. But we specialize really in just those three things which are producing for artists or recording artists, scoring for films, and then audio post-production [which is] is really a large facet, meaning that we do it for a lot of very large podcast networks because that’s a really big thing right now. And sometimes that plays into music, like doing the actual theme music for these podcasts, or the underscore for them if they have the budgets…. Most things that we do, even if it’s commercial, if it has to do with audio, there’s an aspect of artistry to it.”

So, Huracán, the film you recently scored, how did you get brought onto that project?

“So Huracán…that was through social media. We were both fans of each other…I followed the director. He liked my work, I liked his work, and one thing to led to another, [and] he wanted me to score the film. That’s not the usual route. The usual route is there’s sometimes pitching…I get a lot of pitches through my manager, so those are coming to me. But the pitches you get through managers generally are pitches where you’re competing against other people…The odds of getting them are far worse than if you actually have a personal connection and somebody already appreciates your work. Because most of the films that I’ve done have been because I have a relationship with the director, or they’re already a fan of what I do.” Check out Roman’s personal website: romanmolinodunn.com.

What’s Huracán about and did its subject matter inform the choices you made in composing the score?

“Essentially, it’s a psychological thriller about an MMA fighter, a mixed martial arts fighter who’s suffering from dissociative identity disorder. So, there’s a lot going on between the internal struggle and the external struggle that this character is facing, so that informed the musical decisions that we were willing to make…. A lot of time in film scoring, you want to help move the story along, so you’re kind of clarifying what’s going on for the audience. But other times, you’re actually painting the subtext. And then in a film like this, where the character has both internal and external struggles, there’s a lot of different layers that need to be going on at the same time. And the way we figured out to do this was to blend organic instrumentation and hybrid instrumentation, so synthesizers, electronic instruments as well as orchestral instruments. And then, sometimes it’s a composite, meaning playing some orchestral instruments and programming them into synthesizers so you can apply different effects to them. And those really were the two sides of this character and they start to morph into one another and then separate, depending on what’s going on, and back again. You really have to watch the film to understand how they interplay, but knowing that, hopefully the score would make more sense when you are able to watch it.” More on this in our video with Roman, below!

What’s your advice to people who are interested in scoring music for film? Is there a particular film or films you suggest they watch?

“I think that you need to treat it like a fan. You need to consume as much of it as you can, so there’s two parts to that really. There isn’t a film score that is representative because the beauty of film score is that, and the beauty of film in general, is it’s this all-encompassing mixed media…. I mean, there are great film scores that are jazz. There are great film scores that are, for lack of a better word, classical, you know, 18th-century classical or 20th-century classical. But then, there’s also electronic scores, there’s hip hop scores, and you can’t really learn anything from any of those scores by themselves because it’s more about how they interact with the film. What you could do is you could choose a composer and follow some of their work and see if they have a way of helping the narrative.

But honestly, I think the absolute best film scores, and I’m sure people would disagree with me here, are the ones that you don’t necessarily remember, but you thought the film was amazing. Because that means you were totally in the world [of the film], and you weren’t thinking about any one aspect of the film. Now, the further you get into it, the more you will start to notice every aspect and remember every aspect and it’ll still be a great film. But that just means you’re already fully engrossed in the craft and you can’t really appreciate it without appreciating the constituent parts. But I spent a lot of time listening to film score radio. That’s a really great place to start because you’ll hear the variety. You know, like if you go to Pandora or Spotify, there’s film scoring stations and they’re really good, but the problem there is you’re listening to music that was written for the movie without seeing the movie. Not to take anything away from the score because I have my own film scores I want people to listen to without watching the movie, but the real beauty is in how they interact with the film.”

Busy as you are, why do you choose to mentor with Recording Connection?

“People who are coming through the Recording Connection are saying ‘This is what I want to do. I’m taking control of my own situation and I’m finding people who can help me.’ I think having that kind of specificity to your desire is really powerful and those are the kind of people that I would want to work with.”

Want to learn how you can train in music production, audio engineering, beat making, and more, with Recording Connection? Learn more here.


Roman Molino Dunn shares his advice for getting started in scoring music for film. 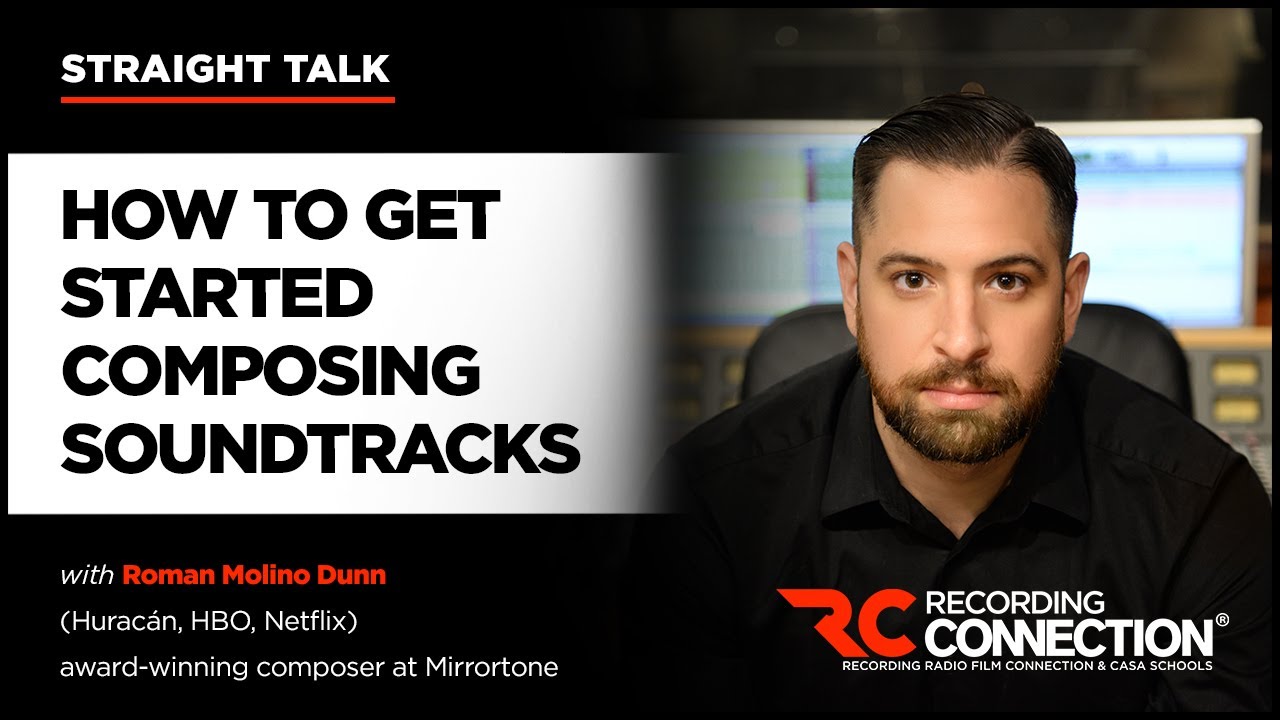