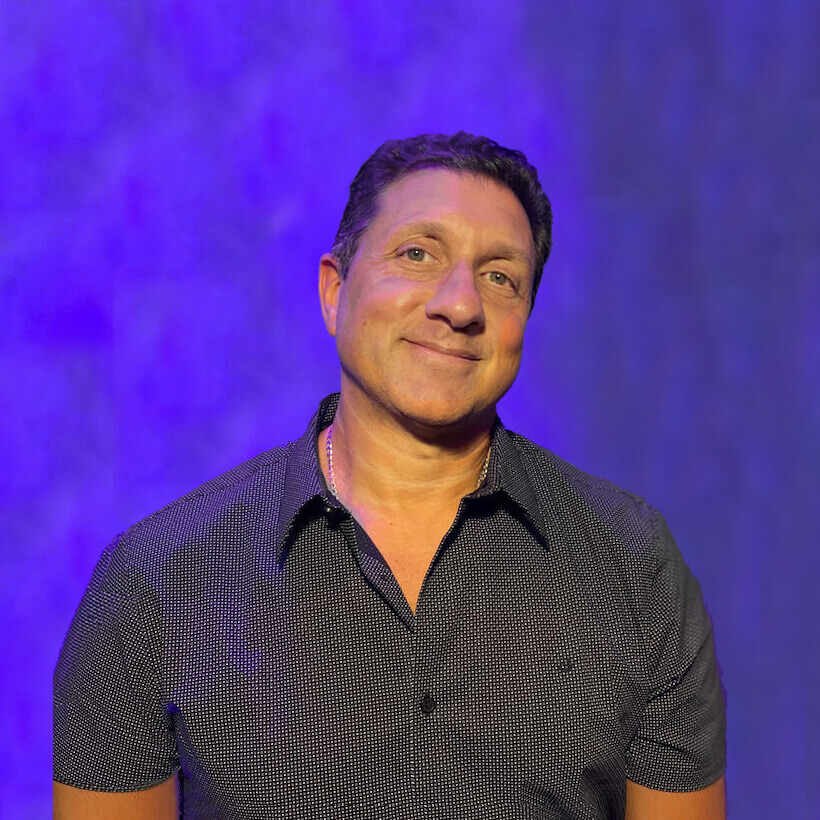 Steve Catizone of Infinite Recording (Black Eyed Peas, Charli XCX, Charlie Puth, Justin Bieber, Wyclef Jean) has decades of experience producing and engineering artists across the musical spectrum. We recently connected with Steve to get his insights on the importance of having the right vibe in the studio, get the scoop on several student hires, and talk about mentoring during the global pandemic.

What got you into audio and producing in the first place?

“I did music synthesis at Berklee which is more of a generative type of thing. You know, you’re creating sound. It was more about sequencing back then. At the time, it was out of Studio Vision which was just strictly MIDI. You were dealing with external synths and MIDI and getting that whole fiasco going. So I came into it on the creative side of things…. It was great to be able to just focus on what you wanted to do for an extended period of time and just concentrate on it, you know. At the time, we didn’t have laptops. They had synth labs. So, I would go into labs, I would be in the labs for, like, 280 hours a semester, you know, just in there just creating the whole time…

I got to the point [in my career] where, you know, we were producing music and working with a tracking engineer that just wasn’t going fast enough or just wasn’t doing the right thing. So, I was like, ‘Okay, I have to figure out how to track.’ You know, so I got into tracking vocals, we did a lot of that…

After that, I ended up giving mixes off to people and going back and forth with a tug of war with that…[And] I’m like, ‘Okay, I have to figure this part out too.’ And as a result of that, it made me a better producer because you can pick sounds better, because if you know the trouble someone might have and the final result of a mix, you’ll be like, ‘Okay, I see why that kick doesn’t work.’ Or ‘I see why those snares don’t work,’ that type of thing.”

What sets you on fire?

“When you walk in the room with nothing and you walk out with something amazing. To me the first day of the creative process is amazing…. I don’t know, if you’re familiar with Judith Hill. She was in the Michael Jackson, “This Is It” video…. She’s just played with everybody and she’s a brilliant piano player, singer, songwriter. And just walking in with someone like her and literally, you know like I said, walking out with something that didn’t exist three hours before is amazing. Then, listening to it years later and still feeling that same vibe. That gets me going basically.”

Speaking of vibe, how important is it to have the right vibe in the recording studio?

Everyone has a song that they feel like has been written since the beginning of time, you know? And to me, that’s somebody in a good place mentally and in a good place energy-wise, and they were able to channel it down, like we’re just big antennas for all this amazing stuff that’s out there and we just grab it…. [So] just don’t come with negativity basically. Negativity breeds negativity and good vibes breed good vibes. Which ones do you want?” [more from this conversation in video below]

You’ve recently hired a number of Recording Connection students you mentored. Tell us about that.

“We got Jeffrey Frias, he’s one of my students that just finished up the Hip Hop course. Now he’s engineering for me: tracking, mixing, all that.
Mike Scuderi he’s more of a rock type of guy. He’s coming in, doing a lot of work as well. Great, great guys. Really intelligent. These are the guys, you look for them. I’m blessed to have them come through and be able to work with them. And what’s amazing about it is the fact that I teach them my methods, so when we go to work, everything falls into place, there’s no tug of war figuring out who’s doing what and how they’re doing it.

I also have Delaney Benstead, who did the Audio Engineering and Music Production Program, doing engineering and she’s handling promotions for us, as well. In addition, Mike Scuderi and Jeff Frias are currently launching a live online “Tiny Desk” style series after the first of the year, along with virtual songwriting and open mic nights which will be virtual as well.”

How have you been mentoring students during COVID-19?

“We’re putting the finishing touches on the buildout of 2 new production rooms so that we can have more students in and do social distancing at the same time. When it comes to mentoring students remotely via Zoom, it’s actually easier because I have their undivided attention…. What’s cool is the fact that I can hear exactly what they have going on and there’s no real set-up time. We’re both sitting there with headphones, so we’re able to really dial in on what we’re listening to.

Sometimes they don’t get how to do a stereo, how to do like a house effect, like a stereo thing on a single vocal. Or they’ll say, ‘My vocal doesn’t sound wide. I duplicated it, pin one left and one right.’ It’s like, ‘Yeah, that doesn’t work that way.’ So we’ll go through different ways of getting those things happening…. They’re able to do that too when we’re first going in and doing some surgical EQing, you know, trying to find those harsh frequencies and pull them out. It’s much easier to get when you have headphones on. So that’s kind of changed how I work with students that way moving forward for real. They don’t have to send me files or anything, they just open it up and we listen, and we work.”

What’s your advice for those who are really hungry to make it in this business?

Want to learn how you can train in music production, audio engineering, beat making, and more, with Recording Connection? Learn more here.


Steve explains why vibe is essential and shares pointers on having the appropriate vibe. 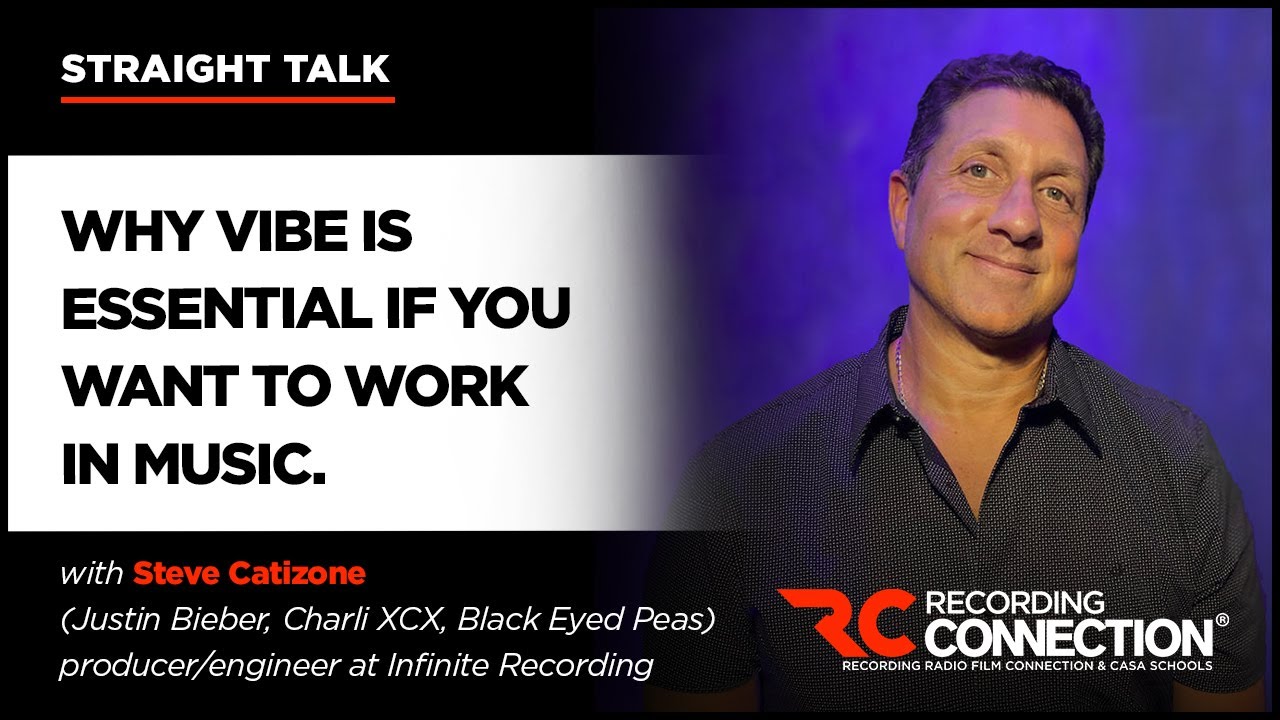 Charles Godfrey on How he Got Hired at Sonic Ranch