What Kind of Music Producer Are You? Are you the type of person that has to have their hand on every aspect of a project? Or do you prefer to sit back and wait for your time to make it just that much better? Perhaps you prefer a more analytical approach, understanding the tech at a very high level and making it purr?

Guess what? You could be a high-powered record producer, turning relative unknowns into megastars. Or you could carve out a nice career for yourself, mixing and mastering gold records for several clients. You could even learn to play an instrument or two, or simply get really good at producing music in your DAW (Digital Audio Workstation of choice) and create musical masterpieces all by yourself.

There really is no one way to be a music producer or to manage the process of recording music or creating music in the box. The very best producers are able to change their styles as sessions demand. Pushing, pulling, and prodding, and inspiring an artist to get the most out of their vocals here, while taking a hands-off approach there. Common producer types include executive producers, technical producers, and artist producers. Discover which type fits your personality.

Similar to the movie industry, executive producers in the music industry are responsible for the business decisions of an album or a song. The EP will hire a studio engineer, book recording time, hire any backup vocals or musicians, and so on. In some cases, the executive producer may have their own studio but they often work at the behest of a record label.

As the name suggests, technical producers understand the creative side of music production. They know the gear, how to mix and master a track, and take a more hands-on approach to making music. Many producers start as audio engineers and have an in-depth knowledge of the technology.

On his self-titled second album, Prince decided to take total control. He produced, arranged, composed, and performed all of the music himself after feeling disappointed with his first album. Brian Wilson of the Beach Boys, Kanye West, and Dr. Dre are just a few artists who moved into the production booth with great success.

What Personality Traits do Music Producers Have?

As we said before, there’s no one way to be a music producer. Producers take on many different attitudes, have a variety of experiences, and approach the music-making process from different angles. To be fair to all of the music producers out there, there’s a greater chance they span several “personalities” than they could ever be pinned down to one type.

There are the project managers, who choose certain mix engineers, recording engineers, artists, and others together in a recording studio to create magic. Rick Rubin paired Johnny Cash with a variety of alternative acts to create American Recordings, earning Cash two Grammy nominations and a win for his performance on “Give My Love to Rose.”

At the other end of the spectrum are the technophiles who love getting their hands dirty. They understand all of the technical aspects of the studio and the gear and use it to bend the music to meet the goals of the artist and/or label. If you are just now starting to produce music, we suggest starting small with an inexpensive or free DAW so that you can learn the basics before filling up your studio with costly and sometimes unnecessary gear.

There are also cutting-edge producers who try to push the boundaries of sound design, both good and bad. Phil Spector revolutionized music production with his Wall of Sound while Rubin produced “louder” music with what some would call mixed results. In the early 70s, scratching records and using samples were newer techniques that came to define hip hop and rap and are now commonly used tools in any hip hop or rap producer’s arsenal.

If the music producer has been contracted by the artist or band that’s not attached to a label, the music producer will first work to understand what the desired sound and feel is. From there, they’ll often have a pre-production session to hear what the band or audience has to offer by way of performance, sound, musicality, and feel.

From there, they’ll work to put a plan in place to use what the band or artist has to offer to achieve the sound they desire. Sometimes, getting the achieved sound just isn’t possible. Perhaps the band’s leader considers themselves a virtuoso guitar player but the producer sees he’s not quite up to the mark. In such a case, the producer will work with the musician in question or the band as a whole to reframe their goal into something a little less ambitious when it comes to the guitar solos.

When the music producer is brought on by the label, not the artist or band, it is their job to ensure the dictates of the label get met. In such an arrangement, the artist or band which has been signed by the label should have already reached an agreement on what their sound is going to be and how they will be marketed to the public.

In a situation in which the music producer works with the musician(s) to achieve the sound the label is looking to achieve, does the label ever install a producer who decides to chase after a different sound? Yup! And do labels ever assign the wrong producer for a band or artist’s sound or genre? Yes, they do. Such problems or disconnects do happen in the industry.

For every genius song and golden collaboration, there are at least a thousand times things didn’t work out as planned for a multitude of reasons. For that reason, it’s imperative that anyone who decides that producing is for them knows that not every producer is right for every project. Furthermore, producers need to know when to say yes, and when to say no to a project.

Get Your Start with The Pros

Everybody – Prince, Spector, Rubin, and the rest – had to start somewhere. Why not get your start alongside an industry insider? Recording Connection Audio Engineering and Music Production School will put you in a working studio, where you’ll receive one-on-one mentoring from a professional music producer.

The Recording Connection curriculum is based on what you’ll need in the real world, from learning a DAW, to setting up a studio, to running a session. Our successful students have gone on to work at the studios where they externed, started their own studios, or even got hired by the musicians they worked with while being mentored with Recording Connection. Some have even gone on tour with them (like graduate Morning Estrada who hit the road on Aminé’s 2019 European tour).

But it didn’t come easy – they had to work for it. Do you have what it takes to Amplify Your Life? Then let’s get started.

Recording Connection: The Best of 2020 is here!

From a Job at the Bank to Working with Aminé, Rosalía, Tech N9NE, and more!


Rene Reyes Answers the Question: Is Being a Pro Music Producer for YOU? 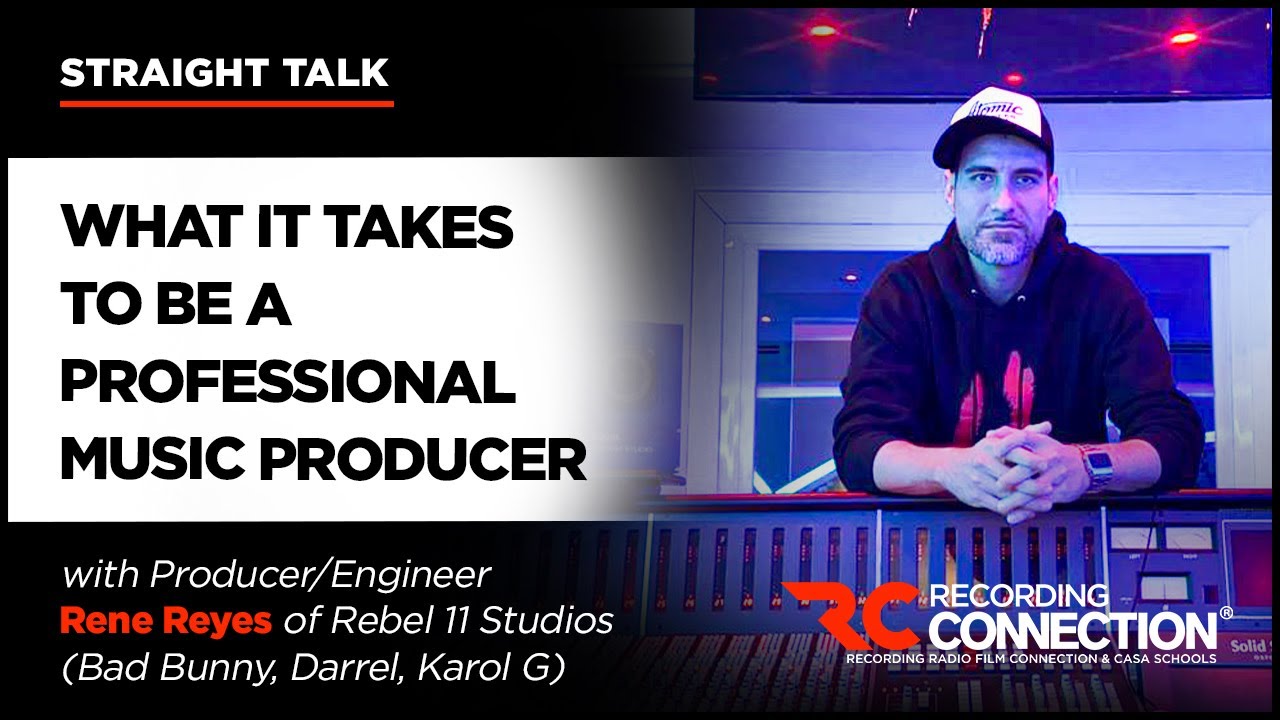