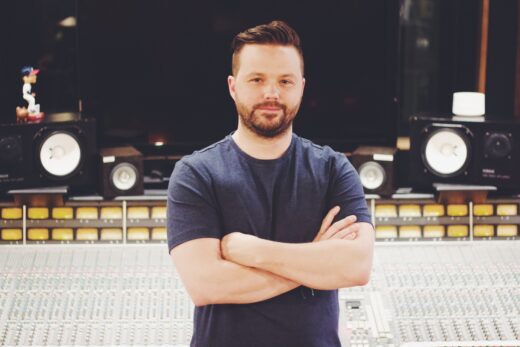 Grammy-certified Recording Connection mentor Mack Woodward is a music producer and mixing engineer (Beyoncé, Maroon 5, Fergie, Outkast, Jamie Foxx) who’s dedicated to teaching tomorrow’s engineers and producers the skillset and mindset it takes to build a lasting, fulfilling career in the industry. When it comes to mentoring students, Mack is less concerned with their level of experience and more interested on whether that student has a genuine love and interest in making music that sounds and feels great. We recently connected with Mack to learn how he got his start, why he chooses to mentor with us, and get some time-tested advice to share with you, so read on!

What got you into music producing in the first place?

“My dad was in a band in the ’60s called The Cherry Slush. So I grew up around music [with]…records being played in the house all the time. And I think that’s what really was the beginning of it….I was born in ’82. So, I mean, I was into all the popular music but my dad playing a lot of older stuff all the time, The Monkees, and The Beatles, Kingston Trio, and a lot of folk music, and stuff like that, so I kind of developed a pretty broad taste…
And I went through phases like everybody does. You know, I wanted to do architecture or be an astronaut, but music was always the thing that I circled back around to, and that I always had a definitive, persistent interest in.

When I was 16 I decided that I wanted to do music for a living. I told my parents and they made a deal with me. They were like, ‘We’ll support that, but try one year of college.’ And so I ended up going to University of Florida in Gainesville and ended up having a blast…So I had a great time in Gainesville, but then a year in I told them ‘Yeah, I definitely want to go into music.’”

You recently hired not one, not two, but 18 Recording Connection graduates on professional mixing jobs. How did that come to be?

“It’s really just that I’m thankfully working a lot. It’s fifteen years in and the work is coming in and there’s just always something to do….So I have my personal mixing and I also have Mix Drip… and there’s always a lot of work coming. I’m thankful to be drowning in it. They’re helping me so it’s just kind of a cool win-win. …How cool is that? That I can supply that to people. [With me] coming from cleaning toilets and doing food runs and making coffee [when starting out] to being able to help the next generation up, give them a job essentially. It’s incredible.”

Since the COVID-19 pandemic started, you’ve been mentoring students one-on-one remotely. Let’s say I’m having a problem with compression in Pro Tools, how would you be able to help me?

“They share the screen with me, and I control it…and it works great. I mean, I wish it was more complicated but it’s really not. It’s, like, it’s the easiest, most straightforward way. We can talk. We can hear each other while I’m doing it. So it’s essentially like they’re sitting right next to me. It’s the same thing, but I’m doing it on their session, which is kind of cool.”

So how is one-on-one mentorship with us different than say taking a MasterClass or watching YouTube tutorials?

“The YouTube videos and the MasterClasses are excellent. I still watch those. I can watch those things, and I’m 15 years in, and really take it and, like, have no problem applying it.

But I think especially for somebody starting out, the one-on-one is really cool because, for one, you can jump in and ask a question. You can cut me off and ask me a question and there’s your answer right there, and we can, obviously, have that communication…

I think the real draw of it is we do the one-on-one, but then, you know, if 20 minutes later you’re diving into it [and have a problem]…you can call me, like, ‘Hey, I’m trying it now. I’m stuck on this part. Can you go over that with me one more time?’”

“I went to Full Sail, and it was a fantastic….I will say though that things really started sticking when I started getting into sessions consistently with about three or four engineers in town….I’d get put on these sessions as their assistant engineer, and they would start calling me back and requesting me to be the assistant, which was awesome.

But what I didn’t realize was happening was I was really getting to sit there and watch them work and watch how records were being made. Things really started clicking when I could sit with them and …eventually get up the courage to ask them questions, or build up the rapport with them to ask them questions after the session, and get tips from them, and that kind of thing…

So the fact that Recording Connection came around and was like, ‘Hey, do you want to do this?’ And it was like, ‘Oh yeah.’ Like immediately, yes, without a doubt, because I think it’s just the fast track to learning rather than, you know, learning and kind of getting into it three years after going into a different sort of school, and then doing an internship. If you can jump right in with a mentor, which a lot of times is the hardest thing to do, getting into a big, world-class facility and diving right in, that’s almost impossible until Recording Connection came up with this aspect of it.”

Want to learn how you can train with Mack Woodward or any of the other working music industry professionals who mentor with Recording Connection? Get started here. 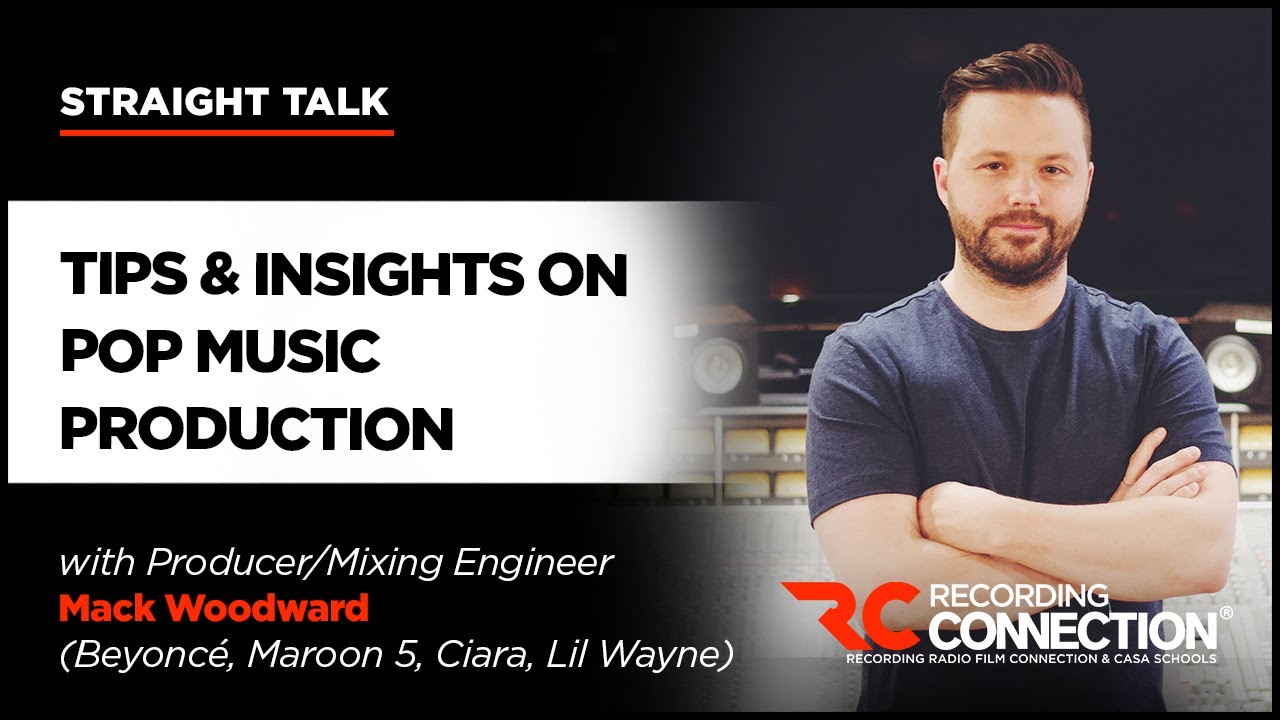