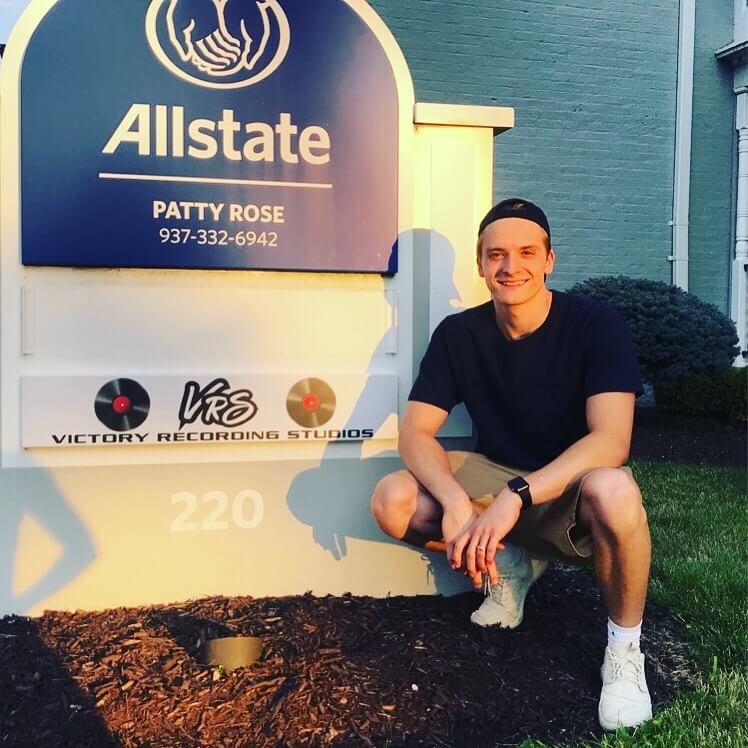 Even though he’s still in his early 20s, Vic Castaldo has a clear vision of what he wants to achieve in life. He came to Recording Connection after having spent the past five years teaching himself music production. Now, after receiving direct, hands-on instruction and training with mentor Gary Pyles of Timeless Recording Studio (Cincinnati, OH), the graduate of Recording Connection for Audio Engineering & Music Production has made his first major life goal a reality—he’s opened his own studio.

He’s taking the business side of the business just as seriously as the art, and has a clientele of artists recording in the new space. We recently connected with Vic to talk about how he’s doing it day-to-day, and see what he’s looking forward to in days to come.

What brought you to Recording Connection in the first place?

“I pursued some other audio education programs and I wasn’t feeling satisfied with the detail. A lot of it was the Gen Ed courses. So I heard about Recording Connection and I did some research and found out that it’s really just about the audio, and that was a big thing that drew me in, and also, how you’re actually in the studio. With the other schools you sometimes get a little bit of time in the studio every couple months or so. With this, every time I was working with Gary, I was in the studio. And that really mattered to me because I’m a very hands-on learner.”

Have your parents been supportive of you and your music?

“[My first studio] was a guestroom for people to come and stay [and] my mom let me use that bedroom for strictly a studio. So she’s definitely helped out with that, and she knows it’s something that I’m passionate about. Before I found music, I didn’t know what I was going to do. I was just going to go to college for going to college, and I didn’t really have a purpose….It’s good to have people that are supporting you from the beginning, because it gives you the confidence to push on with it.”

You recently opened your own recording studio? How did that come to be?

“So before, during, and after my education in…Cincinnati at Timeless, I had the studio at my mom’s running….As I was getting better and [was] getting more gear, more clientele, I outgrew the space. Obviously, it’s a little harder to get someone to come out to your studio and take you seriously if you’re like, ‘Yeah, it’s in a bedroom at my mom’s,’ versus a professional studio….

I researched some different cities in Ohio, further away, looked at the competition, the rates and everything like that, and I realized what I would need to make something like this work…. Now, I have a downtown location that’s in the historical district of Troy, Ohio.”

How are you getting people in your door?

“We’re reaching about a 25 mile radius from Troy, and a lot of that is through the different types of promotion and networking. We host a monthly networking event for all types of creators, be that painters, videographers, graphic designers, artists. [It’s] just for local creators to get together and realize that there’s really people doing this. If you need a videographer, here’s this guy. Get his Instagram. Start liking his stuff, share it on your story. That’s going to all come back for you, once you do that for other people, it’s a snowball effect. So, the networking events have been really cool to see the different people come out. I’ve been posting flyers in local businesses especially in downtown Troy, you know, coffee shops and music stores, things like that. Facebook and Instagram [are] probably the two biggest social media platforms so far that I’ve been engaging in.

I’m on one of the email blasts for my landlord who owns several businesses, just a little ad at the bottom of her ad. I put in window stickers around the perimeter of my building so you can read my, ‘It’s Victor Recording Studios’ sign and this is our business number. I’ve gotten a few clients from that. One of them is actually a client who’s going to do a podcast Friday, and it looks like she’ll be a residual client, so that’ll be pretty big for us, too. So I think it’s doing a little bit of everything, and especially utilizing all those free avenues that people don’t usually capitalize on.”

It sounds like you’re really tuned into the business side of owning your own studio.

“I’ve always been interested in the business stuff. I almost went down that path in terms of schooling. In high school I took the personal finance and the entrepreneurship classes, and definitely took away some tidbits from that.” 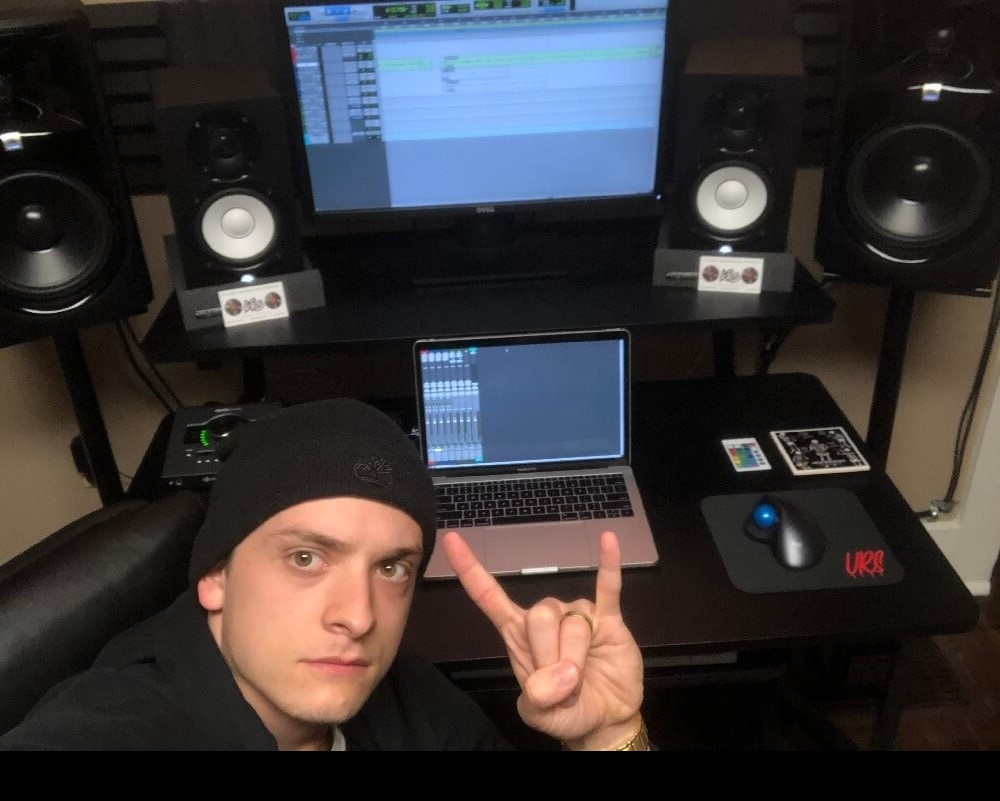 Have any projects you’re excited about?

“I’m excited about all of them….So my friend, who’s been contracting for me [and] who I’ve been doing this with forever, his artist name is Raza the King. He’s working on his second album. There’s an artist in Sydney, Ohio, a couple towns north of here, who’s got a couple thousand people following him. His name is Blvck Trev….Raza and I, we had our first show in the Oregon District in Dayton a couple weeks ago….[And] one of my artists is trying out for America’s Got Talent.”

Let’s flash forward five years from now. What are your goals?

“I am looking at growing my business….So I’m hoping maybe within three years actually to start another studio, and we’re trying to grow it in other ways. We have somebody making merch [merchandise] for us, and we have our own press and we’re doing all that.”

So what do you have to say about Recording Connection, about our approach, our curriculum and all that?

“I would suggest it over any other program for anybody interested in audio training….The studio time and being able to…watch how your mentor engages with the clients, and really learn how to do what you want to do, and see it hands-on is very important…

It is important to see where you’re actually at, because you might think, ‘Oh, I’ve seen this guy do it 10 times, I think I’m good now. Maybe I’m going to stop going to class. But if you don’t see that, you’re not recalling the information. Or, if you were to go to a networking event or some sort of conference and you’re not going to be able to understand the terminology, you’re going to be dismissed pretty quickly. If you don’t know what a DAW is, for example, no one’s going to talk to you anymore about how to record.

So I do like the dual approach [of the curriculum] because if you learn by reading and the illustrations, that’s there. But if you learn by the hands-on, that’s there. And at some point we all need to be able to do some of both. So even if it’s not your strong suit to be hands-on or your strong suit to read, it’s still something that is good for you to practice because there will be things that pop up, an update for your computer or Pro Tools or what have you, and you need to be able to do both. So I think that’s a great approach—being able to experience it in-person, there’s no classroom with a teacher and 25 students and a PowerPoint.”