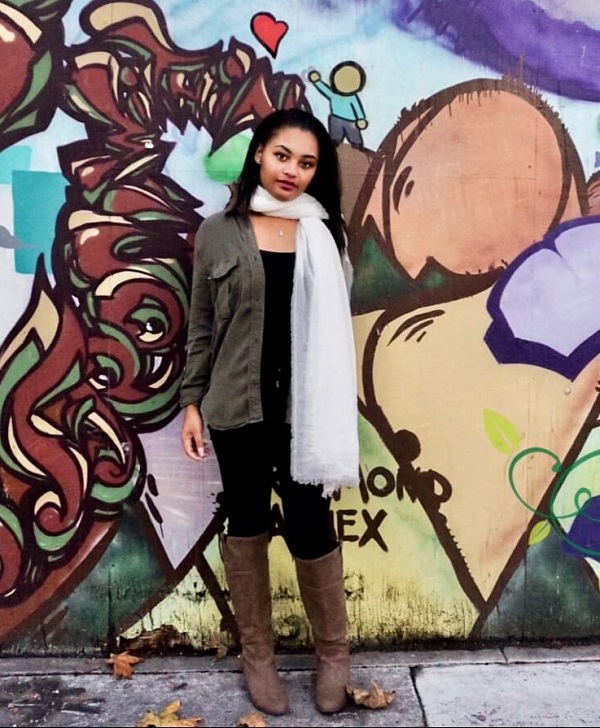 A lifelong songwriter and artist, Aqellezra “Echo” Gabriel was on her second year of general education classes at San Francisco State University, pursuing a degree in Broadcasting and Electronic Communication Arts, when she found us online.

After some soul-searching, Echo decided to change paths and enroll in Recording Connection for Audio Engineering & Music Production. Less than one year later, she’s completed her externship with Recording Connection mentor Jason Intilles aka J-Intell (E-40, T.I, Tech N9ne, Mos Def, Sage The Gemini), earned her certificate, and has new music in the works. But that’s not all. Echo was smart about getting herself in the best possible position to land a great job just weeks after graduating.

How’d she do it? She made the most of the assistance provided by RRFC’s Career Services department to find job opportunities, create a killer resume, and persist, even when the chips were down. With more than 40 production branches worldwide, PSAV is a global giant in providing on-site audio visual support and staging for sports/entertainment venues, convention centers, hotels and resorts around the world.

We reached out to the recent grad to talk about the new job, learn more about her experiences in the program, and see what’s in store for her as an artist/producer who’s come far fast, in spite of the challenges.

So how did the job at PSAV come about?

“Literally Gervais [in RRFC Career Services] was the main reason why I was able to get into PSAV. One: he introduced me to it, and he helped me find any opportunities around my area. And two: he walked me through the interviewing process…he gave me all the advice I needed…He definitely helped me create an amazing resume. A couple of other people have seen my resume, and even [at] PSAV they’re like mind-blown, like, ‘You have an amazing resume.’ My boss said that right in the beginning of meeting him.”

But you didn’t get hired at PSAV on the first attempt.

“Yeah, I was able to score an interview for PSAV in Menlo Park, and I went there. However, I did not get the job for Audio/Visual Technician, and I don’t know why exactly…

I got a little discouraged. But when I talked to Gervais about it, he told me not to… He was like, ‘This is a male dominant industry right now. Don’t worry, there are other female students that have been able to do it. Do not let it discourage you.’

So I took his advice. I saw PSAV on LinkedIn and found that they had a hiring event in San Francisco, and I applied right away. Right when I got there, I got the job easily, and it was a totally different vibe. So I’ve learned that just because you don’t get accepted to one branch doesn’t mean another won’t take you. Everyone has their different wants in an employee, and you just have to keep trying.”

Now that you’ve landed the job as an A/V Tech, how’s it going with PSAV?

“It’s going great, and I’m learning really fast. They’re very supportive, and they’re not afraid to show you all the opportunities and the ways that you can work your way up…. I also got a job at Rhino Staging the same week, for concerts and events. So I’m a stagehand there as well.”

Let’s backtrack to the beginning. What led you finding us in the first place? 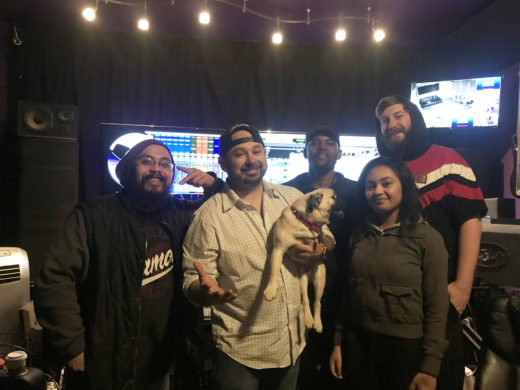 “I went to school at SF State for audio but the process was just really long and certain classes I had to take had nothing to do with it. Then I found Recording Connection online, along with a couple other schools. And when I looked at the newsletters and the success stories and spoke to you guys over the phone, I instantly really wanted to join, and I decided to do it.”

What sparked your interest in audio and music production?

“I had a rough childhood since birth…been taken into the foster care system. You know, not having a safe and good household for me…all the crazy things that have happened…music was always the thing to turn to and help me express myself and escape from the issues that were going on, and [it] allowed me to make art. It was my escape and my hobby at the same time. I’ve been writing music since I was six years old, singing since I was little, and trying to teach myself how to produce my own music, just using what I had, since I was 12.”

So what DAWS did you start out on?

“I started with GarageBand. Then I moved to Logic Pro. Throughout foster care I would use Logic Pro. I didn’t have a midi at the time, so I would try to use the key pads to create loops and make that happen…Once I got Pro Tools running and access to Midi Control in high school, [while] taking an audio production class, that just excited me more. After that, I started getting my own things and making a studio for myself.”

Tell us about that first meeting with your mentor J-Intell at Omina Laboratories.

“The first time I went in I can definitely say I was nervous. It was a very nice studio, and I was just like ‘I get to sit in here?’ Just coming from my background, it was a shock to me. I was probably in shock the whole interview. I don’t even know if he noticed. But he actually, he explained how it worked and everything…

At the end of the interview, he was like…‘I’m going to talk back to the Head of Admissions and let them know that you’re amazing and we’re going to get you started.’…That was a shock to me. It was just awesome.”

Were you able to start right away or did you have to wait?

“I was able to start right away.”

Awesome. And how did J-Intell’s mentorship make an impact on you?

“From the very beginning he definitely changed my thoughts about how we perceive sound…It’s amazing how creative you can be with a class like this. He definitely showed me how to work with clients as well. And me being there, utilizing my [externship] hours definitely showed me the full studio environment… I’ve performed in a studio before but actually sitting at the table it’s so different. It’s an amazing experience. There was a lot to learn, and it took some practice but he made sure that he went over it with me constantly and answered all the questions that I had, no problem.”

Did you take what you were learning in the program and apply that to your own songs?

“Actually it opened up a new door for me. I haven’t put out anything yet because I’m working on a full project…When I’m ready to put it out, I will. But yes, definitely…

I also worked with him live and tried experimenting while he shadowed me [to] correct anything or answer any questions that I have.”

So what’s your advice to people who enroll in Recording Connection? How can they make the most of the program while they’re in it?

“They can best utilize the program by using their personal time outside of school to create and to explore new things within what they’re learning. And I recommend to utilize your extern hours as much as you can. Go as much as you can, and take as many notes as you can, and start putting it to use…. I’ve fallen off before for a couple of weeks, you start forgetting things. So just stay consistent….Don’t be afraid to ask questions because that’s what they’re there for. And once you’re done, utilize your [Career] Advisor as much as you can.  And don’t be afraid to make mistakes and learn…. Just keep going!”