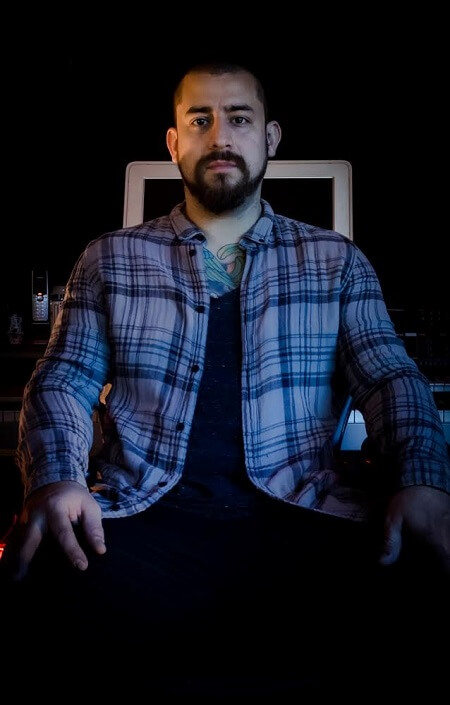 All of us at RRFC are seriously committed to providing great, real-world education, in-industry experience, and support. In order to be sure we’re continuously setting our music production and audio engineering students and mentors up for success, we recently started having bi-monthly meetings in which RRFC mentors come into our “headquarters” in Los Angeles for a roundtable conversation with our Admissions and Academic Facilitators team members.

Recently in, was none other than LA-based Recording Connection mentor Josh Monroy (Ludacris, OutKast, Justin Bieber, JoJo, Walla) of Studio 1 Zero who had lots to say about networking, getting work, hiring his externs, a recent songwriting trip to London, and more. Here are just a few valuable excerpts from that conversation. More to follow, so subscribe!

RRFC Team: Have you had any students who came in with zero experience and got hired by you soon after graduating?

Josh: “Cameron Torres…Cameron still works with us and for us. He’s actually doing a lot of songwriting for our projects and stuff, as well as mixing and vocal tracking. Cam was like, one of those guys that started out super quiet. Wouldn’t say a peep. But there on time, turned in all of his stuff on time…

He was one of those where I had to be like, ‘Hey dude, you need to speak up a little bit, man. How come you’re not getting in the rooms? You’re kind of like an outsider and there’s plenty of people to associate with and talk with and become friends with.’ And he said to me, ‘Man, I know you don’t know me, but it’s just because I’m not totally comfortable.’ And probably two weeks after that is like, I couldn’t get the kid to shut up, in a good way, I mean. And he immediately took on more responsibility… He built up that confidence, he learned Pro Tools and he was like, ‘All right, let me in now, I got this.’ It was like, all right, cool. Go. And he’s been with us for three years.

RRFC Team: Six months (the duration of our Audio Engineering & Music Production Program) can go by in a flash. What do you recommend students start working on as soon as possible?

Josh: “I think one of the biggest things and hardest things to teach is opportunity, how to recognize opportunity. And one of those, you have to know when to close your mouth and you have to know when to be like, “Yo, that’s me, I can do this, trust me.” But without that trust in that person having shown up and done the mundane…If I ask you to sweep the floor and the floor is half-ass swept, I just don’t know if I can trust you with my contacts and my network of people that I’ve built for 17 years…take pride in every single part of the job, whatever it is–Smile on the face, happy to do it…When I was an intern at Tree Sound was big on dressing on the side, and then they’d come back without the dressing…and the artist would say. ‘Oh man. Where’s my dressing at, bro?’ So it’s like, if I can’t trust you to remember something as simple as that, how am I ever going to trust you to run a million dollar room?

Another thing I would say is, you never know who’s walking through the door. They might be dressed as whatever but you treat everyone with respect. Everyone gets hospitality. I think hospitality is a huge part of this industry, making the lowest artist or the highest artist feel like, ‘Wow man, they really care about me.’”

RRFC Team: How often do you talk with your externs about generating leads, getting clients, and networking?

Josh: “I hate to say networking, because it’s such a broad term, but who you know in this business it’s everything. Every day we talk about how to talk to people. And they listen. They’re right there when I make my business calls, or when I’m dealing with the promotions, or I’m talking to the publicists or any of those things. They get to see a lot of the aspects of not just owning a studio, but owning a record label, owning a production company, seeing me with other students, and teaching. So there’s a lot of different hats that I wear.

[When it comes to getting work] there are tools that you can use now like SoundBetter, to get your gigs out there… There’s Fiverr, there’s SoundBetter, there’s StudioTime, there’s a bunch of different outlets out there that you can literally just be right there at home, fielding emails, working, responding to potential clients, on SoundCloud, making networks and collaborations with people. You can do everything that you would do out in a bar or at an open mic night online as well. So just building that network [of connections]. ‘Okay, you’re a rapper, but man, maybe somebody can remix your stuff in the EDM world. That creates cross-promotion. So go and talk to some EDM people…That’s not your genre. I get it, but talk to these people because they got people, you know, they’re going to remix your record and now your audience has just doubled. So just being active on the platforms and thinking outside of your initial circle, just thinking bigger than yourself. I think it helps bring more clients in.

And then taking that into the real world. Go to School Night (at Bardot, Hollywood) or SuperSoul Mondays or any of these things that you can attend where there’s industry people there. There’s regulars there every single week. And if you’re there and you’re talking to people, you don’t have to make it about the work. You’re just like, ‘Man, I loved your set. That was really dope.’ And then you see them next time. You can just plant seeds. It doesn’t always have to be, ‘Hey man, I’ve got a studio and I charge $300 for a mix.’ It’s just like, ‘Dude, chill out.’ Just plant the seeds, let it grow…Everyone wants it so quick and immediate, but these are organic relationships. When you build that good network of friends and colleagues that you can call, you’ve got two people for everything you need, that’s what it’s about. I feel like it’s a balance of being present not just on Instagram, but [where] people that are looking for people like you.”