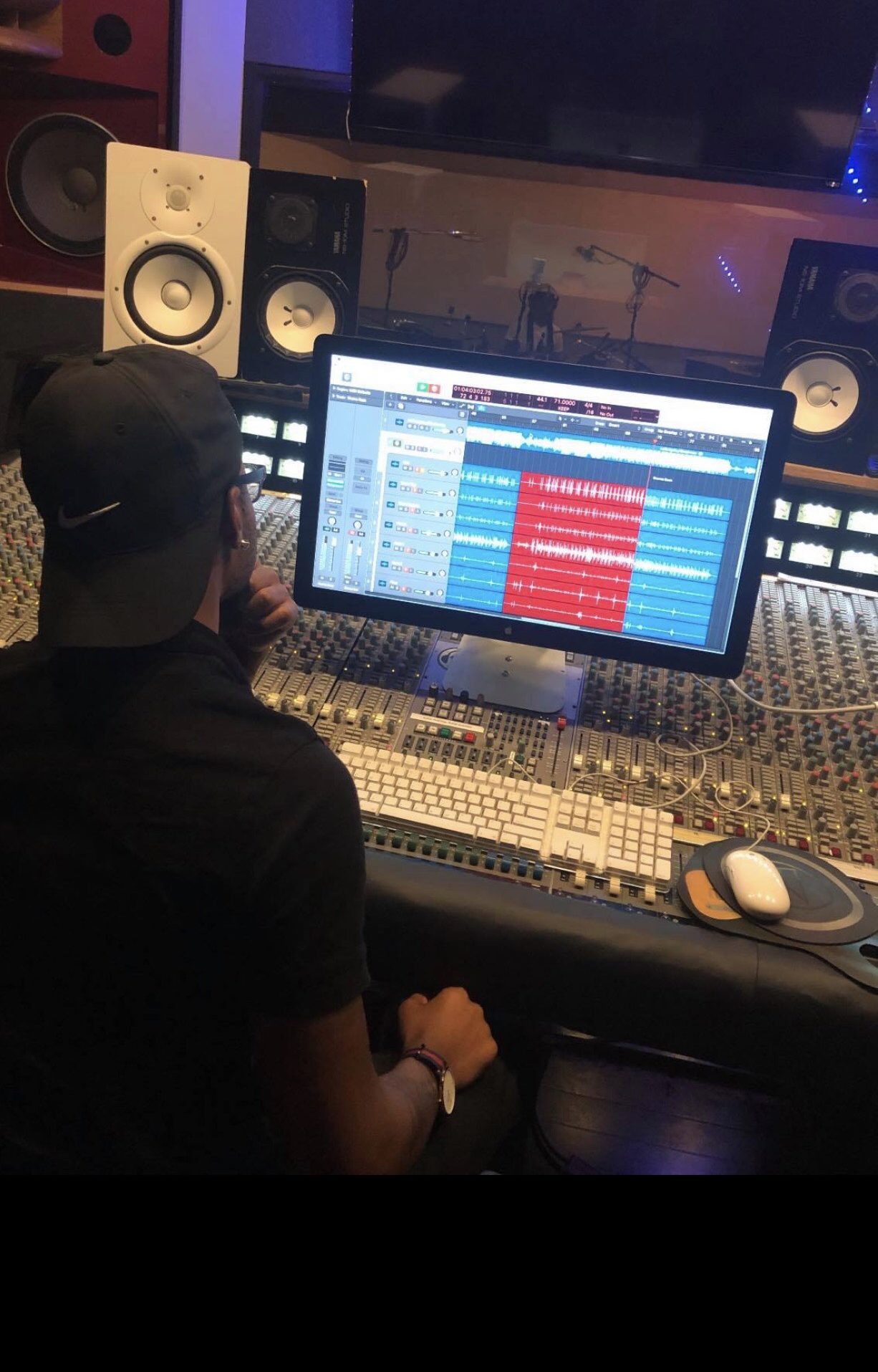 “In over 34 years of teaching I experienced something magical with Mr. Richard Sedden. He came in and was very, very quiet. As time went on, I asked him to please play my piano. At that point I said, ‘This kid is a star. I need to get him recognized.’ I heard him play [and] in 30 seconds I knew he was outstanding.

[After hearing him play] I said, ‘Is this a new song that you’re working on? He said, ‘No I just wrote it.’

I can only say wonderful things about Mr. Richard Sedden. What a wonderful student. It’s such an honor to be his mentor.”

As a talented multi-instrumentalist who plays guitar, bass, organ, keyboard, drums and now has engineering and production training under his belt, Richard is off to a great start.

After finishing Recording Connection, he connected with Tony Moore of Breed Studio. Tony then sent him on a regional tour, playing keys for upcoming artist Devon Lee. And as is often the case in music, it all happened last minute. Here’s what Richard told us about the gig:

“It was on a Thursday. He [Tony] called me. He was like, ‘Hey, man, do you want to do this tour? You’re going to leave on Sunday morning.’ I was like, ‘Okay, cool, sure, I’ll do it.’ …So I flew down to be with them for a full week. First day, on Sunday, we went to Chicago. Did a thing there because we were opening up for The Bomb Digz.

After that, we came back to Philly for a studio session and a rehearsal at Tony Moore’s studio. Then after that, the next day we went to Washington D.C. [then] New York City. Then on Friday, we went to Boston. After that we came back home. So yeah, that was my first tour. Everything was amazing.”

We’ll have more on Richard and his experiences in Recording Connection in an upcoming newsletter, so stay tuned!