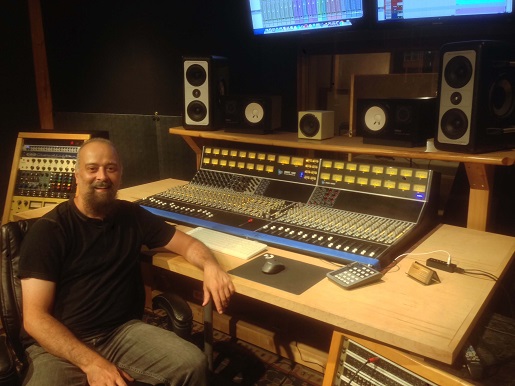 Lionel Pedro, Recording Connection mentor and co-owner of Trench Recordings in Toronto (Ontario, Canada), is a firm believer in direct, hands-on learning in audio engineering and music production. Boasting more than 3000 square feet of sound proofed recording space and located in the west end, the engineer/producer’s studio is a great launching pad for students looking to build their knowledge, studio etiquette and real world smarts. Known for capturing great performances in “live off the floor” recording sessions, the full-service recording facility includes a laundry list of great analog and digital gear. Lionel’s known for putting the artists first and seeing his role as that of a “facilitator” enabling musicians to create and capture their music as they’ve imagined.

How did you get started in audio in the first place?

“I was a huge music fan as a kid. I had two older cousins who lived with us for two years, and they were a good deal older than me. They were 10 and 12 years older. But they had a really big record collection, and I used to always listen to their stuff. I remember spending hours listening to albums and looking at the back and going, ‘Why was this recorded at all these different studios, what are all these names on the back and what did all these people have to do making this album, these different studios, these different producers and engineers?’

…But I didn’t really actually dig into the meat and potatoes of it until, in high school me and a bunch of friends started our own little high school jam band and we’d go to a friend’s house and make lots of noise. That’s where I first started approaching a mixer and really getting my teeth into it…Both me and my brother [co-owner of Trench] got into the studio business way back in 1998…And it’s been pretty steady since then.”

What’s your approach to mentorship? What are some of the fundamental things you’re trying to engrain in those who train with you?

“The first thing that I want my students to learn from me is that it’s okay to make mistakes and it’s okay to ask stupid questions and it’s okay to be afraid to look silly, because I tell them all, it’s going to happen, you’re going to make a mistake, you’re going to feel silly about it. It might not happen today, it might not happen tomorrow, but you need to be able to [say], ‘Okay, I made a mistake,’ and then just pick yourself up and keep going. You can’t let that define you… You’re actually better off making mistakes here where I can point them out, and then you know exactly what happened, as opposed to making them further down the road where you may not exactly know what went wrong or maybe you made a mistake right in front of a new client or something like that, because I find that most of those students, those mistakes that they make, they almost never repeat them.”

Could you tell us some of what your star students Michelle Nutzati and Alex Sadowski did right during their externships? 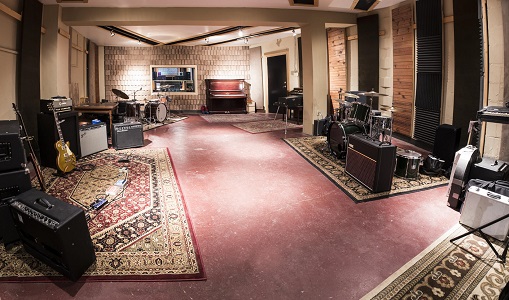 “[Michelle] tends to ask a lot of questions thinking down the road, like ‘Okay, if we do this now, how is this going to affect something else later on?’ She definitely seems to be the kind of student that’s going to be really good at planning out and sourcing that kind of stuff out: sessions, signal flow, recording in general. I find that the further you kind of think down the line about how you want things to sound, the easier it is to get it up front.”

So you’re saying she’s always thinking about building up to a good mix in the end.

“Right, exactly…When she came in for the interview, she basically said, ‘I don’t see any women in this industry,’ or hardly any women. And I told her, ‘You know what, there’s not. It’s definitely not 50/50.’…But I’ve had clients over the years who have used our studio but didn’t use me as the producer because they wanted to hire a female producer. So there’s definitely a demand out there.

Alex is great as well. I got very lucky with these students. He’s very conscious about what’s going on in the studio… He’s good at helping where he’s very helpful, and then knowing when not to confuse things. So, he’ll often save questions or suggestions until the end of the session because he knows we’re just too crazy to get into it at the time.”

What are you looking for when you interview a potential student?

“First off, I think most importantly, is just kind of that feeling, like, you know, ‘Do I want to sit in a room with this person?’…Obviously, I’m also going to be introducing students to a lot of my clients, and so I just want to make sure that in that sense it’s a good fit, that everybody’s feeling comfortable and that it seems like it’s going to make sense…

Whether they’ve got experience or not is not nearly as important to me. Like that old saying, ‘Sometimes the people who have experience are the hardest ones to teach,’ because they’re already set in their thought process and thinking. So I want to make sure that I’m not just going to be running my head against a brick wall with a student. I want to know that there’s going to be an interaction here, [and] I can tell that I can teach you.”

What’s your approach to recording bands in the studio?

“The first thing we’ll do with a band is sit down and have a little heart to heart, see how everybody wants to do it, so each time it’s a little different…We have a general  approach of how we try to do things ‘live off the floor.’ I try to isolate [the sounds]…so I set up a lot of extra mics, because sometimes they sound amazing, but, if needed, I can always pull them out of the mix afterwards…

I’d much rather let [the artists] feel comfortable because I know I’m going to get a better performance out of them, which is way more important than being able to set up the mics exactly the way I might want to…There’s been a lot of great recordings out there that have all kinds of technical flaws in them, but it’s just because the performance is so astounding that people love it. Sometimes we’ll record and there might be a little bit of distortion here or there, whatever the case is. If the performance is really jaw dropping, then I don’t want to touch it. Ultimately we’re trying to catch lightning in a bottle.”