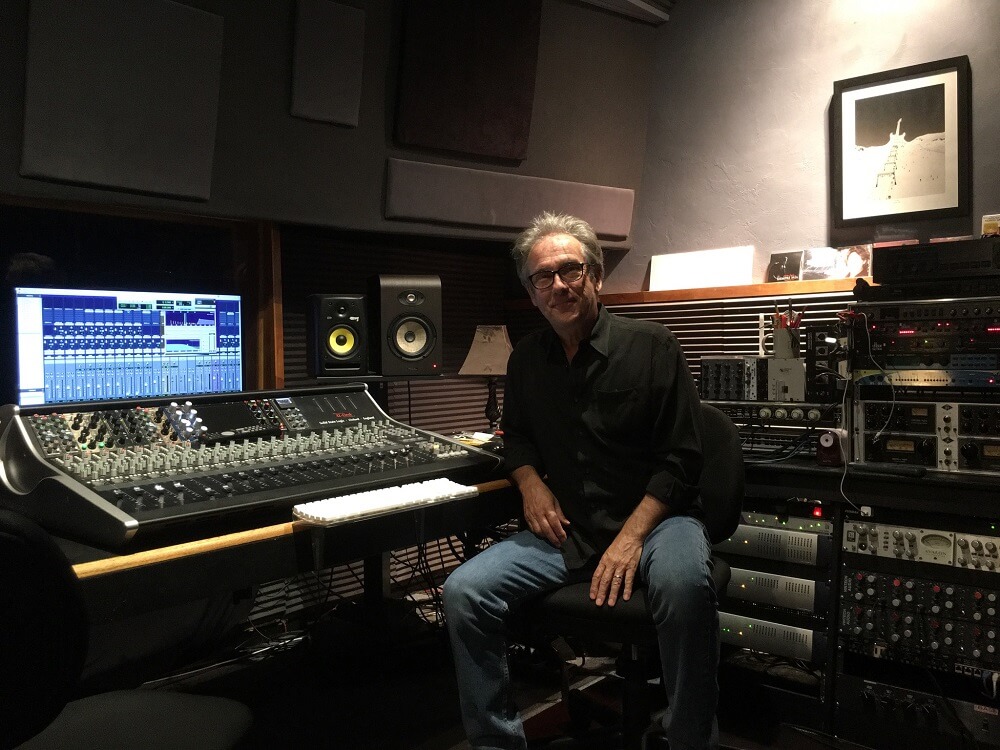 Talk to longtime Recording Connection mentor George Nardo of Luna Recording Studios in Tucson, Arizona, and you’ll know he’s anything but laissez faire in his approach to audio engineering and music production. Whether talking analog or digital, tape or plugins, for Nardo it’s all about adhering to the principles of making great sounding music through thoughtfully executed recording and engineering, rooted in an understanding that surpasses merely the “how’s” and speaks to the “why’s” of the craft and art form of making music. We recently connected with George to learn more about his journey and to find out what he wants from those who train with him at Luna.

What got you into audio and recording and production in the first place?

“I was nine or 10, I can’t remember. The Beatles came on Ed Sullivan, and I had already been playing classical piano for a couple of years by that time, but when I saw the Beatles, it was just like, ‘Mom, I want a guitar.’ She yelled back from the kitchen, ‘Yeah, but you’ve got to stay with the piano.’ So I did. So I stayed with both, and I got older, bought my first tape machine, was writing some songs, and had some friends come over, we put some guitars down on tape, and, ‘Oh, we need to make that sound better.’ What do you need to make it sound better? Well, you need another microphone or you need a mic pre or you need something, you know? You need a faster or better tape recorder. So, things start to snowball. In order to capture your music, you got to have a little bit better gear. You want it to sound like the Beatles, so you’ve got to have good stuff. So it just all went hand in hand with being a musician.”

So how did Luna Recording Studios come into being?

“I got a job offer in Los Angeles as a musician, moved there, I opened up a little demo studio because I was always a songwriter [and] you need to have a little tape machine if you’re going to write some songs…I had some friends that said, ‘God, I love your demos. Can you do mine?’ So, one thing led to another. My little four track ended up being a 16 track, to a 32 channel board, a bunch of compressors, a bunch of microphones over the course of a couple years, and then the studio was booked all the time…Then Pro Tools came out. It was just really a little add-on to your computer, just really a two track…Then you bought the next one and then you bought the next one, and now it’s starting to sound much better. And my little demo studio morphed into the beginnings of Luna. It’s been in existence from L.A. to Arizona…over 30 years.”

Who were some of the pros who mentored you when you were coming up in the industry?

“I lived in London for seven years. I got to work with Mickie Most, he produced the old Jeff Beck/Rod Stewart records, the great producer and engineer…a lot of great guys back in 70s. [Mickie] could be a task master while you’re recording, but when it came to asking questions and things about why we were doing this, he was more than helpful. He was really excited to get into the if’s, the but’s, and this is why we do this.

I got to Los Angeles I was on a label with Mike Chapman (Rod Stewart, Pat Benatar, Bow Wow Wow)…He was actually a protégé of Mickie Most. So I got to work with him, and he was another one that was just very happy to share the knowledge of why we do this, the production techniques, looking for the hook in the song, bringing this out…it’s all about the musicianship, the songwriting, and the sounds you’re getting. It all has to be one. It all has to come together. You can have a bad song recorded really well, and it’s still a bad song. And you can have a great song, recorded poorly, it’s still a good song, but nobody’s really going to be excited to listen to it. When it all comes together, that’s where a lot of our hits come from…I worked with Roy Thomas Baker, David Bianco, God rest his soul, he was a great mentor to me. I could pick up the phone with him and say, ‘Hey, I’m doing this. Why isn’t this working? And he would…say, ‘Well, try this, try this.’ …So there were a lot of guys that just loved what they were doing and wanted to pass it on.”

What do you look for in the students you take on as externs?

“Passion. Passion. Passion. It’s all about the passion. This is a business where you’re making something from nothing. So even if you’re just moving the dials for somebody else, you’ve got to do this with passion. [And] they can have questions… When I was younger, I had questions all the time. If you don’t ask these things, you’re not going to learn. And it might take you six months to figure out a compressor, but if you talk to somebody that’s used one every day, all the time, and he explains it to you correctly, then you go, ‘Wow, I get this. It still might take you six months to master that piece of equipment, but at least you’re on the road to that. I like interested parties, you know? I don’t want anybody just sitting there not saying anything or not asking anything. Sometimes I go out and make them move a microphone a half inch. And they ask me, ‘Well, why just a half inch?’ Well, let’s listen to it. Let’s see what a half inch does. Let’s move it a foot. What does a foot do? Let’s move it to the back of the room. What does that do? And you get all these different sounds. If you don’t know that you have these possibilities, then you’re never going to use the tools correctly.”