Recording Connection mentor Gino Bambino on How he got into Audio, Mixing & more 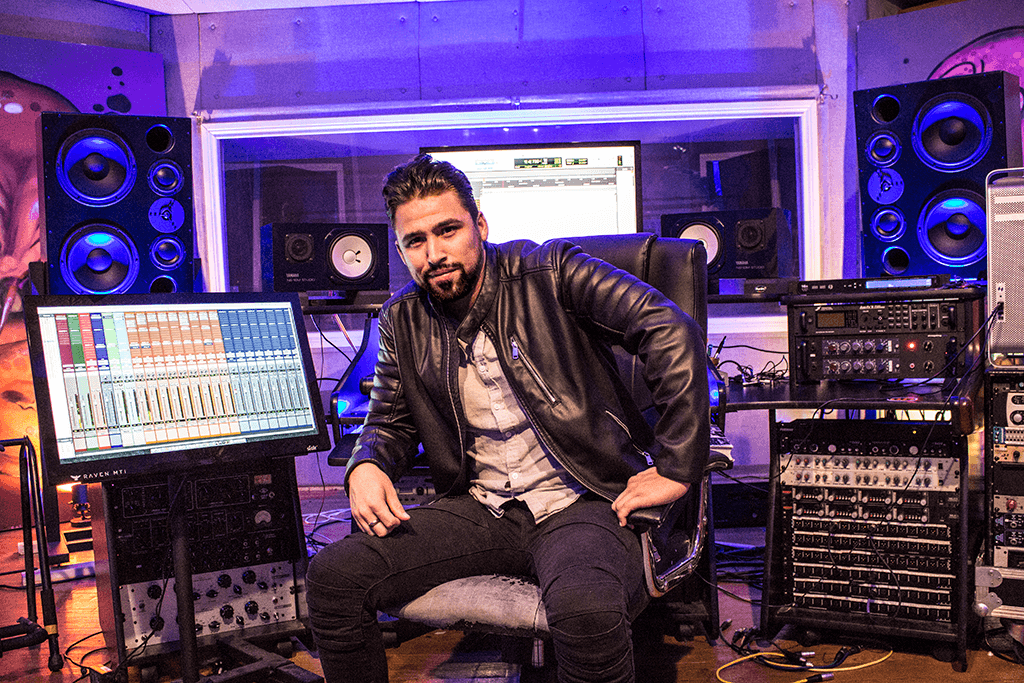 We recently connected with head audio engineer, music producer, and Recording Connection mentor, Gino Bambino of SoHi Sound in Columbus, Ohio to learn more about his journey into audio, get his advice for tackling the mix, and to find out what he considers to be the single most important quality for newbies to have when thinking about learning music production, audio engineering, or other area of the music business.

What led you into music and audio in the first place?

“I come from a very creative family. My father was an artist, and he was actually a percussionist. So music has always been part of the family… And when I was a young kid, my babysitter was a cellist. I remember at like five or six years old thinking that was the coolest thing ever. I got into classical music shortly after, and did that up until high school, [when] I got into heavy metal and rock music…So I always had this classical background. Then, I started hearing bands that would incorporate that classical sound, and came across a band called System of a Down. I ended up taking up guitar and creating a prog (progressive) rock band.

During that time, our family wasn’t very well-off. So I worked at a music shop and bought some recording gear and started teaching myself how to record. I remember toward the end of high school I was kind of at a crossroads. I wanted to pursue music, but during this entire time growing up I was actually a visual artist as well. So I got a scholarship to an arts college and pursued illustration and graphic design.

I was still doing music and steam picked up for the band…People started contacting me and asking me, ‘Hey, where did you record?’ And I would tell them, ‘Well, I did recordings on my own, in my house.’

So I started making a living recording on the side, during college….Toward the end of my senior year, I got contacted to mix a project for a guy I knew out in California…The track ended up getting mastered by Erick Labson. He was a senior mastering engineer at Universal Mastering Studios, in LA. That was a division of Universal Studios. His credentials are endless. I remember meeting with him in the mastering room, and he basically told me, ‘You had a great mix.’…That was a very motivating and humbling experience for me, and it kind of clicked that, ‘You know what? I might have something here.’” 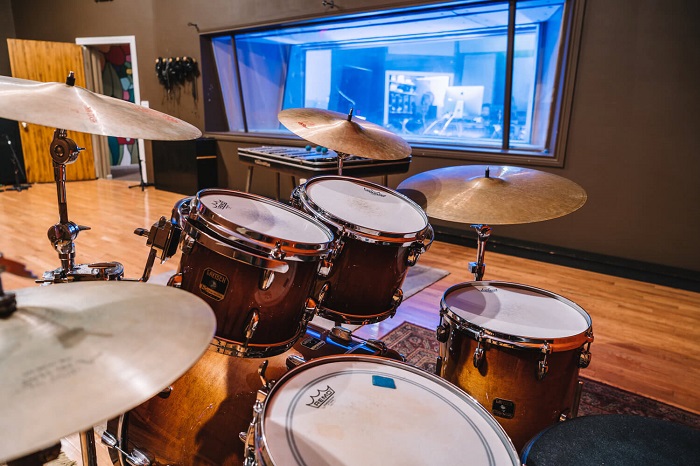 What can aspiring audio engineers and producers do to develop their ear for tackling the mix?

“So, when I’m engineering, I am relying on intuition. I’ll get in front of my 1073 EQ and crank the top end on the snare until it feels good to me. It’s just a lot of reacting and seeing what feels good, what doesn’t feel good…I can kind of play with it until it’s there.

So, if I’ve done my job right, engineering it and cultivating the right sounds and all that, when I sit down to mix, I’m listening to things completely differently. [First], I give time for my ears to rest. Then I come back to it with fresh ears. And the first thing I’ll do is bring in those tracks and I’ll level them to just get a balance without even touching EQ or compression or any of that stuff.

Then, depending on what project I’m working on, I’ll find a couple songs that exist in the real world which I think are quality, whether it’s something recent or something from years ago, it’s something that relates or is similar to the feel that I’m trying to go for. I’ll listen to that and I’ll go, ‘Okay, the low end of the kick is kind of like this,’ or if it’s a rap track, ‘The 808 is this loud,’ or whatever it may be…If it’s a successful record and the mix is great on it, you can trust that in order to know. If I have my stuff sounding, tonality-wise, close to that, I’m probably on the right track…I probably actively reference three to four songs per mix, just to make sure I’m on point… During my early years, referencing was 200% critical to developing a strong ear and being on the right track.”

What’s one of the biggest things you want students and newbie audio engineers to understand?

“The biggest thing for me, speaking out of personal experience, is professionalism. The music and the audio industry has this idea that it’s a cool thing, and it is a cool thing. But at the same time, there’s an etiquette and a level of professionalism that a lot of students don’t understand…

If you’re not aware of how to conduct yourself or how to present yourself in a recording session and know when to speak and when not to speak, and understand the needs of artists, then you can get yourself into hot water really quick… Mic’ing a drum kit, that’s all fine and good, but if you don’t know how to work with the drummer and get the best performance out of him, or you don’t know how to talk to the guy and deal with his personality and what makes him tick, those are things that can’t be taught in a textbook…

There’s so many things that you need to understand and learn in the studio environment that just can’t be taught in a traditional academic institution. Recording Connection is great because it allows you to go one-on-one with somebody that has earned their stripes and somebody that can pass down knowledge…It’s important to have that hands-on experience. And that’s really what my philosophy is. I try to teach practicality and professionalism.”