Nashville based Recording Connection mentor Lij Shaw is a 25-year music industry veteran who has worked with a long line of notables over the years. His Grammy-winning studio, The Toy Box Studio, features a restored vintage analog board used to record some of the top bands and artists of the 1970s. Lij is also known for the now-famous Hay Bale Studio, a staple of the annual Bonnaroo Music Festival that records festival bands on-site and relays the tracks for immediate broadcast.

In a recent interview with RRFC, Lij tells some of his backstory, talks about how The Hay Bale Studio came about, and offers practical insights for student externs who are working in the studio. Enjoy! 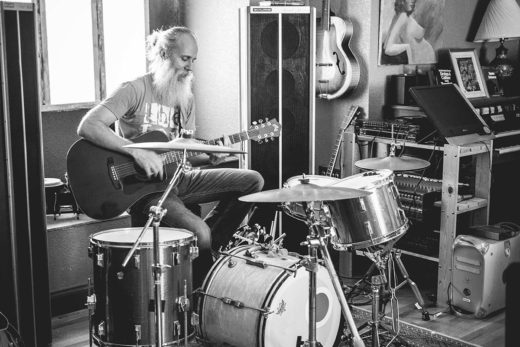 RRFC: Let’s begin at the beginning. How did you start in this industry?

Lij Shaw: I had been playing music since I was in high school. That’s when I got my first guitar. But I went off to college before I really started getting into music, and I went to go learn architecture, and I spent four years studying and getting a degree in a profession that I have never used for a single day of work…During that time I was in college, I played in bands and I really grew to love making music, and recording local bands on my 4-track recorder. And then I went off to do some traveling after college, and I ended up backpacking around the world, and of all places, I landed in Hong Kong, China, when it was still part of England, and I played in a blues band with my brother. That was the first time I got to see the inside of a real recording studio, because we went in to do a session, and I saw all the blinking lights and I saw the big, fancy tape machines and the big, gorgeous console with the faders on it, and I just had this epiphany in that moment that, “Holy crap, this is so cool, and I’ve got to learn how to do this, and when I get back home I’m going to find a school and learn how to make records and learn how to operate a recording studio”…I ended up down in Nashville and found a college and went to the recording program at Middle Tennessee State University, and came out of there. That was 25 years ago, and I’ve never looked back, and I’ve just been making records ever since, and love it.

RRFC: Tell us a little about your studio. What’s it like?

Lij: Well, the Toy Box Studio is my studio here in East Nashville…It’s a full feature recording studio that is both analog and digital. We have an MCI JH-16, two-inch 24-track with 16-track heads, and we also use Pro Tools, HDX with Pro Tools 12. It has a special mixing console that’s front and center, that is a custom built MCI board…built for Criteria Studios in Miami, where it lived in Studio C all through the 1970’s. And it’s the very same mixing desk that did “Hotel California” for The Eagles, “Saturday Night Fever” and “Staying Alive” for The Bee Gees, “We’re An American Band,” for Grand Funk Railroad, the soundtrack for “Grease,” “Margaritaville,” and a string of other records. So it’s pretty fun to work on that. And it’s also a recording console that went to the Grammys twice in the 1970’s, and we were pretty excited to bring it back in 2015 with Mike Farris “Shine For All The People.” 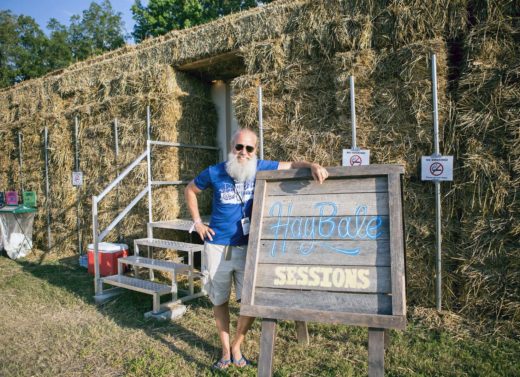 RRFC: So tell us how you got involved with Bonnaroo and the Hay Bale Studio. How did that come about?

Lij: Well, the first studio that I cut my teeth at was a place called Alex the Great…Occasionally they would get a call for a session they would hand it off to me. Well, one of those calls was a group that was coming from North Carolina that was part of the Bonnaroo scene and the Bonnaroo Festival. They were bringing bands together to record in the studio for a radio show they were doing called “Hotel Bonnaroo”. So they hired me to be the engineer for the session for the day…It went so well and I ended up doing such an excellent job of getting a full song recorded from start to finished to mixed and out the door by, you know, 6:00 or 7:00 at night with these guys, that I got a call later on from the same group, who was starting up a recording studio at the Bonnaroo Festival. He said, “…We’d like to have a great way to record the artists at the festival so that those recordings can get broadcast out on all these radio stations. Do you think you could come down and set up a recording studio for us there?” And of course I said yes….

We were looking around at the site, and we were going to take a doublewide trailer and convert it into a recording studio, but it was going to have to live behind all the big main stages. So we needed to figure out a way to soundproof it. Well, it just so happened that we’re out on a huge farm field, and that there were local farmers that had truckloads of bales of hay. So we had them come in and surround and encase the trailer in hundreds of bales of hay so that it basically created a giant bale of hay as a soundproofing with two doors coming off the side that would let you into the recording studio…We end up with this wonderful, quiet environment right there in the heart of the festival…We will be connected to 40 radio markets that are all across the country, straight from Bonnaroo. And they will immediately turn around and broadcast our music all over the country within a matter of an hour or two of the performance…It’s the most exciting thing we do all year, for sure. Everybody gets really amped up. It’s intense. It’s like our Super Bowl. 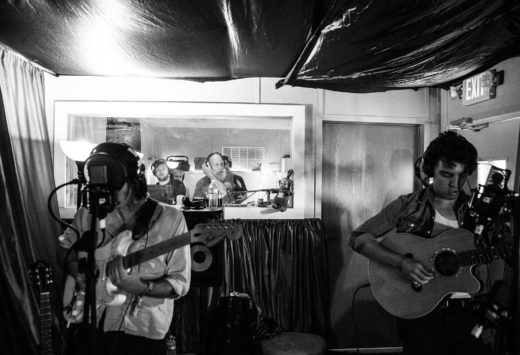 RRFC: Let’s talk for a moment about working with externs in the studio. What do you want newbies to know as to how they should handle themselves?

Lij: It probably took me years of working on music myself to finally understand just how incredibly disruptive it is if an extern is asking too many questions during a session when somebody’s trying to work. If you’re trying to mix a record, it takes a lot of focus and a lot of attention, and there’s a lot of quiet time that the mixer is actually working really hard on a project, and every time somebody breaks that quiet time or interjects a question, it completely disrupts someone’s thought process…One of the things that I like to do with my externs at the studio, is I encourage them to have a notepad either on their phone or a small, physical notepad and pen, and I let them know that every question they have is 100% totally legitimate. There’s no question that’s too dumb. What they need to do is write those questions down on a pad of paper. When we take a break at lunch, I promise I will sit and I will answer every question that you have to the best of my ability.

RRFC: What do you look for in an extern? What impresses you?

Lij: I’ve definitely seen that you get out of it what you put into it. So when I have great students, they tend to be the ones that show up ready for success and ready to learn as much as they can, and ready to contribute at a top level to any session that we have going on… Often they very best externs I have go on to become contracted engineers for me, and I turn around and hire them to assist me on sessions whenever possible, or to even just be my engineer if I’m producing a session. I’ve got guys who are off working in studios with all sorts of great engineers and mixers now. There are people who’ve gone off to start their own home studios. I have students that have gone off to focus on live sound engineering, all sorts of stuff.

RRFC: What other advice do you have for Recording Connection students on how they can make the most of the program?

Lij: Just simply understanding that by having access to a studio, you are being given access, open access, to an incredible resource that has taken huge amounts of money to create in the first place, it’s taken typically a large group of people a lifetime of hard work to create. So when you’re in an environment like that, you need to appreciate, right from the get-go, just how real and important it is for everybody who’s working there and just how much of an impact you can make, whether it’s intentional or accidental, on a recording session. So the best way to approach it is…always try to help and be doing the very best you can, but be aware that you can just as easily really screw things up and you could do real damage if you’re not careful.  So always check, double check, and triple check if you’re doing anything that might have real importance in a session…

Show up ready to contribute, show up ready to learn, don’t show up ready to tell everybody how much you already know, because you don’t know that much yet, and it’s okay. There’s so much cool stuff to learn, and it’s sitting there right in front of you, and all you have to do to really be useful as an extern is be ready and willing to bend over backwards to help the people you’re externing for. Because making music in the studio for a living is tough work and requires a great deal of dedication and effort, and the people that have given you the opportunity to come into the studio to be an extern could really use your help and they really appreciate it when you’re able to help. And that’s where the opportunity to learn is, it’s in making yourself indispensable in the studio.