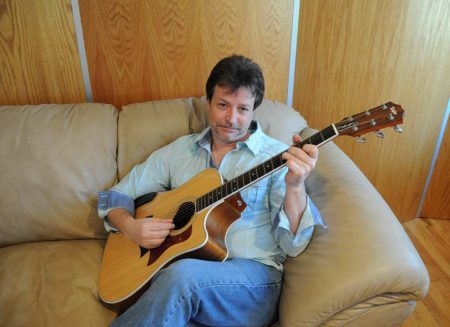 Over his long career as a composer, musician, producer and Grammy-nominated engineer, Recording Connection mentor Hollis Greathouse has worked with a broad cross-section of artists, including Ne-Yo, Ryan Tedder, John Michael Montgomery, the late Etta James and many others. Suffice it to say he knows a few things about working effectively with different types of artists, and he makes a point of passing this knowledge on to the Recording Connection students he mentors at Audible Images in Pittsburgh, PA.

In a recent conversation with RRFC, Hollis revealed some insider insights on how he approaches different clients in the studio. We found these tips so valuable, we decided to share them with you. Enjoy!

On working with creative personality types in the studio:

“What we deal with in the studio is really interesting, the people that we deal with. I have one friend that’s in a major label touring act who is a great guy. If you put him in front of people, he’s fine, but if you put him one on one with folks, not so much…he takes on his persona when he takes the stage. So when he comes into the studio, you have to be aware of this kind of thing, and there are a lot of people that are like this…You just kind of have to treat them the way they need to be treated.

[While] getting to know a client, especially in the initial studio tour or the interview, I try to ask a lot of questions and not do as much talking as I do listening. I try to get a feel for where they are, where they’re coming from, what motivates them, why are they there. That’s generally a really great question to ask, and often times it’s not just about the recording. It has to do with them feeling empowered or feeling supported or that somebody is giving them the support that they need; hopefully we will have that happen in the studio. So finding out what their motivation is a big part of what we do, and then just playing to that, not in a manipulative way, but in a helpful way.

If we get certain eccentrics, and their creative process may be different than other people’s, you have to just let them do what they do. I found with certain creative people…even if their ideas are bad, let them go. You never stop that well up because you don’t know if it’s going to get started again. I’d rather weed through bad ideas than have no ideas. So generally with creative people, you just let them go and let them work through their process, and be flexible. I talk about this with my students a lot. I call it the art of detachment. Not uncaring, but being detached enough that you don’t take anything personally. When people get in their creative space, sometimes they are not thinking about your feelings, and they just do what they do. So you’ve got to just take that as it is and not take it personally. So letting people be in their zone, let them do what they do without becoming offended by it or whatever the case may be…At the same time, you don’t want to get walked on, if people don’t value you, then that’s going to be a problem. So you need to do this delicately, often times, but you need to establish who you are without being tyrannical, but without being a doormat either. So finding that balance, which can be different for every artist, is key.

On assessing how equipped an artist is and giving feedback:

“For artists to be successful, not only do they need to be creative, they need to be disciplined…If you’ve got an artist that is brand new, they may not have the discipline to go with the creativity to get things done. So sometimes you’re dealing with a total loose cannon, and other times you’re dealing with somebody who is way more organized. So once you kind of figure that out, if they’re lacking in organization, then we as engineers and producers often will kind of take up the slack and say, ‘Okay, we’ll help you do this,’ and start making suggestions and take a little more of a leadership role in getting things organized. If you find, though, that they’re really good at that, then let them do their thing. Just get out of their way…You just kind of learn to find your place in that, whatever that might be, and it’s going to be different artist to artist.

…Most of my clients will ask me for my input, but even when I do that, I usually will phrase it as a question rather than as a demand…‘Hey, how would you feel about doing it this way?’ or, ‘What do you think it would sound like if we did this?’ That way, you’re bringing them into the conversation, and it’s a team effort, not a tyrannical kind of thing. So that kind of helps with that, too, and then they tend to respect that more because you’re showing them respect and you’re also giving them good advice at the same time, at least hopefully.” 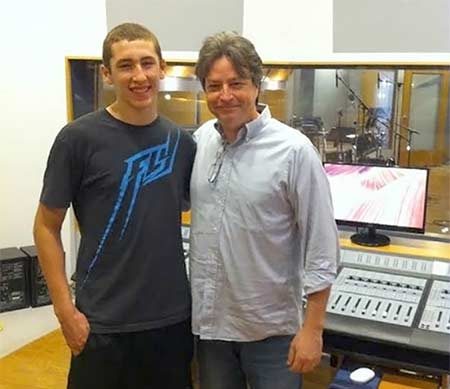 On setting the right tone for an artist-engineer relationship:

“You want to make sure that you present yourself as well as you possibly can at that very first meeting. It’s cliché, I know, but that whole, ‘You only get one chance to make a first impression’ is absolutely accurate. Clichés exist for a reason: there’s generally a lot of truth to them. So making sure that you present yourself in a professional manner, that you know who you are…When people are arrogant, it’s generally overcompensation for insecurities. So if you are secure in who you are and what you’re doing, you won’t need to be arrogant. You won’t need to be conceited. You can just be you, and people will respect that. But you need to do that right out of the gate, because nobody wants to think they’re getting into a working relationship with some particular type of person only to have the script flipped on them later.”

On setting healthy boundaries in the studio and showing the value of what you provide:

“You just kind of have to hold your ground on some things, as far as how available you are. Are you going to pick up the phone every time they call?…You don’t have to create conflict to do that…[One] thing I tell people with that is if I’m in a session, I don’t take phone calls. If I’m working with an artist, they get 100% of my attention. So I tell artists that I’m working with, ‘If you call me and I don’t pick up, chances are I’m in another session. I wouldn’t do that to you, so I’m not going to do that to these artists. So I will get back to you when I can.’ That creates a boundary there, that creates a rule of communication…I’m not saying we want to blow people off and be rude or inconsiderate, but there have to be some kind of boundaries there. I’ve always heard that you’ve got to teach people how to treat you. You decide what you’re willing to do and not do…People will respect that. If they know there are boundaries, then they know, ‘This guy’s got something going for him, he’s evidently good at what he does,’ and that creates value.”

On different approaches in dealing with “Type A” personalities versus those who are timid:

The really timid person needs to be pulled out of their shell…People come into the studio, and frankly it’s a pretty uncomfortable experience for some people because it’s so unusual. They’re used to being on stage in front of a bunch of people screaming for them. They get into the studio and there’s nobody there going, ‘You’re the best thing in the world.’…I tell my students all the time, when people come to us, they’re making themselves incredibly vulnerable. We need to respect that. Even if you don’t necessarily like their music, the fact that they made themselves vulnerable, they took that chance on you, that should be respected and honored. So when people come in and make themselves vulnerable to us, especially if they’re timid and maybe they’re not getting support elsewhere, we need to make sure that we really step up our game for those folks and say, ‘You’re in a great environment here where people are going to support you…We’re all friends here, we’re all in the same boat. It’s okay to make mistakes.’ I tell people if they’re having a hard time, ‘You only have to get it right once. Nobody will ever know about the other times.’ Just try to build that rapport with them such that…they can come out of their shell and be the artists that they truly are.”