RRFC INTERVIEW: Recording Connection mentor Don Heru on the Art of Producing and Working with Artists 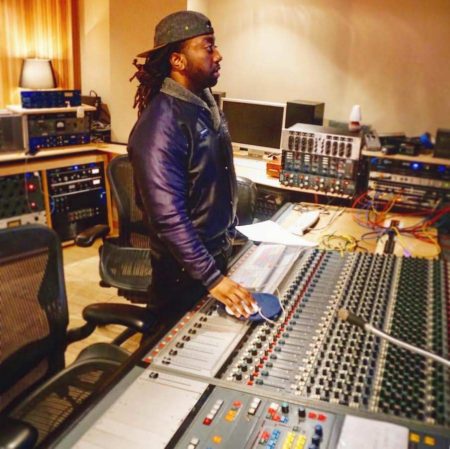 When we caught up with Don recently for an interview, he weighed in with some helpful perspectives on producing and working with artists, as well as advice for externs. Enjoy!

RRFC: So tell us about your journey into music. What got you interested in this industry?

Don Heru: I come from a very creative background, my parents are musicians. My father in particular is a multi-instrumentalist, self-taught, and my mother was a singer and also a dancer. That’s actually how they met. So I was always around a lot of creative people growing up, and through the years I transitioned to different forms of artistic expression. I used to paint, I tried to dance at one point and I even tried to sing…I [eventually decided [on] music because music has always been a part of my life.

RRFC: So what is it about the craft of producing that really speaks to you, that sort of feeds you? Are you more of a tech guy? Are you into working with the artists?

Don: I would say using my technical expertise to bring out the creativity of a project, I think that’s what’s dope about it. Because at the end of the day I think what speaks to people is how they feel. I can listen to a song that’s in another language, feel the expression and the passion that the artist had without fully understanding their words. I think that’s the goal of music, to really bring that energy out in whatever song, make every song feel like a record where the emotion and words and production and everything is just glued together that just kind of sticks with you…The technical aspect is important, but the I think the creativity and the feel of it is more important.

RRFC: Working with artists, can you give us a few insights that you’ve gained over the years about how to get a good performance out of them, how to communicate with them?

Don: You have to pay very close attention to body language…Just try to get an understanding of what kinds of things they might be interested in. I think it’s really good to do your homework, like literally read up on the artist, if you have the opportunity to find out who you’re going to be working with before the session. But I would say just really be very attentive to what it is that they want, and that sometimes it’s not so much what they say, it’s what they respond to. When you’re doing some type of edits, mix tweaks or something like that, and sometimes if there’s one second where they might stutter with a bop or they’re like, “Hmm,” or they have an unsure look on their face. That might be when you could ask, “Hey, what do you think this needs?” or something along those lines. Ask questions…but then use your intuition as well, because sometimes it calls for you to actually bring something out that they might not have heard.

RRFC: Do you see the role of a music producer as sort of a guardian or conduit for the project? How would you describe it?

Don: I say a music producer is a liaison between the artist and the audience. They’re the glue that kind of brings things together, because obviously they want the artist to be pleased, but at the end of the day they’re also thinking about the audience. Sometimes even though you are the producer and you’re part of a project, you could also be the audience. You could also look at it in the way of, “If I wasn’t working on this song, what would I want to hear? How does this make me feel or how would I want it to make me feel?” So your job is to be kind of the middle man.

RRFC: Can you tell us a bit about your mentoring style? How do you approach a new student when we send one to you?

Don: I introduce myself, I make them feel comfortable, I ask them questions: what makes them want to be a part of this program, how long they’ve been doing music, what they love about music, just so I get a feel of their preference and style…I learn as much about them so I can actually teach them the way that I think they absorb information. So once I bring my extern into the studio with me I make sure I introduce him or her to the artist and everybody else that’s in the room. I have them close to me while I’m while I’m working. I ask them questions and I’ll actually make them be a part of the process. [However,] I do try to stress to my extern…to be a part of it without getting in the way of the session. If I can’t explain it at the moment I’ll tell them, “Ask me when I’m finished tracking or after the session,” or sometimes even write it down. That way I can give them the full attention that’s needed without taking away from the creative process in the studio.

RRFC: What is it about the Recording Connection’s particular approach that you find the most valuable?

Don: What I find valuable is the fact that you guys allow the learning environment to be where the creating is happening…When you’re in a lecture room and somebody’s telling you about the basics of recording techniques, it’s not the same as when you actually see it happening and are physically doing it. It’s important to get that real world experience, and not just on a technical aspect, on a creative aspect. When you’re in the room while something is happening, you actually learn things along the way…At the end of the day this is music. So it’s important to get that understanding and be able to give that kind of guidance.