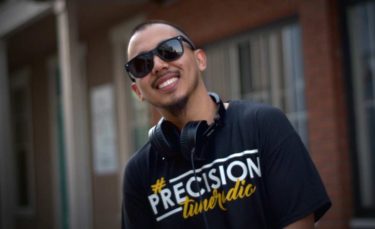 In true music entrepreneurial fashion, Recording Connection grad Paul Ramirez has formed his own niche, and done so in a way that helps his own local music scene. Paul recently put his audio skills to work by launching a new podcast, Precision-Tune Radio!

While having someone shoot video for the show, Paul interviews his musical guests himself, then gives each guest the chance to perform. Paul puts his audio skills to use by recording, editing and mixing all the audio himself. He sees the podcast as a way to encourage up-and-coming talent and build community while introducing his listeners to great artists and great, new music. He says, “I interview these artists, they give advice to other artists that want to try to make it, and share their stories and they could showcase their music.” 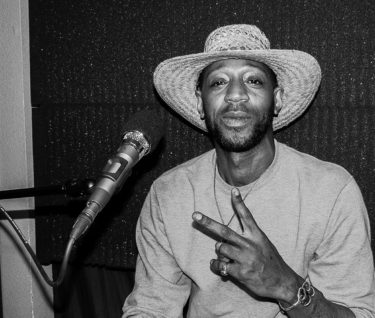 Since launching the podcast, Paul has already attracted some attention, including some fairly notable guests who have agreed to come on—most notably, Malik Moore, better known by his stage moniker “FreQ”!

“He was a guitarist and vocalist for The Lions, which is a supergroup from LA for reggae,” says Paul. “He was working with artists like Lee Scratch Perry, Big Daddy Kane, and that group just consisted of other professionals that worked for artists like Beyoncé, and they played for Cee-Lo Green, and they were just really around the big artists. So it was pretty cool.” 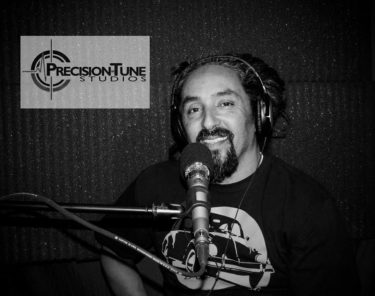 With the podcast, Paul uses a relaxed interview style, hoping not just to expose his listeners to great new music, but also to show the human side of the artists he features. “Each artist that I interview, it’s different,” he says. “They’re all coming from different places…I just want everybody to be themselves. If you listen to the podcast you see who the artist is, you see their personal side, their real side.”

While Paul is happy in the niche he’s made for himself, he sees it as only one aspect of his career. His advice for others? “Honestly, I feel like you just have to go all in with what you want,” he says. “Just follow with what makes you happiest. Right now, I’m extremely happy with what I’m doing but I want more. There’s a lot more that I want to do.”