Time sure does fly when you’re constantly on the grind, making it happen, gig by gig, client by client. Recording Connection graduate Chris Locke knows what it means to work hard, super hard, and make those dreams reality, step by step.

Chris signed up for Recording Connection a little over 4 years ago, when he was working delivering pizzas for Pizza Hut and had the idea of learning how to produce his own music. To say he was a bit green is an understatement. Chris didn’t even know what audio engineers did nor the vital role they play in getting great sounding music made. He was simply a guy who loved hip-hop and wanted to know what it took to make his own music sound great.

That all changed the moment Chris got into the recording studio environment and started his externship with Nick Joswick (Israel Nash, Morcheeba, Seth Walker) at 5th Street Studios in Austin, TX. Almost the moment he started, he knew working in the studio was where he wanted to be. When Chris wasn’t externing, he was in the studio training, observing, or learning more about audio engineering on his own. He even enrolled in extra classes at the local JC. Weeks into his externship he told his mentor, “ask me anything” proving to Nick and the studio owner that he was committed to learning the craft. Prior to the studio opening each morning, Chris even made it part of his regular routine to check all the studios and get them looking pristine before opening the doors for business. His proactive attitude paid off. Chris went on to get hired by 5th Street and worked there as an audio engineer for four years.

Now he’s launched a new chapter in his career. He’s opened his own recording studio, focused on meeting the needs of Austin’s burgeoning hip-hop scene. Unsurprisingly, being proactive and resourceful are two key components to Chris’ current success:

I had a storage unit that my pops owned. They [my parents] always told me that my sister gets the house and I get the storage unit. And when I was 24, about 2 years ago, I told my pops, ‘Hey, I really want to take the storage unit and turn it to a studio.’ Like it’s a big, big storage unit, the size of a house. So we completely dedicated the whole building to the studio. A third of it is to the music studio. I have another part of it dedicated to a lobby lounge area for my clients to relax in when they’re in here with a group. And then the last third of it is my photography section which I’m actually finishing right now…I opened this two years ago, and I’ve been doing great.”

Even won Austin Hip Hop Awards “Engineer of the Year” for 2016. An honor he was convinced another local engineer had in the bag:

And I was happy to be nominated because, you know, I put in a crazy amount of work in there. I saw some other people on there, like Russ Tigman from another studio in town. He’s actually the dude that my very first client went to, and he compared his work to mine, and I was like, ‘Man, this dude’s so good.’ And I always wanted to try to match him on that level. And so the last four years, me and him have been competing with each other pretty hard because we work with all the same clients in town. But for me to be nominated with this dude, I was like ‘cool.’…So we’re at the show, and Russ actually comes up to me for the first time, and introduces himself. And I’m like, ‘Cool man, it’s good to meet you. I’ve heard a lot of your work.’ Like one of the only dudes in town who does hip hop that I respect because he’s actually good at it, you know?…So at the moment that we’re introducing each other to ourselves, like we’re talking to each other, is when they called the award. And they called me up on stage.”

Flooded with work, Chris knows what it means to put in the hours working with the Austin areas many hip hop artists. From tracking to full-scale music production, Chris does it all now at Lit Up AV, based on what the client needs. Rising hip-hop artist Kenny Gee and Nigerian pop-star rapper Raji are two notables poised to hit big in coming months. He even sends clients to 5th Street, his mentor’s studio, and says he and Nick will be friends for life.


Ramy Morales Gets Signed to Sony ATV and Goes Platinum On… 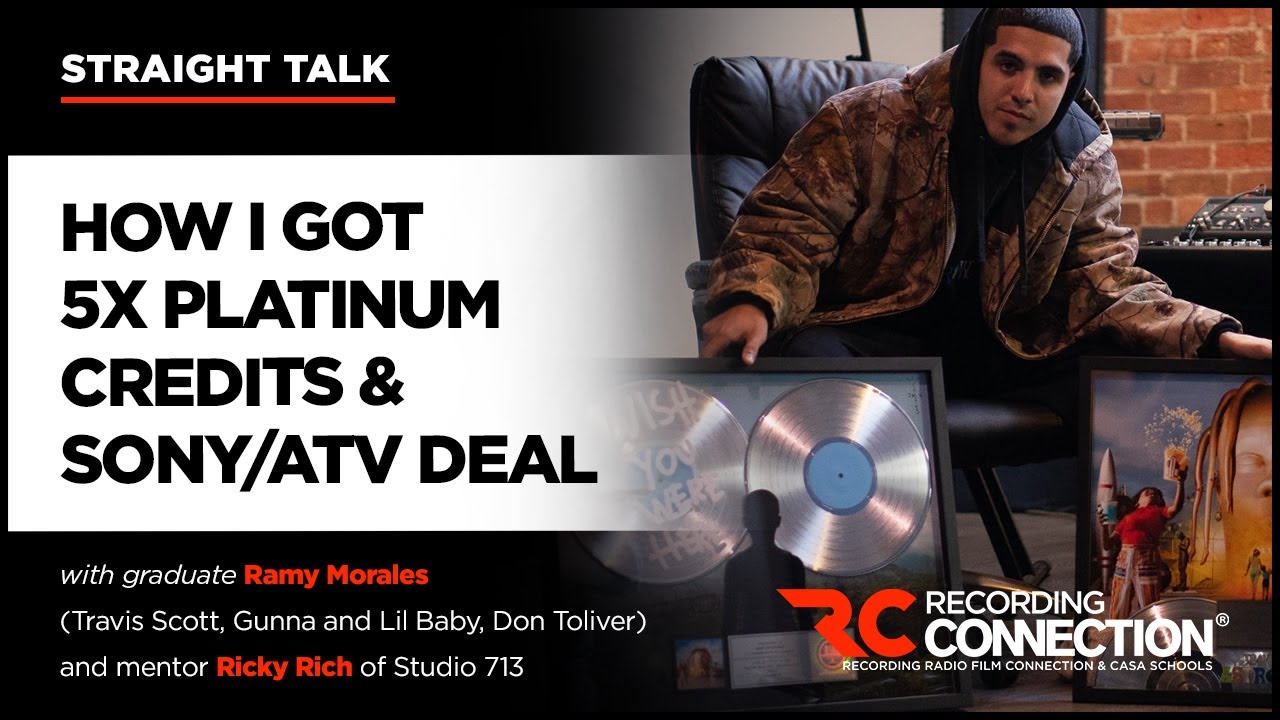