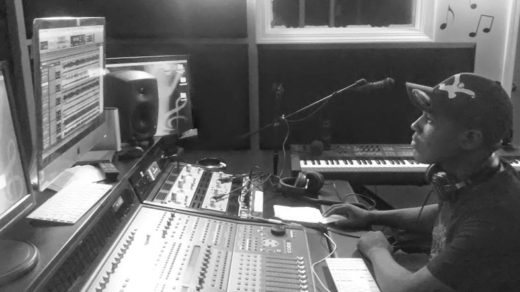 Like so many people now working in the industry, Recording Connection student Isaac Patton of Chicago, Illinois grew up around music—growing up in church, singing in the choir. But his interest in the production side of things came almost by accident.

“Me and some other family members of mine, we’d form our own little group, doing rap and things like that,” he explains. “And when we did record, I was always the person that would pretty much do the engineering or producing. And they would joke around every now and again that, ‘Yeah, you should probably be a producer or engineer.’ And I would scoff at it at first, because I guess at the time I didn’t see myself being in that position.”

When he did start to take a more serious interest in engineering, Isaac drew inspiration from his mother, of all people, who had pursued her own dream by opening a recording studio in their church. “Seeing her take a leap of faith inspired me to do the same,” he says, “and redirected my focus from being an artist behind the mic to being the brains behind the mix…She’s the inspiration behind my drive!”

Even so, Isaac could hear the difference between his own self-instruction and the work of the pros, and knew he needed more.

“I started to really be more interested in the work that goes on into making a song,” he says. “I knew there was something that these professional engineers and professional producers were doing that was completely different from what I was doing, and I knew that something was missing there. I’m like, ‘What is it that I don’t know that I need to know to get me to the next level?’”

Isaac checked out the Art Institute of Chicago, he says, but balked at the $80,000 tuition for their audio program. “I was almost close to signing up for it until something told me, ‘Look again,’” he says. “So I did a simple Google search, and then I ended up finding Recording Connection.” 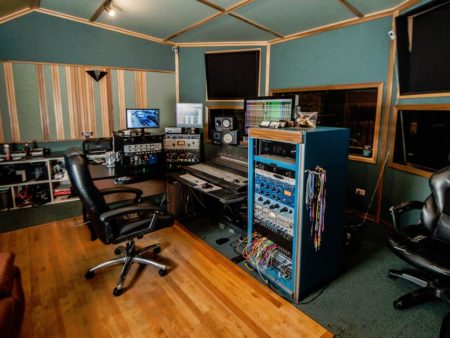 When he discovered he could be mentored in a Chicago recording studio for a fraction of the cost, Isaac was hooked. He enrolled and was placed for an externship with Joe “Dante” Delfino at Miller Street Studios in Chicago. Isaac recalls hitting off with his mentor at their first meeting.

“The day we first met up, I actually brought my mother with me, too, I guess just to give her some insight on what I was getting into,” he says. “So we walk in, and…we just basically get down to what is it I’m interested in, and what is it I’m looking to learn…He’s a great guy… definitely a professional, easy to speak to.”

Right away, Isaac says he began seeing all the gaps in his own self-training, and started to fill in those gaps: “Things like working with a patch bay,” he says, “and learning how to mix and master—for so long, I put those two… I always thought the terms mix and master was like one thing. I didn’t know there were two different processes.”

Isaac also got to sit in on a lot of sessions and watch his mentor work. “That’s a real eye-opener right there,” he says, “because you see how warm and welcoming he is with different clients, whether they’re new or returning. And the artists, they’ll record their vocals and things like that, and before they leave, they’ll hear themselves back…they all leave like so astonished at how it sounds. That’s the thing about it: every last one of them, they leave just so astounded. And then they look at me and they’re like, ‘Man, this is the guy to learn from.’”

Going through the program has not only helped Isaac step up his own game, but he also says it’s opened him up to the possibilities for a career. “Just going through the program has just really opened my eyes,” he says. “I look at everything differently….The Isaac of today is more focused, as far as the way he records, what he records and what he sees himself doing in the future, as far as career-wise, whether it be not just recording with big-name artists, but maybe going beyond that, maybe working on like a movie score or something like that.”

To Isaac, it feels like crossing a barrier into another world. “I didn’t know how much I didn’t know,” he says. “That’s the thing about it. It’s about crossing that barrier from what you don’t know to what you do know.”