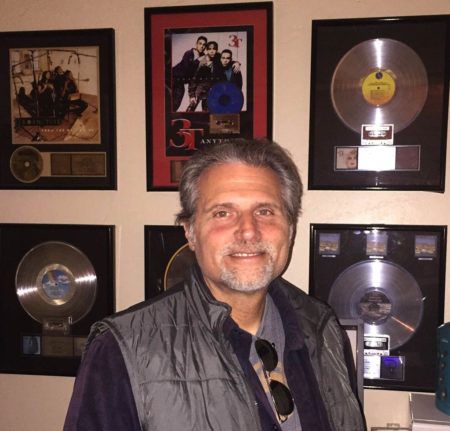 A true veteran of the music industry, Recording Connection mentor Michael Vail Blum is a Platinum-selling producer/engineer who’s sold more than 100 million records and worked with some of music’s biggest names, including Madonna, Michael Jackson, Julian Lennon, Prince, Roger Daltrey and others; he also had a hand in developing Kelly Clarkson as an artist before American Idol launched her to international fame. Operating out of Titan Recording in Los Angeles, CA, Michael also takes pride in helping Recording Connection students gain the experience and connections they need to build their own careers in the industry.

In a recent conversation with RRFC, Michael dropped shared a few nuggets of wisdom with us including: the kind of passion he looks for in students, the importance of thinking like an entrepreneur, and key advice on working with artists and creating opportunities. Enjoy!

ON WHY HE PARTICULARLY ENJOYS FINDING AND DEVELOPING ARTISTS:

“I just love being able to conceptualize how an artist could be presented. It’s almost like taking a diamond and being able to cut the diamond into how you want to do it and put it in the setting so it’s attractive. And there’s a million ways to do that. And it just so happens that when I make the connections in my head, it takes a while to germinate, but then it seems to work pretty well when I can make a connection as to how to take an artist and make them more understandable to the rest of the industry and the rest of the public. So, part of the thing that I think I really love about it is that I can take an artist, and get into what they’re all about, and try to bring that more to a place where other people understand it. And that’s what I view is the role of a producer, is to be the objective ear…I do a lot of that kind of stuff, and in the process I probably have had six to eight artists sign major deals, and so just something I love to do…Right now, I’m working with a really great artist…His name’s Chris Esse, and his writing is amazing. It’s a cross between David Bowie, it’s a little Pink Floyd, it’s a little ELO. It’s just really great. It’s kind of classic sounding.”

ON DISCOVERING AND DEVELOPING KELLY CLARKSON BEFORE HER AMERICAN IDOL WIN:

“I started doing my own thing…where we’d get musicians in the studio, because it was my studio, on some off time, and we’d start working with artists. Anastacia was one of the artists to develop…she ended up getting a huge deal on Sony…And then after Anastacia, I put the word out there I was looking for more talent…So I started auditioning some vocalists, and Kelly walks in the door and sang me a Mariah Carey track. That day, believe it or not, there were probably three or four other girls that were just as good, and I ended up gravitating towards her because some of the songs we wanted to record seemed like they’d be perfect for her.”

ADVICE ON WORKING WITH ARTISTS:

There’s always that get-to-know-each-other period. That’s really important, actually, because a lot of it is learning how to communicate well with your artist and get to know where they’re coming from, and what their songs are about, and why they wrote it and what motivated them. So you can cue into that and be sensitive to that, and also try to understand why other people sometimes might not get what they’re trying to communicate in their songs. So that’s what I try to do, and I think that it’s really important because then the artist understands that you’re really on their team. There’s so many producer/engineers and programmers and writers that just want to live through another artist and try to put their own stamp on them, and that’s not my personal style. My personal style is to make the best out of what the artist can be, and that’s why I have so many varied styles from Madonna to jazz to rock.”

ON THE IMPORTANCE OF EXPLORING A DIVERSITY OF GENRES:

I think one of the pitfalls [in this business] is that people start thinking of themselves as one genre of music. I look at music as being a creative endeavor in a bigger sense. And I think it’s really important to be able to keep learning, changing styles, learning from new artists. It’s all good, and it’s all music, so it’s kind of like if you wore the same clothes every day, it would get boring.”

ON THE IMPORTANCE OF THINKING LIKE AN ENTREPRENEUR IN THE CHANGING MUSIC BUSINESS:

“I feel like I’ve always taken the path of building my own career and being proactive about it. And I think that that’s an essential part of it, where sometimes my peers will complain about the industry, I just see it as an opportunity. And I think that it’s really important to go out and build your own career. And that’s what finding talent is to me, is being able to have the opportunity to find something I think is good and valuable and bring it to market. In the process, incidentally, I have my own label.”