ON ALWAYS BEING WELCOMING AND ON YOUR GAME IN THE STUDIO: 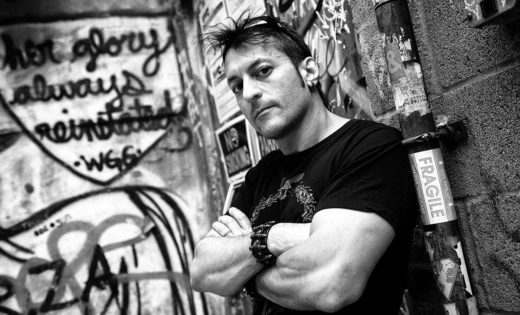 “You never know who that person is in the recording studio, it could be an artist, it could be a producer, it could be like the biggest producer, it could be an engineer, or it could be nobody. You don’t know. And you always got to be on your A-game…If you’re in session and you see someone, and you don’t know who they are, you go up to them, you immediately introduce yourself, ‘Hello, my name is Sax,’…find out who this person is…It’s a customer service based industry you know? I’ve seen a lot of people f**k that part up. Like they just ignore someone and stuff like that, and then the next thing you know it’s Michael Jackson’s manager, you know?”

ON BUILDING A RAPPORT WITH CLIENTS:

“It’s just being honest and sincere, and just being a genuine person…You’ve got to be kind and courteous, and remember it’s a customer based service industry, and you’ve got to be genuine because people see right through the phony [stuff]… It’s a lot of psychology, it’s a lot of patience…It’s all respect when it comes down to it.”

“Whenever you maybe have a new student and one of their favorite artists or maybe someone popular comes through…you’ve got to desensitize them. You cannot act like a fan, you know, it’s not like that at all. You’ve got to step back down…If somebody’s an assistant at a studio and like J. Cole was in the studio, you do not tweet, ‘Oh, J. Cole’s in the studio’… These artists are paying a lot of money for their privacy. So if you just start tweeting or putting it on Facebook that you’re with them and you’re tagging a location with that artist, they’re going to have fans outside. And they’re not going to like that, and they’re not going to come back to the studio.”

EVEN MORE ADVICE FOR STUDENTS:

“Number one is always, you’ve got to have fun. As long as you’re doing this, have fun. As soon as you stop having fun, do something else. And one of the other ones is, [in] the recording industry, you know, the recording studio, don’t get it twisted, and do not forget that it is a customer service based industry. You are no different than Victoria’s Secret, or a Prada store, or Hallmark or whatever it is. It’s a customer service based industry. You’ve got to always abide by that. No matter how cool you think things are going or how cool you might be with your client, you’re still a customer based industry. Don’t get so comfortable that you’re going to do something stupid.”