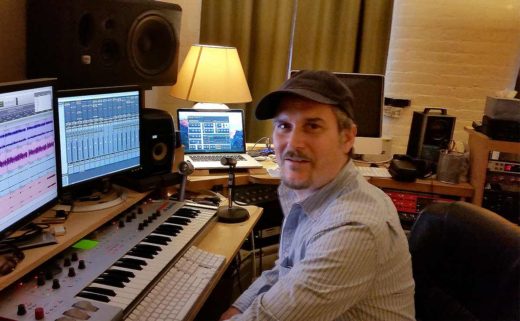 RRFC: Take us through your musical journey a bit. What got you into music in the first place?

Matt Stein: What got me into music, I guess, was being a fan of music. When I got into music, other than just listening, right away I knew I wanted to record and produce. I was a fan of David Bowie when I was a kid. I read an article about a producer that he worked with, Brian Eno, and they were talking about some tricks they did in the studio. And I was like 14 or 15 or something, and I didn’t really have any like idea of what people did in the studio… And reading this article about all this kind of crazy stuff they were doing and experimenting in the studio just kind of blew my mind. And, you know, that was it. From that moment, I kind of knew that’s what I wanted to do.

RRFC: And how did that lead to working in the studio and recording?

Matt: I started buying equipment which, back then, was pretty primitive compared to what we have now and would zone-out in my basement, messing around with recording…Programming has always been a big part of what I do, you know, computer programming, programming music. So even way back, when it was just MIDI and using samplers and outboard synthesizers and stuff before you could do it in the computer…That’s how I got my lucky break in the industry.

It was back in the early ’90s when I moved to New York, and I was interning in the studio…And there was this artist there working, Bootsy Collins, with this producer named Bill Laswell. And they were having trouble programming a drum machine or something…They were like ‘We’re stuck with this drum machine. Anybody here know how to program it?’ And I said, ‘I do!’ So they called me in the room, and I fixed this thing in the drum machine. And then it happened again like on the same client like a couple days later. And so, the engineer on the session, like a month later was–this producer, Bill Laswell, had built his own studio…and the engineer called me at one in the morning one night, and was like ‘Jump in a cab and come out to Brooklyn. We need some help with the computer.’ He remembered and got my number from the studio. So I went out there, and they were working on this album for the Jungle Brothers, kind of early ’90s rap group…So I went out and fixed whatever problem they were having with the computer and the engineer said he’d pay me 50 bucks, you know, just to come out every day and sit in the room…More and more, I kind of was starting to get integrated into the session, because, rather just sitting there waiting for something to go wrong, they started being like ‘Oh, can you do this? Can you do that?’ So I started actually programming for them…This was a Warner Brothers album. And, you know, like I said, I was an intern like two weeks earlier. So of course, I said I would do it. And so that was kind of like my big break. I went from interning to engineering a major-label album.

RRFC: So you get thrown into the deep end with these guys. So does that end up being a job somewhere else? Did it help you land more work?

Matt: I mean being in New York, you know, it’s so compact, you know? You’re just always meeting people. So with the whole sort of thing centered around Bill Laswell’s scene, doing the Jungle Brothers album and then two Golden Palominos albums, was noteworthy enough that people I started to meet at labels were willing to give me jobs…My resume just started building up; I was meeting people. Once you’ve got some stuff under your belt, it’s a lot easier to get jobs. 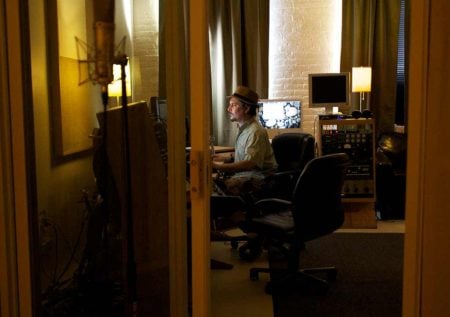 RRFC: Do you have a specific approach you take with artists? Let’s say I’m an artist coming to you and I want to do a project. What kind of questions are you asking? What do you want to know about me before you work with me?

Matt: I think a lot of it is influences, you know, because it’s so hard to communicate verbally something you’re looking for musically. And so always having examples of influences and things that they like and that they aspire to is always, I think, the best way of communicating what they’re looking for and, of course, you know, hearing their own music as well, what they’re doing. And I think as any good producer, I think it’s the job of the producer to not so much put their stamp on it or, you know, but really being about showcasing the artist, what they are.

RRFC: What do you think of the state of the music industry today, and is there anything you think really needs to change? Are there any cues we need to be taking from the more old-school approach, or things we just need to be doing differently?

Matt: Well, this is a good and a bad thing, it’s a double-edged sword: anybody can be a musician now, or anybody can have a band now, and there are so many bands. And so I feel like in some ways, [before] you had to have some sort of like ability to be in a band. Now I hear and see some bands that I feel like before, when I was in a band, they would’ve never gotten a show…so it’s good and bad. The other thing, I think, what’s killed the business is people decided at some point they don’t want to pay for music anymore. And the industry itself, on the industry side, they’ve definitely played into that with the streaming services that pay these fractions of fractions of pennies and stuff to artists for every play and stuff…not understanding that the people that put that music together put so much of their time and energy and spirit into developing that skill and ability, not to mention whatever it cost to record it and put it out.

Matt: As trite as it might sound to some, I say just practice. When I was starting out, even after I was already getting work and stuff, I would spend time just messing around, you know, learning, putting together libraries of sound that I liked to work with, just getting to know my gear, putting stuff through processes for the sake of putting it through a process or just so I could really get to know it inside and out. You know, it’s definitely not something that you read a manual on and then you can do it. I’m just constantly improving at it. As cliché as it sounds, it’s true. Every mix I do, I figure something out. And you’re always building on that, you’re just building on your experience. There’s no substitute for that.