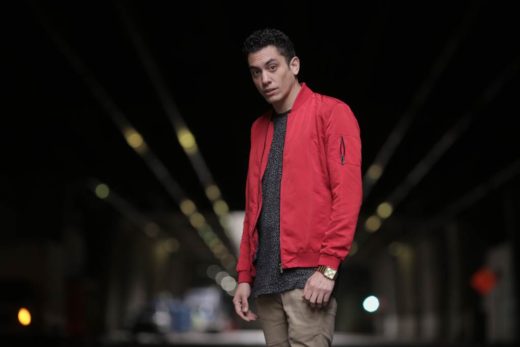 Producer/Engineer Joey Mora aka The Klassiks

Since graduating from the Recording Connection several years ago, Joey Mora has become well-established in the Los Angeles recording industry. These days, he works full-time as a producer/engineer, working on both his own electronic music career and producing other artists.

“I personally have three records out now through a label out in New York called Teknofonic Recordings,” he says. “And then I’m working with a bunch of different up-and-coming artists. One is Frankie Catalano. She’s got an EP that’ll be coming out probably in the next few months here…Another kid that I’ve been working with…his name is JohnBoyCOOL. And we’ve been working with him pretty much ever since about five years ago, doing all his production.”

From an early age, Joey says he had an obsession with music in general, and electronic music in particular.

“I grew up with a lot of cool electronic music influences like Fat Boy Slim, and The Crystal Method, and stuff like that,” he says. “I listened to those CDs over, and over, and over, and over, and over, and just, like, wondered how they did all that stuff with, like, a computer…I was just always, like, really into the technology side of music as well as just learning how to play instruments. So it was like kind of like my whole life I’ve been messing around with music and making music with computers and trying to record myself.”

Even so, when Joey graduated high school, the idea of a music career didn’t really occur to him at first. He considered both film school and law school before looking at audio schools, but shied away from all of it because the classroom approach wasn’t a good fit for him.

“I had gone to look at all the different schools around Hollywood and LA that do recording/engineer programs and whatnot,” he says. “And I would walk into a classroom and see all these kids taking notes and tests, and I was like, ‘Oh man, I don’t know about all this, I’m not a school person.’”

Joey settled down to a day job he describes as “crappy”—then he found out about the Recording Connection’s on the job training approach. “You’re…working with an actual working engineer in working sessions, learning how to deal with clients and do all that,” he says. “I was like, ‘Okay, this sounds like something I can excel at,’ because I’m much more like an on-the-job, like hands-on type person, as opposed to sitting in the classroom.”

Joey was placed as an externship with Recording Connection mentor Donny Baker at ES Audio in Los Angeles. Right away, there was a connection, and Donny recognized that Joey already had acquired some skills from exploring music and recording on his own. “I brought him some sessions and some stuff that I had worked on,” says Joey, “and he was just like, ‘Woah. All right…well, why don’t we just kind of accelerate you through this program? I’ll get you to start working with clients as soon as I feel you’re ready.’”

Toward the end of his training, Joey recalls having a crisis when he lost his job. By that time, however, his mentor had plans for him. “I remember being really upset,” he says, “…not really knowing how I was going to make money, and [Donny] just coming to me and being like, ‘Look man…I know it’s stressful right now…but this is going to be the best thing that ever happened to you because now you can do this full time. And you can put all your focus into it, and I’ll help you to make sure that you have money coming in.’ And he did.”

Within a couple of weeks, Joey was working at the studio full-time, and not long after that, Donny handed him the keys to the studio.

“That for me was like, wow, this guy really respects what I’m doing and wants me to be involved on a bigger thing than just being an engineer that sub-contracts out of the studio,” says Joey. “that was a really cool feeling…[that] someone that’s already successful believes in me so much, like, that meant a lot.” 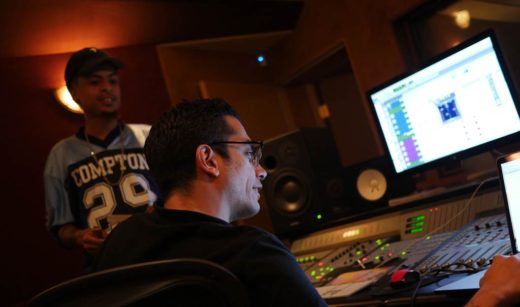 During the next few years, Joey continued working with Donny at ES Audio, which he says gave him an advantage while building up his own client list. “Donny kind of gave me free rein,” he says. “He’d say, ‘All right, this is kind of the base of what we need to make to kind of keep the studio afloat, and whatever you want to charge on top of that, go for it.’…It was cool because it was like, all right, I have this whole studio, so if I want to meet with someone, I don’t have to meet them at like Starbucks, I’m like, ‘Come down to the studio, check out where we can work.’ It just gave me that edge.”

Within months of going full time in audio, Joey also had the opportunity to meet and work with some top producers and engineers—including, it turns out, Grammy-winning engineer Dave Pensado, who mixed one of his client’s records at the world-famous Larrabee Studios!

“We walked in there, and I didn’t know Dave,” says Joey, “and I’m expecting him to be kind of arrogant…He’s like the nicest, chillest guy ever… It was a really cool learning experience…I think we ended up spending a week at Larrabee when it was all said and done, and just learned so much from them, so much from those sessions.”

Now several years on, Joey stays busy with his own projects, but he says he still stays in close contact with his Recording Connection mentor, and he still credits Donny for believing in him enough to help him get his start.