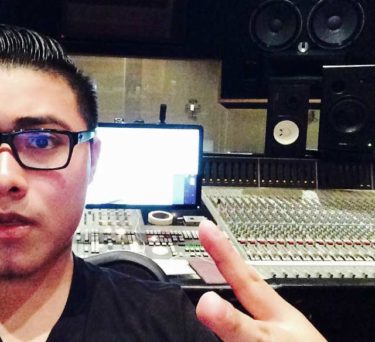 With the Recording Connection, we often say that the more you put into it, the more you get out of it. In the case of student extern Luis Garcia, he made the decision to get everything out of the program he that he could. Before he was finished, he would find himself learning one-on-one from Grammy-winning music producer Rahki (Eminem, Kendrick Lamar) through the Recording Connection’s prestigious Learn from Legends workshop.

Luis’ interest in producing, engineering and making beats started at an early age, to the point that he was already scoping out audio schools by age 15.

“At first I was looking into reaching other audio schools before I even graduated,” he says, so I was considering The Art Institute, Full Sail University. They were all great schools. I got accepted, but the problem was financial: they were just too expensive for me.”

After graduating, Luis spent a brief amount of time at Santa Monica College. “I was unhappy with what I was doing just because I knew I wasn’t in the right place,” he says. “So I just continued doing research. The next thing you know I see the Recording Connection.”

When Luis discovered he could learn in a real recording studio for a fraction of what it costs to attend most colleges, he decided to jump in with both feet. After completing the basic course at Serenity West in Los Angeles under mentor Steve Catizone, he went on to do the Recording Connection for Advanced Audio Engineering & Music Production program with Doug Boulware at The Abstract Recording Studios. But Luis still wanted to take things to the next level, so he decided to apply for the Recording Connection’s premiere Learn from Legends Workshop, a select course in which the student trains with a known, credentialed, award-winning producer after an extensive interview. Specifically, Luis asked if he could interview with Rahki.

“I wanted Rahki just because I felt like we identify more as far as music tastes,” says Luis. “He’s Kendrick Lamar’s producer, Eminem, and stuff. So I was like, that’s definitely my type of guy.”

Brian Kraft, Recording Connection’s Consultant, set up the interview. When Luis arrived at Rahki’s private studio in Burbank, he was understandably nervous, but that soon changed. “He made me feel super welcome and super comfortable,” he says. “That’s one thing I liked about Rahki, is that a guy of his profile, you would think that he could be intimidating, but to me he was super, super nice.”

It didn’t take long to get an answer back. “The next day, Brian called me, like, ‘Congratulations, you’ve got approved by a Grammy-award winning producer!’” says Luis. “Now I’m with Rahki and everything is just working out amazing right now.”

Luis says he drew upon his prior training with the Audio and Advanced Audio programs when going into sessions with his new mentor. “Rahki is a real busy guy where he brought in the artist that he was working [with],” he says. “I just had to lay back…because he told me, ‘Keep proper studio etiquette.’ So I applied what my past mentors had told me about how to behave in a session when you’re with artists. So I was just in the back of the room with my notebook just taking notes, staying quiet and just observing and reserving all the questions for the end, once the session was done… [It] helped me a lot just because, I mean, as an aspiring producer, working…engaging with an artist or with an engineer or songwriter, it’s really important just because you’ve got to have a specific vibe in the room, and you’ve got to know how to properly work and get around the session the right way …You’ve got to maintain a certain level of professionalism.”

During their lesson times, Luis says Rahki has definitely helped him up his game as a producer. “When I was with Rahki, I learned that when you’re making a track, you’re not just making a track. You’re making a song,” says Luis. “There’s a difference between a beat maker and a producer. A beat maker would be somebody who just makes beats that sound good. But a producer actually takes it to the other level and actually leaves spaces, leaves room for the artist to sing…Rahki helped me properly structure a song depending on what kind of genre I was going into.” 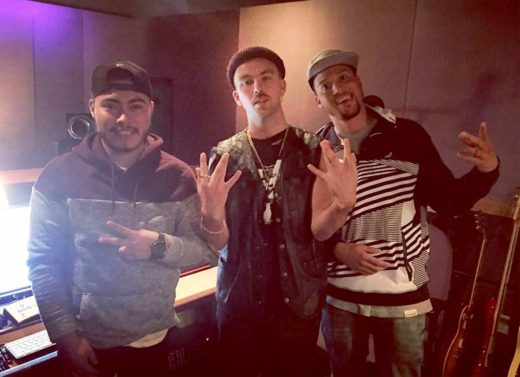 Now nearing the end of the course, Luis is applying what he’s learned to his own material, and Rahki continues to give him feedback. “I’m actually producing songs for my own artists that I have that we’re working on,” says Luis. “All these songs that I produce, I send them to Rahki… I send it to him first, and if he gives the final approval then it’s good to go.”

Luis credits his in-studio training for the way his career is now progressing. “Recording Connection itself, to me, is the best audio program in the world,” he says. “I don’t think another school will actually put you in room with a person so important or with a person with all these credentials, that’s won Grammys, and actually take you into a session with important artists… It’s an unforgettable experience that I’m living right now, in the Learn from Legends Workshop.”

Now that he’s been through not one, but three Recording Connection programs, what is Luis’ advice to other students?

“[The] first key is to have a great, great, great connection with your mentor,” he says. “Try to ask as many questions as you can… Always being available, being around…I was in sessions from the middle of the day to super late at night, and I’ll stay in there the whole time because you never know when there might be an opportunity that might come up late…Make sure that you’re worth having around, and when an opportunity comes in, you’ve got to make sure that you’re ready for it.”

As for Luis, he continues working to hone his skills and develop a successful career. “I just hope to continue doing what I’m doing, and Rahki was the key [to that],” he says. “Sooner or later, hopefully, I could say that I’m half as good as my mentor. In the end, that’s my end goal.”