ON HOW HE GOT INTO RECORDING AND ENGINEERING: 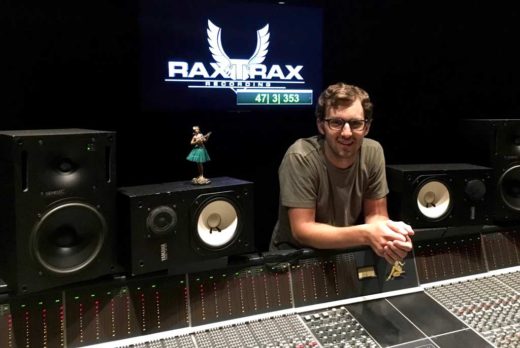 “I got into recording through the technical side of things. I was interested in checking it out and trying to record, so my brother and I bought some cheap software, found a toy microphone, and we gave it a go. I found that it was really interesting to me to work to manipulate the recordings to try to get the sound we wanted. I was interested in music, but it never really dawned on me that recording music was a job that people did. When I found that out in college, I thought ‘I’m going to give it a shot.’ I started to study audio formally instead of just on my own. I really fell in love with it. It became something that was really engaging to me on a lot of levels.”

HIS THOUGHTS ON THE RECORDING CONNECTION TEACHING APPROACH VERSUS TRADITIONAL EDUCATION:

“I went through a traditional four-year style school. In my final semester, I started an internship and I found that I was learning a lot of things that I’d never learned about in school. I was three semesters in at my school before I was doing some of the stuff that I might have my students do in their first week of the Recording Connection program. There are a lot of different audio programs out there. How effective any program is going to be for you personally really depends on what you put into it. You could really dive into any program and get something out of it, but I think Recording Connection provides an opportunity to do that in a different and more efficient way because it isn’t isolated from reality.”

ON THE IMPORTANCE OF COMBINING KNOWLEDGE WITH HANDS-ON EXPERIENCE IN THE STUDIO:

I can think of early on when I was at the studio that I’m at now, I had almost no experience on the type of mixing boards that we have there. The routing and the flexibility of SSL consoles is much more elaborate than your average mixing board. I would see some of the other engineers use the console in ways I was unfamiliar with. I’d say to myself, ‘Okay, I know that they’re doing this technique,’ but I wasn’t sure how they set it up. So I’d read the manual for the console and think, ‘Okay, so they’re pushing this button, they’re doing that.’ But it wasn’t until I was running my own sessions and doing it all myself that I could say, ‘Okay. Here’s the process of setting up this particular routing, this particular technique…this all is making sense now and I can do this.’ After reading the manual, I had a certain amount of knowledge… But the actual doing of it begins to unlock understanding. So in terms of my students, something that I tell them in our one-on-one lessons is that I’m going to tell you about a lot of things, I’m going to demonstrate a lot of things, and we’re going to do some of them together. I’m going to give you the opportunity to gain knowledge, but you have to be practicing these things on your own if you actually want to understand.” 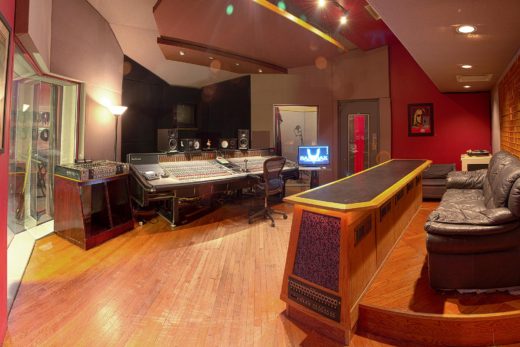 ON THE IMPORTANCE OF WORK ETHIC AND DOING THE SMALL THINGS OF RUNNING A BUSINESS:

“There’s a lot of people that have a dream of, ‘I am going to open my own studio.’ Okay, but you don’t just set up some equipment and then get to make cool records. You have to do everything. You have to do all the marketing, you have to make all the phone calls, handle all of the e-mails. You have to manage your accounting, you have to clean the bathrooms. And if you skip over the stuff that feels just like grunt work, if you’re just like, ‘Oh, I’ve just got to get this done, whatever,’ instead of actually doing a good job, you’re missing important work ethic things that you absolutely need if you’re going to survive.”

ON WHAT HE LOOKS FOR IN AN EXTERN:

“I try to look for people who I think are going to be a good fit for the team, someone that I think we can get along with. Someone that I don’t think is going to respond inappropriately around clients. Someone who I think will be teachable…those are a few of the things that I have been mainly looking for.”

ON THE IMPORTANCE OF HAVING PEOPLE SKILLS, NOT JUST TECHNICAL SKILLS:

“The way young engineers get early opportunities often comes from a situation where they can fill in at a time of need. But before I start saying, ‘Hey man, can you do this session?,’ I need to see, technically, they know enough of what they’re doing to trust them enough not to screw up and also that I don’t fear that they’ll conduct themselves in a negative way with a client. There are people that I think of very highly, like, ‘Man, this guy is great. He knows what he’s talking about,’ but I just don’t know that I can hand him a session because his people skills are a bit lacking. If someone can’t read the artist and interact with them based on what the artist needs, then it isn’t a good fit between engineer and artist.”

HIS TAKE ON WHICH STUDENTS TEND TO BE MOST SUCCESSFUL:

“They have to be proactive about it. They have to go look for it…You have to say, ‘I’m going to go sit in on that session. I’m going to go watch what’s happening. I’m going to make sure that I write down some notes [and] find out some questions.’ I’ve got a guy who’s not even actually one of my students, but he keeps a little notebook with him…and then he’ll ask me stuff about it at appropriate times; ‘So tell me about this…, why did you decide to use that? Help me understand this.’ That to me says, okay, you’re really interested in this and you’re working on connecting a lot of these dots. If you just think that you can hang out and learn in the lesson times and read the book and do some stuff at home, you’re actually missing out on a major part of the program. You need to actively engage with it—and then I should also add appropriately, because there are ways to not do that right—but if you actively and appropriately engage in the work of the studio, you will benefit far, far more than you would if you if you don’t. And that, realistically, is a major part of who continues on and who doesn’t.”