Donny Baker of ES Audio in Glendale, CA, has been a Recording Connection mentor for the past 15 years. Prior to that, he was a live sound engineer who toured with some very big names, including Madonna, Chick Corea, Herbie Hancock, Al Di Meola, Aerosmith and REO Speedwagon among others. Besides music, Donny has a real knack for helping dedicated students find their place in the business and go on to launch thriving careers. We recently connected with the star mentor to talk about what led him into engineering, garner some key insights, and talk about a few of his former externs who are blazing trails in the industry today.

ON HOW HE GOT INTO AUDIO ENGINEERING: 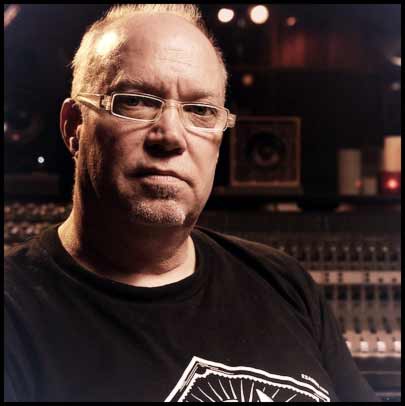 “In my hometown as a kid (in southern Louisiana), there was a local bar, and bands would play the bar, and friends from high school and middle school and high school who had formed bands, and then we all played at the local club. And that’s where the whole sound guy thing started. It just escalated from there… After college, I just packed the truck, kissed momma goodbye and came out to L.A. I made it happen.”

ON THE SUCCESSESS OF A FEW OF HIS FORMER EXTERNS:

[On Skyler Felix] “He left here and went to work at Disney, and he worked on Shake It Up for a long time. And now he’s working on a VH1 show, and he’s just doing all this cool stuff. He had a top-10 record on the dance charts in the U.K. a couple of years ago with this kid named Adam Tyler. I mean, this kid’s killing it.”

[On introducing former extern Morning Estrada to artist Trinidad James] “I brought Morning into the studio, and then he and Trinidad just hit it off. And now any time Trinidad goes anywhere, he brings Morning with him. He brings Morning to New York and Atlanta. That’s his dude. He’s killing the urban scene right now… A song that he was involved with won Record of the Year last time in the Grammys… And it’s just that kind of relationship that Morning has built with his clients, as being an awesome engineer. And I got to say that he got all his experience and jobs from me. I don’t mind saying that at all. I mean, he’ll tell you. He’ll say that I’ve taught him everything he knows. I actually talked that kid into quitting his day job. I don’t normally do that. I don’t normally do that, but I saw the potential that this guy had.”

[On what made former student extern Uriel Soto the person he wanted to hire] “He’s been with me almost two years, I guess, since he finished the program. He was in a position in his life where he was available to spend more time with doing this program, learning what he wanted to learn. And then I saw his potential, asked him to stay, and then just started using him for sessions, sitting in on sessions. He did work as a producer as well. He’s a great keyboard player and guitar player and bass player. He really understands music. He’s been playing music most of his life. He’s just really good at what he does… He’s just kind of subdued. He’s not an angry guy. I guess that’s a big thing in being an engineer. You’re the guy that everybody in the session is looking for to be the steady guy. So when things get tough, when things get hard, when things get funny, you’re the guy that everybody looks at. If the computer crashes, they’re all going to look at you. If their headphone mix isn’t correct, they’re all going to look at you. So you’re the guy. To be able to handle that is, it takes a special person, for sure.”

ADVICE ON HOW TO APPROACH YOUR MENTOR WHEN YOU JUST DON’T GET IT:

“You have to be engaged with your mentor. You have to trust your mentor. You also have to be…you have to talk to him. If you feel that you’re having trouble, talk to the guy. That’s why he’s there, seriously. I mean, say, ‘Hey, listen. I don’t really understand EQ. Can we not move on until I fully understand this stuff?’ Or, ‘Let me take an extra week and practice. Can you show me some stuff? Maybe let me sit in on some sessions,’ or whatever. But dedicate your time. Be there as much as possible.”

ON WHAT IT TAKES TO WORK IN RECORDING:

“You have to have a passion for it. You have to want to do this. I mean, if somebody’s doing this just because their mom says, ‘Get a job, go to school, or get out of my house,’ so they chose the go-to-school part, and they do this because they thought it would be cool, they’re not going to make it. It takes a little more dedication than that, than just not wanting to leave your mom’s house…You’ve got to dedicate the time. You can’t just come here once a week and take your quiz and go home and think that you’re going to become an engineer when you get your certificate. It’s not going to happen. It’s a matter of being in it and being on it all the time, every day… Be the pain in the ass for the guy. Have the guy get angry with you. ‘Uh, can you leave? Damn.’ That’s the guy I want. That’s the person I want to be my engineer. That’s the person I want work with— the person I can’t get rid of.”