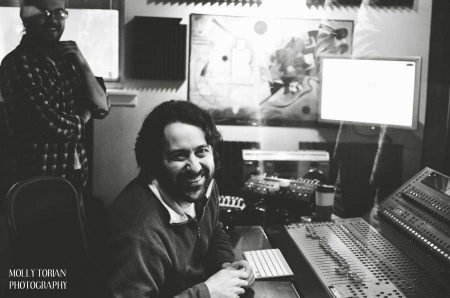 RRFC: How did you end up journeying into becoming an audio engineer and producer?

Paul Broussard: It went from drummer, to audio engineer, to producer…Obviously I’m still an engineer and a drummer. But lately, production has been really—instead of just recording stuff, being super active, like just a member of the band type person whenever artists come in. And it started because I wanted to make little sh*tty-sounding recordings of my drums when I was like 15. And so I started making little demos for my band, and then people were like, “Hey, can you do recordings of my band like that?” I started charging, and I got a little bit of gear, gained a little bit of experience, changed locations. So it’s a very organic progression.

Paul: I got a little bit of both. I got a good bit of outboard gear and I’ve got…most of the stuff that I record has a little bit of both. If I had more money, I would be more of an analog guy because my personal approach to recording is getting it right immediately. I would prefer to not have to wait to get into the box to make changes, to make sounds sound right. It feels better to me when it gets in recorded correctly and pulled up, and stuff like that.

RRFC: What is your approach to working with artists and guiding them through decisions?

Paul: Well, I’m an artist myself and so most of the decisions that I make…most of the time, me and the artist start on the same page….I figure out what they’re trying to do and what their approach is, and then I guide them. And most of the time, it’s not a problem. Locking stuff down like that early on always makes the vibe better because you don’t focus on one element too long…

RRFC: Are you saying you have to kind of hold on to that intuitive sensibility when you’re making music?

Paul: Yes, absolutely. That’s what I’m getting at. One of my artists today that I was working with, we’ve been working together for a while…We found that we stay super musical if we don’t allow ourselves to worry…just go with the ideas when they come, and the song starts taking on a character that sounds very musical, and it’s not so perfect.

RRFC: What’s your approach to mentorship, like that first interview when people come in and see the studio and sit down with you—what are you looking for in an extern?

Paul: To tell you the truth, what I’m looking for is finding the right avenue to connect with that student. Some people want to come in, and they’re very right-brained, very technical oriented. And so I can catch on with that and the stuff that keeps them super interested would be showing them the inner workings of gear, stuff like that. But then some of them are very left-brained and very abstract, and so that kind of approach wouldn’t necessarily work. Basically, it’s just trying to find the thing that gets their blood pumping…Every student is totally different, totally different. I mean we always follow the course curriculum, but it’s flexible in the way that I approach it and the way that I describe it and teach it. 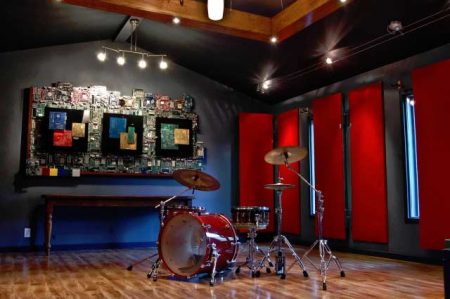 RRFC: You recently hired one of your students, Morgan Ramsey. So what was it that Morgan did right that ultimately led to you bringing him on?

Paul: I would say that for him, one of the defining qualities is that he was really a go-getter. Whenever I was talking about a certain subject, he understood it, and it was really easy…His personality and his demeanor was pretty much center of the dartboard. That’s one of those things, especially when you’re talking about a recording studio—we’re not talking about art here. We’re talking about business and art. He has to be able to deal with clientele, and it has nothing to do with the music. It’s basically…he has to be able to bring people in, have them feel comfortable, get the job done, and do that repeatedly. And he’s definitely one of the people that, when I’ve been teaching people here, he stood out as in he’s really good at it, and he can do that repeatedly…So I taught him everything he needs to know to run my studio, and he’s one of my roster of engineers that bring in clients and record people… told him, I said, “Hey, you’re hired here. You have my full blessing to go out and find artists…you can book people anytime you want.” He’s in my schedule. Morgan has access to my schedule.

RRFC: So if you’re giving a little bit of advice for these students, what can you say about what they can do to ultimately get hired where they are training or through one of the connections that they made through the studio?

Paul: They have to make themselves worth it…The reason that Morgan is hired here [is] because I’ve kind of adopted a new scheme of the way I’m doing things. I don’t have to be the only person going out, finding people, bringing them in and generating income and generating music…The more that I can keep that percentage of bookings up there, the better off I am, and also the better off for other engineers…[So for] some of my students I’ve offered, I said, ‘Whenever you finish this program with Recording Connection, I can hire you as an engineer.’ They’re not paid unless they bring in clients, but it’s really up to them. They can bring in as many clients as they want…You’ve got to fill a need for a studio, and make yourself valuable to them.”