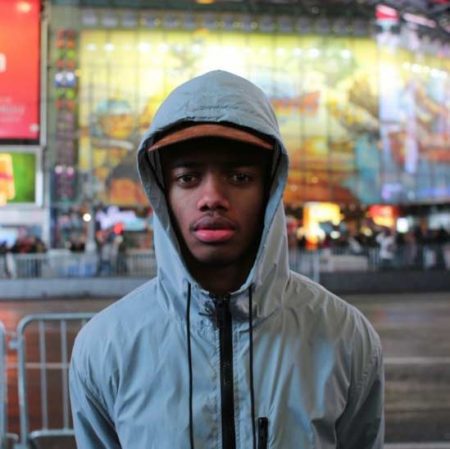 “I’ve always loved music,” says Recording Connection graduate Marcus Charles. “I think I was in seventh grade. I took this digital music course that was offered by my middle school and ever since then, I knew I wanted to make music, produce music.”

Since that time, Marcus has been completely dedicated to making his dream a reality. He began setting up a studio in his home in Suffern, New York (about an hour outside of New York City) and is already making great strides as a self-produced hip-hop artist. “I graduated high school last year,” he says. “So all the while I’ve been making music in my home, because I have a studio in my house. And I’m producing my first album right now.”

Even so, as a self-taught producer, Marcus found himself lacking the technical skills to bring his ideas to life. “I’ve been making music on my own, but sometimes I choke,” he says. “Like the ideas? Like I couldn’t bring my inception into reality…I was always able to envision it, but…I wasn’t able to create how I envisioned it.”

That’s when Marcus’ mom, an avid supporter of his dream, stepped in with an answer.

“My mom was always looking for things I could do, like to branch out and make connections,” says Marcus. “She actually discovered Recording Connection for me.”

Marcus decided that an in-studio beat-making and hip hop music school externship was just what he needed to up his game. To give him the best advantage, the Recording Connection arranged for him to train at Terminus Studios in New York City. “It’s a beautiful studio,” he says. “The energy in there was a positive energy…It was easy to talk to [my mentor]. He was straight to the point, like if you had a question, he was always open to any question.” 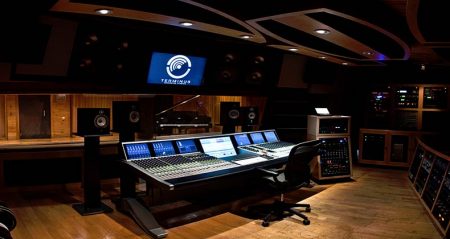 Studio A in Terminus Studios

Marcus says studying at Terminus helped him understand the importance of working with people in a positive way. “I’ve seen really how important relationships are in the studio,” says Marcus. “I’ve witnessed what transpired when there’s conflict between the engineer and the artist: sessions get ruined, and that is something truly unfortunate when the music is the only thing that matters.

Conversely, I’ve been in sessions where there’s nothing but positive energy…In the studio, progress and productivity is the goal, and a good relationship with the clientele or with the engineer allows for that to happen.”

Best of all, Marcus says his externship truly helped him hone his skills. “I had some basic knowledge of audio because I’ve been doing it all the while, practicing my craft by myself at home,” he says. “But after taking the Recording Connection, I really felt like I had a really solid grasp on the whole concept, the whole world of audio…I wanted to be able to create everything that I thought of, like how I pictured it in my head. And after Recording Connection, after taking that course, I feel like I’m able to do that now more accurately.”

Since graduating, Marcus is putting his newfound skills to good use in his own studio as he puts the finishing touches on his debut album, titled On a Hill, In the Trees. Marcus describes the record as a bit of a departure from typical hip-hop, incorporating elements like jazz piano, trumpet and sax, and even a fresh approach to the lyrics.

“I don’t smoke, I don’t drink, so that’s not getting in my music,” says Marcus. “I don’t really party, I’m just working on music, so that’s not in my music…On A Hill, In The Trees is simply a collection of my thoughts literally on a hill, in the trees where my home and studio is located. The seclusion this place provides creates a sense of solidarity for me and causes me to be in my own head often times…In essence, On A Hill, In The Trees is a description of my world and how I interact with it.”

Talking with Marcus, it’s clear that his time with the Recording Connection has added a new dimension to his artistry, and he’s well on his way to a rewarding career.

“I’m very confident in what I’m doing and the music I’m creating,” he says. “I’ve been very excited about my album that I’m producing right now for a while. I’ve been trying to up my craft, and I feel that I’m at a point where I can really make music that I want to.”