The career of Recording Connection student-turned-mentor Matt Collett is a great lesson in passion, dedication and perseverance. From his early days as a Recording Connection student in Atlanta, Georgia, he eventually returned to his hometown of Savannah, where he and his business partner, Colin Motlagh, now run The Garage Savannah, a community-focused recording studio with an innovative business strategy, which they literally built from the ground up. And today, thankfully for us, he’s now become a mentor himself, passing the skills he first began learning as an audio engineering student to the next round of up-and-coming audio engineers.

Matt first came to the Recording Connection in the mid-2000s, externing in a recording studio in Atlanta, Georgia. “I couldn’t necessarily afford to go to school really, like a full-on college,” he says, “not that I would have wanted to anyway. I guess for me that was not the route, you know? So when I found Recording Connection, it just seemed like the obvious choice…I liked the idea that it put you right into the studio rather than another classroom. And it was a great program. [My mentor] definitely went above and beyond…I would definitely say the majority of my technical knowledge and my knowledge of recording itself comes directly from [my mentor] Chuck for sure, and this program.” 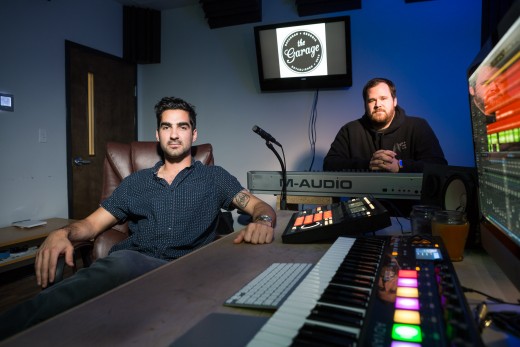 After graduating, Matt stayed on in Atlanta for a while to engineer at his former mentor’s studio, along with doing session work as a drummer. But eventually, along with a partner, he decided he wanted to return to his home town of Savannah to support the local music scene.

“There’s just so much great talent here,” he says. “There’s just not really a lot of outlet for it. And the independent music community has come a long way in my time of being around, like from when I was a teenager to now. But there are definitely acts, and even whole genres that are really overlooked. Savannah, on the rock and roll side of things, isn’t hurting for representation because internationally Savannah is known for heavy music, you know? Three of the four biggest metal bands in the world right now are from Savannah… but other genres like Hip-Hop – Rap, R&B, Pop, and Country, while full of talent, are largely under represented. We both just wanted a spot where we could work with artists and other bands in town, but on our own terms…I guess you could say we’re trying to just bring a little bit more awareness to the other music, other than just the heavy music that is going on in this town.”

Of course, the process of building out the studio and setting things up—that’s where the perseverance came in. In fact, the entire process involved a learning curve of about six years.

“We tried for a couple of years to find a building that would work and that we could afford,” says Matt. “And the biggest issue was, when you’re thinking about all the different things that happen in this facility, location becomes really, important as well as security in Savannah, you know? Security for the artists, and for our client as well, for us…Being natives of Savannah, it’s a little easier for us because we know the area so well, where we want to be. So it took a long time to find that, and then once we did, we found a vacant lot, and it was just too much money for electricity and soundproofing and having all of the different things we were going to have going on…So, we took a little bit longer. We really had to beat the bushes to get the money together and get loans cause we’re just young…Neither of us had ever run a business before, we’d never been the owners before.” 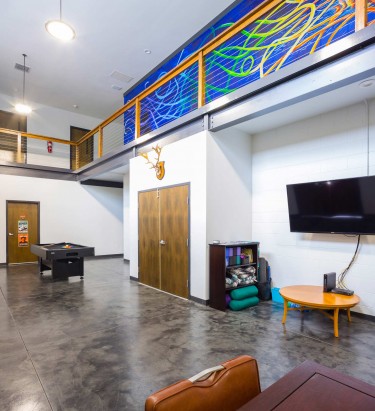 Being creative and cutting costs also meant learning some other new skills, as well. “We both worked at the same job,” he says. “My partner was a mechanical engineer, and I was working at a cabinet shop that built the stuff that he drew plans for, and whenever we found the land that we wanted, we put an offer in on the land, and then I left the job at the cabinet shop to go work with some of the musicians in town who owned an electrical company…I went to work with the company for a year to learn to do electrical, then hired them to do my job [wiring the studio] so that I could work for them on the site of my job and do it all here.”

The perseverance and dedication have paid off. Today, The Garage Savannah is a community-focused, multi-faceted music space that incorporates a project recording studio, soundproofed rehearsal spaces for rent, music lessons, workshops and other events—even yoga on Sundays.

“We just have this big open lobby,” says Matt. “We always thought it would be kinda cool to have yoga in here. Sundays are the only days we’re not totally jammed in all the time…It’s kind of like a nice reset in place for us for the week, or anybody that takes it. It winds up being like some of the guys’ bands there, and their girlfriends come.”

The collaborative vibe carries over to the studio, as well, as Matt and his partner Colin Motlagh take more of a producer role with the artists they take on, often contributing musically to tracks and even bringing on other musicians in the community to see projects come together. For Matt, the multi-faceted approach is all part of the plan.

“We could have easily done any one facet of the building that we did, and done it on a much smaller scale,” he says. “The whole point, really, was to set up something that served the community but also gave us a professional studio to be able to use with less overhead. We’re not, by any means, really profiting off the local bands. Basically the whole operation essentially just sustains itself and then the studio is really the X-factor… It was important to us just to set up a really stable model [so that] we would not have to, I guess, capitalize on local bands and the culture. That wasn’t the idea. It was really to supply and fill a need, but then allow us the resources that we need to now do bigger projects.” 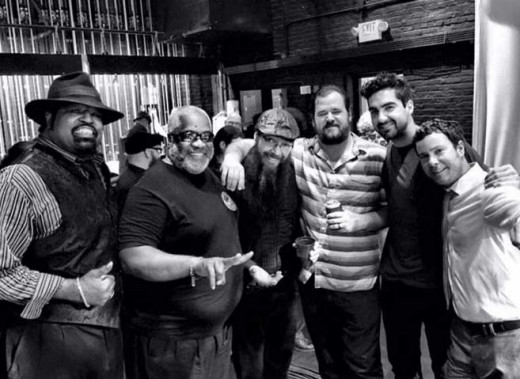 Students who train with Matt at The Garage will have the opportunity to develop an understanding that’s multifaceted.

“Our studio is a bit unorthodox as far as normal commercial studios go. There are a lot of different things going on at the same time, and the majority of our studio projects we are the producers, engineers, the writers, the label, the publisher, everything. Our student externs will be really immersed into every aspect of the record making process, gaining a better understanding of why we do things the way we do, not just how to repeat a process, but to learn to critically approach situations, both musically, and professionally.

Thus, starting off with the skills he originally learned from the Recording Connection, Matt’s passion and persistence have resulted in a unique studio that serves the needs of the musical community in Savannah. As Matt now takes on Recording Connection mentees of his own, it’s obvious that apart from teaching the technical skills, he’ll have a lot of wisdom to share with his students about putting those skills toward a rewarding career.

“The thing that really drew me to mentoring for Recording Connection other than the fact that I myself completed the program, is that it gives both me and the student a clear cut end goal and timeline. Rather than just sitting in a classroom, or being a glorified coffee runner, they are really learning with an actual curriculum, and ultimately receiving some sort of accreditation for their work, and continued assistance with pursuing a career in what is definitely a complicated industry.”