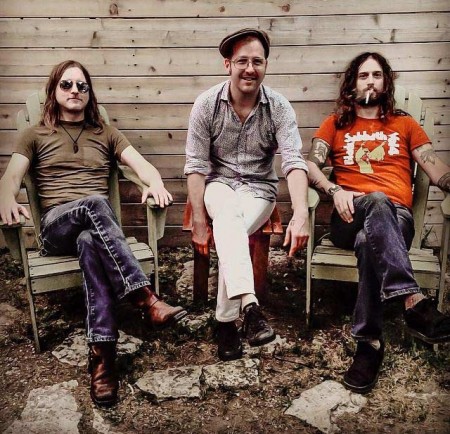 The story of Grammy-nominated producer/engineer and Recording Connection mentor Chris “Frenchie” Smith is in many ways the ultimate lesson in what can go right in the music industry—from the unique way he got into producing records to the doors he now opens for his best externs. Operating out of The Bubble Recording Studio in Austin, TX, Frenchie has been ingrained in the busy Austin music scene for many years, from playing in a popular alt-rock band to recording for other top Austin acts like Ringo Deathstarr and Ume, and eventually working with national acts like Los Lonely Boys, The Dandy Warhols and Meat Puppets. He also recently co-produced Gregg Rolies’s vocals (along with Gregg’s son Sean Rolie) for the highly-anticipated Santana reunion album-Santana IV, slated for an April release.

Needless to say, there’s a lot students can learn from Frenchie’s story—starting with the way he got into studio life, which he says was initially as a band member with 90s alt-rock act Sixteen Deluxe.

“Being the band-appointed representative to talk to our engineers or producers when we would be making recordings, it was up to me to learn how to speak their jargons,” he says. “Anytime the producer was working on our album, I was there. And, it didn’t mean that I was telling him how to EQ things, but I was certainly hearing him pass in between different types of microphones, what a keyboard’s part sounded like with and without compression, with tube compression versus solid state compression. Being able to hear compression added as a tonal character maker versus just using it as a utility piece, being able to get my hands on the board and be able to write automation fades on the tape machine, on the console where we were mixing it all, that was incredibly eye opening.”

That’s where it started for him. “At the end of this long recording process,” he says, “I came back to Austin, and I just started telling my friends that I liked their bands. I started telling them I was a record producer. And most people laughed…We didn’t have social media, so I just started hitting the streets, telling everybody I was a record producer and I needed a recording studio. And a very sweet guy came and called me up and said, ‘Hey, my boss told me I could use his recording studio while he is on a business trip to England.’ And that was my in. So, I found this studio space for $0. The in-house engineer, he needed more hands-on job training, and I needed a place to work, and the band needed a studio. Absolutely, the stars aligned, and there it was…I was magically in the game.”

For Frenchie, it began as an opportunity to offset the costs of the band and give them opportunities to record cheaply. “What I, in theory, was doing was continuing to record bands, help offset the monthly nut for my band to have this amazing space to record in,” he says. “And when I got ahead financially on recording, keep buying more gear and learn more tricks, then I would fuse that into our records. So, we set this gear up, and the band gave me carte blanche to go spend about nine months just to make as many recordings with other artists in our community as I could, and get my confidence up and get my relationship with the tape machine, keeping it calibrated, and just a feel for it, and learn the acoustics of the environment.” 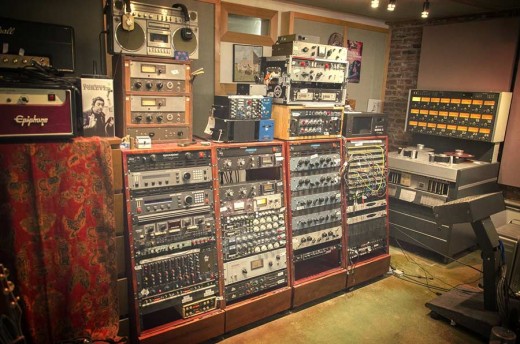 But it soon became apparent that Frenchie’s priorities were changing regarding the band. “I feel bad for them,” he says. “They had to completely extract me from multiple records [he laughs]. I went in deep, and that whole agreement was just lost on me…I just couldn’t stop, it was amazing…I was going through my community and working with my best friends. It was awesome. And once I had made about one record with every one of my best pals, then that’s when the playing field got a little more even, and it was time for me to just start working with musicians and bands that we didn’t know each other’s life stories. Our commonality was music.”

Frenchie’s obsession with the studio eventually led to working with business partner Alex Lyon at The Bubble, now one of Austin’s go-to studios for local and national acts alike. Frenchie is in-demand as a producer for his ability to craft rich, warm sounds with analog tape while still taking advantage of the digital tools now available in the studio. “I do not miss, on a daily basis, putting up 2500 feet of tape and going through multiple drum takes, and whipping out a razor blade to compile a drum tape,” he admits. “Just the ease in being able to composite joint performances in the digital world is fantastic, and then obviously, being able to edit something really aggressively. And within about two minutes, it’s amazing you can rearrange songs and give the band a day to think about it, it’s great. So, there’s pros and cons of both of them, but I definitely try to use tape as much as I can. I have an analog brain.” 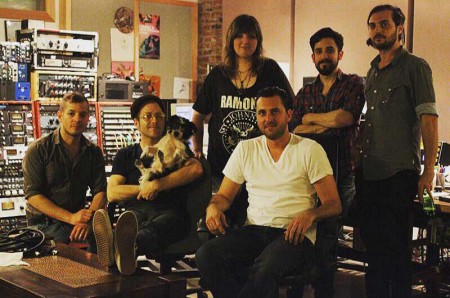 These days, as a Recording Connection mentor, Frenchie is now imparting his life lessons to those who train with him. He’s particularly impressed these days with one student in particular, Lindsey Kappa.

“Lindsey worked on this record, it’s an album by a band called Scorpion Child, and they are on Nuclear Blast,” he says. “It’s a German and American record label. It’s their second record, and that’s going to be just an amazing time piece, in a Ronnie James Dio rock and roll rainbow vibe. So it’s something that people don’t hear a lot of these days. It sounds amazing.

“One of the projects she assisted was me producing Hunt Sales,” Frenchie continues. Hunt was the drummer on Iggy Pop’s Lust for Life. He was in David Bowie’s Tin Machine. And she’s just hanging out with them and talking to them about drum grooves, moving mics, helping out, just getting along with them…And Jimmy ‘Two Fingers’ was on bass. He had just left Buckcherry. Now he’s playing with the Cults. So she’s hanging out with these antique rock dudes, and just kicking ass, and they thoroughly enjoyed her.”

Because of Lindsey’s performance as an extern, Frenchie is now looking towards her future. “She’s really important,” he says. “She has a real voice on her…she may find her own journey on that duality of being a performer, and then a recording engineer and producer in the studio for other artists. So, I see some commonalities in her that I see in me…Some of my really dear friends have a commercial studio in Austin, and it’s run by a female. And I want to take Lindsey over there and just introduce here to them…They’re a conglomerate, but it’s all under the Willie Nelson umbrella. I want to take Lindsey over there and just [say], ‘If you guys are doing anything to do with the Austin City Limits Television, she could help with that. If you’ve got anything going on with the music venue at the W, the ACL Live, she could do that…she could handle anything you throw at her.’ But she’s got something to offer, and I want her to enter ground level as something on a massive commercial level.”

On a personal level, even with years of experience under his belt, Frenchie still keeps things in perspective regarding his own career. “Personally, I don’t ever want to get to a place where I’m so entitled that someone sings the vocals once or twice, and I go, ‘Yeah. It’s cool enough,’ and I just Auto-Tune the hell out of it, and it’s done. Infusing amazing editing tools or tracking tools is something that the modern recordist must continuously ask ourselves and police ourselves.”

As a musician himself, Frenchie also has keen insights on how to work as a producer with musicians in the studio—something he tries to impart to his students. “[Artists] don’t really care about how cool the microphones are, what the console is,” he says. “They love having a great headphone mix. They love being encouraged. They like that there’s toilet paper in the bathroom. They like a free donut every once and a while. They like one-on-one interaction and being encouraged to kick the living sh*t out of their performance, and be better than they are today. Be six months better than they are today, now.”