Coke Youngblood from Marketing at Interscope to Making Music Professionally For some people, working at Interscope Records would be enough, a long-term goal fulfilled, a culmination to their story. Not for Coke Youngblood. He had other plans.

Sure he’s one of those guys who could say, I moved from San Antonio, Texas to LA to live in the big city and work in the music industry, tell that story. But that’s not his story. A lifelong musician, he wanted to get his hands dirty, be on the frontlines of making music.

When asked about the insights he garnered under Warren’s direction, Coke says, “Warren is extremely professional and he knows exactly what he’s doing…a very ‘just get it done’ kind of guy. He just gets in there and trusts his instincts.” Coke also saw firsthand how drive and skill trump great gear, even when you’re surrounded by it: “[Warren] doesn’t care about the type of amp or the specific type of microphone. What he cares about is working with the talent and sculpting the artistry that they make. Giving them space, but still letting them know that they need to keep their work inside a specific area.” Coke says the experience has “just helped me trust my instincts more and know, ‘Okay, what I’m thinking is right. I’m going to go with that.’”

So what advice does Coke have for Recording Connection students who want to make the most out of their learning experiences? The answer can be surmised in one word–listen.

“Listening is always better than talking… just staying quiet and observing what they do, knowing that every little detail, even if it’s boring, is always very important.” *

Meanwhile, Coke has placed a number of his songs commercially, including one for Gillette Children’s Hospital and Kia World Cup!

* We think asking questions (at the right time) is important too!

Catching Up with Morning Estrada on Working with Brandy, Rosalía, Camila Cabello & more!


Miley Know tells how she placed 2 of her beats with Wu-Tang Affiliate! 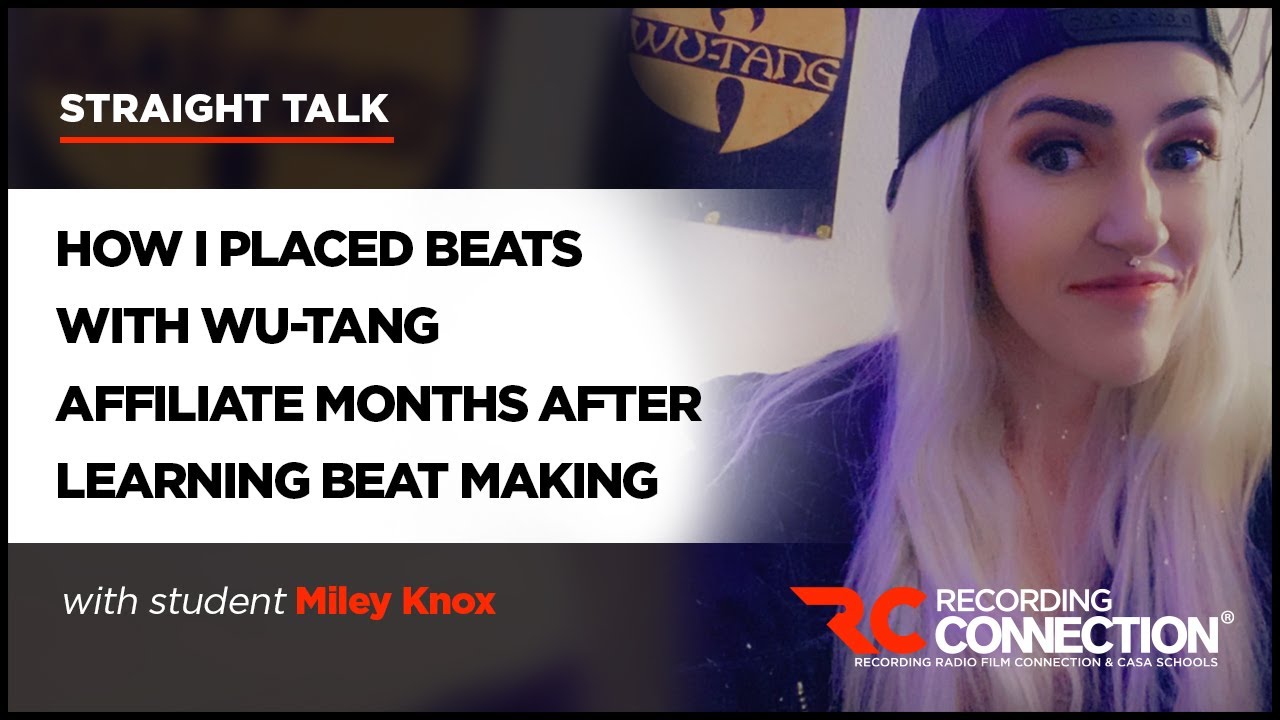