Recording Connection mentor Doug Wallace on How Students Can Impress Him

With more than 30 years of professional music industry experience, there’s little that Recording Connection mentor Doug Wallace hasn’t seen. Since beginning as a drummer and guitarist, playing in several bands, then moving to the production helm, Doug has built a solid career with combined expertise in live remote recording and studio production, which has kept him quite busy over the years with a variety of clients, including 90s hip-hop star Krumb Snatcha, singer-songwriter Jonathan Edwards, blues-rocker Rick Derringer and many others. As the owner/operator of Studio 128 Recording Doug is able to give his students a well-rounded experience both in live and studio recording.

During the following interview with RRFC, Doug shares a bit about how he came into the business, how he involves his students in his projects, and how mentoring others keeps him grounded as a professional. 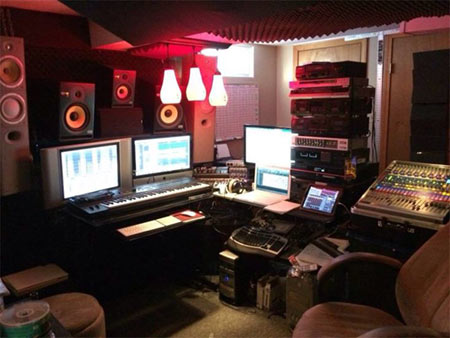 RRFC: What got you started as an audio engineer/producer?

Doug Wallace: I played on a bunch of records for local bands or my peers and so forth, a couple of my own bands…and the process of mix down or whatever happened to be in our heads at the moment, it just was very difficult to articulate to whoever was producing a record or engineering a record, and saying, “This is not really what we are hearing in our heads,” and kind of getting the feeling that I’m looking for a little bit more control in the overall sound of the album or particular track or whatever the case may be. So I decided to just basically build my own studio. Of course that came a little later, like 10 years later. But you just go through motions and acquiring the gear and just kind of record some records and tracks…And having the opportunity to experiment and kind of play around with different sounds and compositions and so forth, and not having to pay somebody $40 or $50 bucks an hour or $100 bucks an hour to do so, was a huge, huge education for me. And anybody who happened to be there at the time, there is a lot of input playing with other people, and they have their ideas, and you’re able to take the time to articulate those ideas and really make it known because you’re not under the pressure of a clock ticking. So then once word got out, and lots of peers would hear the results, then they’d be asking for me to record the album, and it just kind of blew up from there.

RRFC: How did you come to the decision, “I want my own studio now”? You mentioned it took about 10 years, but was there like a final breaking point where you said, “I’ve just got to do this”?

Doug: I lost a really good job…The recession kind of forced my hand on it, I think. I would pick up gigs here and there, been playing in the same band for about 16 years and had some other projects I was dabbling in, and it was okay. But on the off season with the snow and all that, there really is a seasonal break when it comes to live music or live gigging…Losing the 9 to 5 gig and really having to buckle down and say, “Well, if I’m going to do anything, now’s the time to do it.”

RRFC: Was that sort of a blessing in disguise in that regard?

Doug: I think so, myself and my family certainly look at it that way.

RRFC: Are you happier now that you have a little more control?

RRFC: Any great sessions or clients that you’ve gotten to work with lately?

Doug: Just wrapped up a live album with Jonathan Edwards. He’s known for big songs in the ’70’s, “Shanty” and “Sunshine.” …One of the board members on this particular TV station happens to be a huge music buff, and he side-jobs as a videographer and he has full use of this TV station. What he does is he’ll…Any big national acts like Rick Derringer, Robin Trower, Les Dudek, all the big names of blues, if they’re supporting an album or supporting a tour or whatever the case may be, they’ll swing in and do a one-hour shoot with five high-depth cameras in front of a live audience. My position in this particular project is being the front of the house supplier and also tracking the session, and then we’ll track eight to ten songs or whatever they can fit into an hour in front of that live audience. Then we bring it back to the studio, we mix it down, and then send it back to the TV station or the video studio, and they drop my audio in their video, and then it gets released wherever they happen to be slated, whether YouTube or a documentary or a movie or whatever the case may be. That happens two, three times a month, It’s kind of a cool gig. It’s great for students as well, because they are able to attend the actual tracking. They get involved in the micing, they get involved of routing and things of that nature. We get there long before the band shows up and get the PA set up, so they’re not only looking at just a sterile environment as a studio and can be really in control, but it helps them in troubleshooting, because once your studio is up and running and everything is kind of labeled out and tacked down and taped up, there’s not really a whole lot that goes wrong other than some glitches that’ll happen and some DAWs versus the others.

RRFC: Are any of your externs who are doing particularly well right now?

Doug: Tim Barry, he’s building a studio, a home studio at his residence with his father, and seeing him come from [being] an aspiring hip-hop artist into really developing a strong ear for not only composition in hip-hop but an engineer as far as mix down process goes too, and being involved in these other genres other than hip-hop…A composition in hip-hop is just way simpler versus say a pop song or a rock song or modern country song. And we do all that here…So I think listening to that and seeing it develop has really made a difference, especially in Tim’s mind and on his ear. You see his beat-making skills, you see his composition that comes into play because he’s experienced that in other types of genres that wasn’t present a year ago when he started. 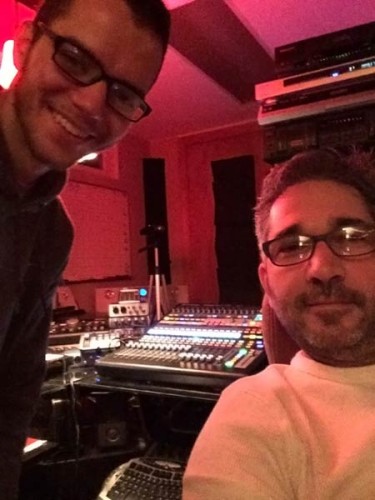 RRFC: What can an extern do in his off time to impress you when he or she gets back in the studio?

Doug: It’s funny, It seems like they never really go anywhere…I constantly get emails, I constantly get quick little texts here and there, things that they’ve heard or things that have inspired them, things that they’ve run into during their own either performances or recording or setting something up or at somebody else’s studio, and something that reminded them of myself or a lesson that we had talked about, or whatever the experience is. So they never really go anywhere….I’m impressed with the fact that they don’t punch out, you know what I mean? They’re always on the clock, they’re always moving, they’re always learning, they always got the ear on something, and they’re always willing to share it. I get a text at 2:30 in the morning, just something that happened to whoever, or, “Here, check out this link. How do I get my drums to sound like this,” or “What do you hear in that?” It’s kind of cool. It’s definitely impressive to me.

RRFC: What sorts of mistakes do you see being made by a younger generation of budding engineers as far as etiquette that you would like to see improve?

Doug: I see people, especially younger kids, they flounder on how to actually communicate…It’s your job as an engineer, it’s your job as the person in control of the actual project or this whole steamship or train moving forward, to keep things going clearly and cleanly and just as we spoke about during the preproduction meeting, because nobody else is going to keep that sight line in place. When you’re dealing with artists, there’s a lot of creativeness that goes on that can actually steer you in different directions, and my job as an engineer, as a producing engineer, is you need to keep a hand on that and keep reminding them of the vision that we spoke about. If it’s changed, that’s fine, but let everybody know that the change is happening. It’s my job to say, “You’re kind of steering away from what we had talked about, and if that’s what you want to do its fine, but I need to let you that this is kind of off course, and it’s going to cost you more money.” So as somebody who doesn’t talk to anybody and basically texts everybody and talks to everybody through Facebook and Snapchat, those skills that you usually develop through just talking to people through life are not as inherent as they once were.

RRFC: What was it about the format of learning with the Recording Connection that made you want to be a mentor?

Doug: The fact that there is a mentorship program, meaning that these kids don’t have to travel across the country in our case, to reap the benefits of acquiring some practical knowledge…The fact that you guys at Recording Connection, take kids and place them in working studios where people are actually doing something hands-on, and they can get some one-on-one information and time, is probably the final package for me.

RRFC: What do you think makes the program a valuable asset not only to the extern but also to you as the mentor?

Doug: It keeps me grounded in basics, because when you do this type of work every day, just like anything else, you start taking shortcuts, and you got these templates built, and so forth, and you really start forgetting the basics. So every time a new student comes through, you have to kind of put yourself into check and realize, “Okay, I’m kind of missing a couple things here. I forgot to do some gain staging, which I really should be doing instead of spending so much time in post-production. If I just game stage it right from the get-go, I wouldn’t be messing around with this mix now.” Things like that help you keep things in check, because there is a certain flow of doing things, although there’s no right or wrong to any of this, but there are certain guidelines you want to follow that kind of works with your work flow…I have a younger aspiring hip-hop artist who knows the values of knowing the production side of things, up to a 45-year-old who has been around music his whole life and has made CD’s and just really wants to know what the engineer is doing to get the end result. He wants to be part of that. So it really keeps me grounded.