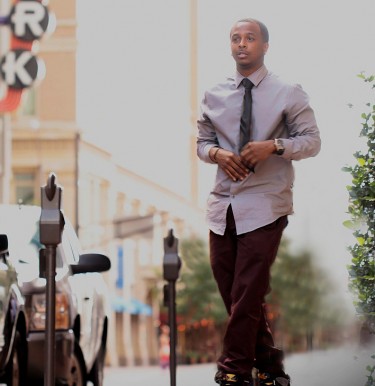 When Dez Ward first found the Recording Connection, he was simply looking for a way to learn the ropes of audio engineering without having to go back to school. Little could he have guessed that enrolling in the program would have landed him in a one-on-one externship with a Grammy-winning producer/engineer working in recording sessions with major artists like Kirk Franklin.

Originally hailing from Tulsa, Oklahoma, Dez had graduated from Rogers State University with a degree in sports management. But his true passion was music, so after graduation, he decided to move to Dallas, Texas to try to break in to the music scene there as a producer/engineer. But he soon found his skills and connections lacking.

“I’d been with it for about five, six months I believe,” he says, “and you get tired of being at the ‘home studio,’ and you know you’re capable of doing much more work and getting out there more. So I’m like, man, I’ve either got to go back to school, or get with somebody who can give me the access to an actual studio…So, I did my research and, at first, I was looking into college/university, but I didn’t want to go back to school.”

When he discovered that the Recording Connection could get him into a real recording studio for an externship, he jumped at the chance. Before he knew it, he was on-the-job at Luminous Sound learning as a student extern from two-time Grammy-winning producer/engineer Tre Nagella (Lady Gaga, J. Cole and others). The two hit it off pretty quickly, and Dez wasted no time in picking Tre’s brain to learn all he could.

“He is super humble, man, and he’s a great teacher,” says Dez of his mentor. “When I’m there I try to ask as many questions as much as possible. I actually try to bug him. As far as the stuff that we go over, I’ll go back home and I’ll try to put it to use. When we’re there at the studio, if he’s doing something, I may be in the other room doing something, but when it’s time to go over the lessons, we really get deep into it.

“When I was watching the introduction to the school,” he continues, “one thing stood out to me: ‘Make sure that you bug your mentor.’ And I started laughing. I was like, ‘That’s totally me.’ I’m asking all the questions. I’m writing down everything I can. That relationship, man, you don’t get that one-on-one relationship with most of your professors.” 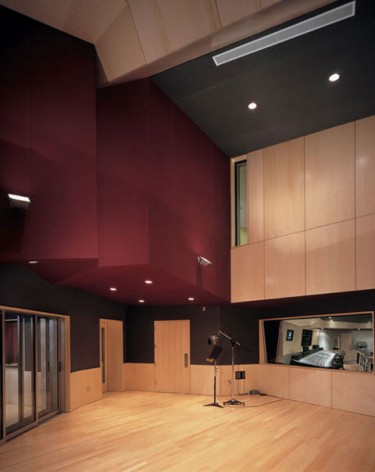 It gets even better, as Dez tells us part of his time learning in the studio has been in session with a Grammy-winning artist. “I’ve had a chance to experience a whole album process with Kirk Franklin,” he says. “Got some connections with them…The whole album process, man, that was dope. To sit right there with Kirk Franklin and see how he works and all that type of stuff is pretty inspiring as well.”

Dez says that by watching how his mentor works in the studio, he’s also seeing the business side of things, which he’s been able to tie in to his background in management. “From the ground up, I’ve learned what it takes to build a studio, and it’s not easy,” he says. “It makes you really open your eyes….There’s a business side to it as well. If you want it, you really gotta go get it. Nobody’s going to babysit you or anything like that. It’s teaching me a lot.”

He’s also paid attention to how his mentor works with clients. “You have to be able to have confidence,” says Dez. “When it comes to guest studio time, when it’s on a business level, you really have to put your foot down. I’ve been one of those types of guys to be lenient on things, but I’ve been taught that your talents do cost [something]. You do want to look out for people, but at the end of the day, if you’re going to put your money and time into it, and if that client is serious enough, they should be able to do the same.”

As Dez continues working through his externship with Tre, he not only is learning the skills he needs to make it in the business, but he’s also understanding the power of relationships, something he doesn’t take for granted. “What you get out of it is worth it in my opinion,” he says. “If you’re in an actual school setting with a professor, you have the books. You’re going to learn as well, but you’re not going to get that hands-on experience and that one-on-one relationship with top artists and people like my mentor Tre. We’ve become pretty close.”

For Dez, learning in the studio is only adding fuel his passion, and he looks forward to what he can accomplish in his career. “Knowing that I’m going to learn something new each time I go in there is definitely exciting,” he says. “I’m inspired by some greats, and that’s my goal—not to be exactly like them, but I want that level. I know there’s other great engineers and producers out there, and I’d love to work with them. But I’m definitely going to have my land as well, just like other people did…I’m going to give it my all because this is my passion.”